There are some articles I write that sit on my desktop for months before I finally submit them to Mud Run Guide. I often have a back log, so if it is not referencing something that recently happened, I will typically send it in once there is a lull in my articles. One of the ones I had written was called, “Midwest Rising.” The article highlighted several Midwest race series including Conquer The Gauntlet, The Battlegrounds and the Fugitive Run along with talking about the training group Mid-America Obstacle Course Racers I figured the material in the article would still be relevant in a couple of months so there it sat, waiting on my desktop.

However, on New Year’s Eve, the Fugitive Run finally got caught and joined events like Superhero Scramble and Atlas Race. Here is what I wrote about Fugitive run in the Summer of 2015: 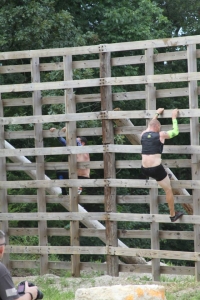 The Fugitive Run is a permanent course at Fugitive Beach in Rolla Missouri. At around 4 miles in length, the course boasts over 100 obstacles. Unlike some other courses, their obstacles have an unrefined look. Instead of shiny plexiglass and fancy paint schemes they appear more homemade but are still safe and well built.

The course is a little more rugged but I but I kind of like it that way. For such a small race, they give away an impressive amount of cash for podium finishers. Unlike other race series that are known to give away lots of cash and then fold under financial pressures, Fugitive Run is not going anywhere. 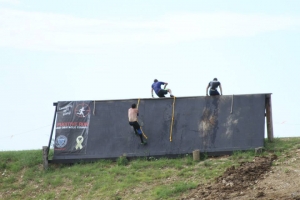 Fugitive Beach swimming quarry located in the middle of Missouri and was home to Fugitive Run. The venue gets the majority of its money through beach attendance and concessions instead of obstacle racing. This means they can put up bigger cash prizes without going bankrupt. You cannot beat a prize purse like that, especially for a small family-run operation.

If you miss one of their main events during the year, don't worry you can go down to train on their sprint course at any point as long as your coordinate ahead of time. In 2015, they offered $1000 prize for the winner for the fastest completion of the sprint course, which was about a half mile packed with upwards of 40 obstacles.

The Reality of Obstacle Racing

So my assessment was apparently wrong regarding what I perceived to be the longevity of the course. When I contacted Fugitive Run for comment here is what they said:

“It simply boiled down to this- the beach took off in a way that no one could imagine. With the magnitude of guests we have at the beach, we found ourselves having to cut into obstacle areas just to accommodate beach goers. When the end of the year required me to really put pen to paper, it just didn't add up in my favor to keep going.

My suggestion to OCR athletes is this: if you enjoy a course, by all means recruit, recruit, recruit. These events cost more than you can imagine, not only in money but in time. If you have a fixed course in your area, volunteer – and not just for event days. It's an awesome sense of connection when you help build the latest and greatest obstacle. While Fugitive Run Mud Obstacle Course may be gone, you will still see Fugitives out there on the course. Because of my love of the sport and my athletes, Fugitive Beach will have a racing team. I just couldn't fully let go….” 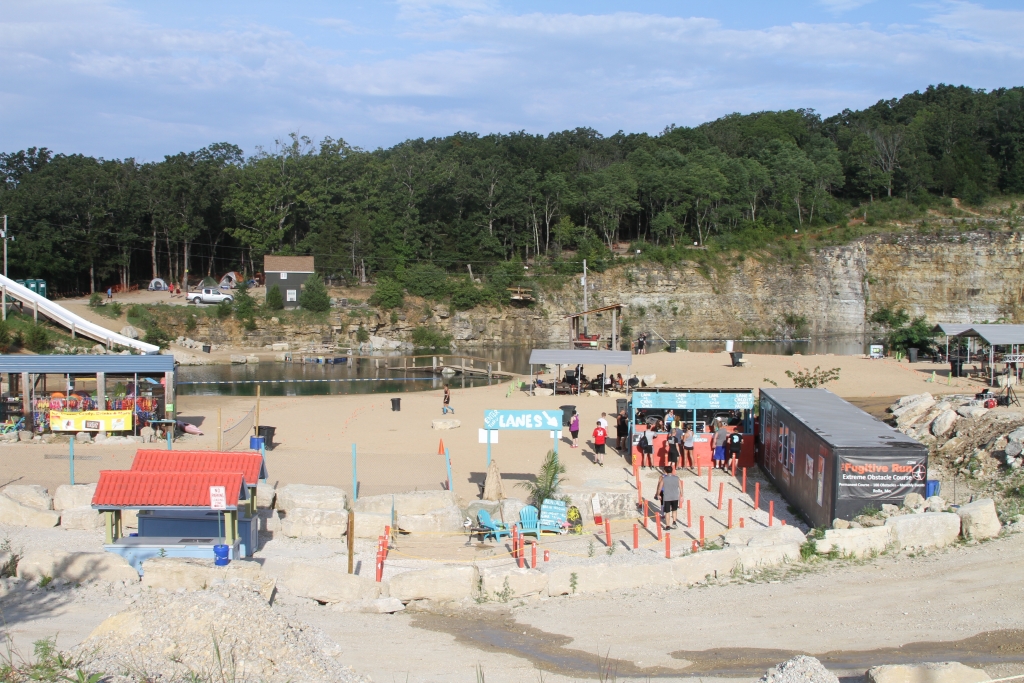 Good advice regarding volunteering and promoting from someone in the business that should be taken to heart. If you do not live in the Midwest, you may have never heard of Fugitive Run. However, if you ever raced in the middle of America (or watched OCR Warrior Kansas City), you probably saw some of their racers dressed in black compression shirts running around various other events (and you will continue to see them).

At a time when Battlefrog is the headline sponsor for things like the Fiesta Bowl, local events like Fugitive Run further emphasize the fragility of our sport. I am glad I was able to race the course once before they shut down.   The good news is the Fugitive Beach is still open, which is a great swimming and social area to head to on the weekends. Although you did not have the nationwide impact of larger running series, Fugitive Run, you will be missed.

All pictures provided by Amy Perperis from Strength & Speed.