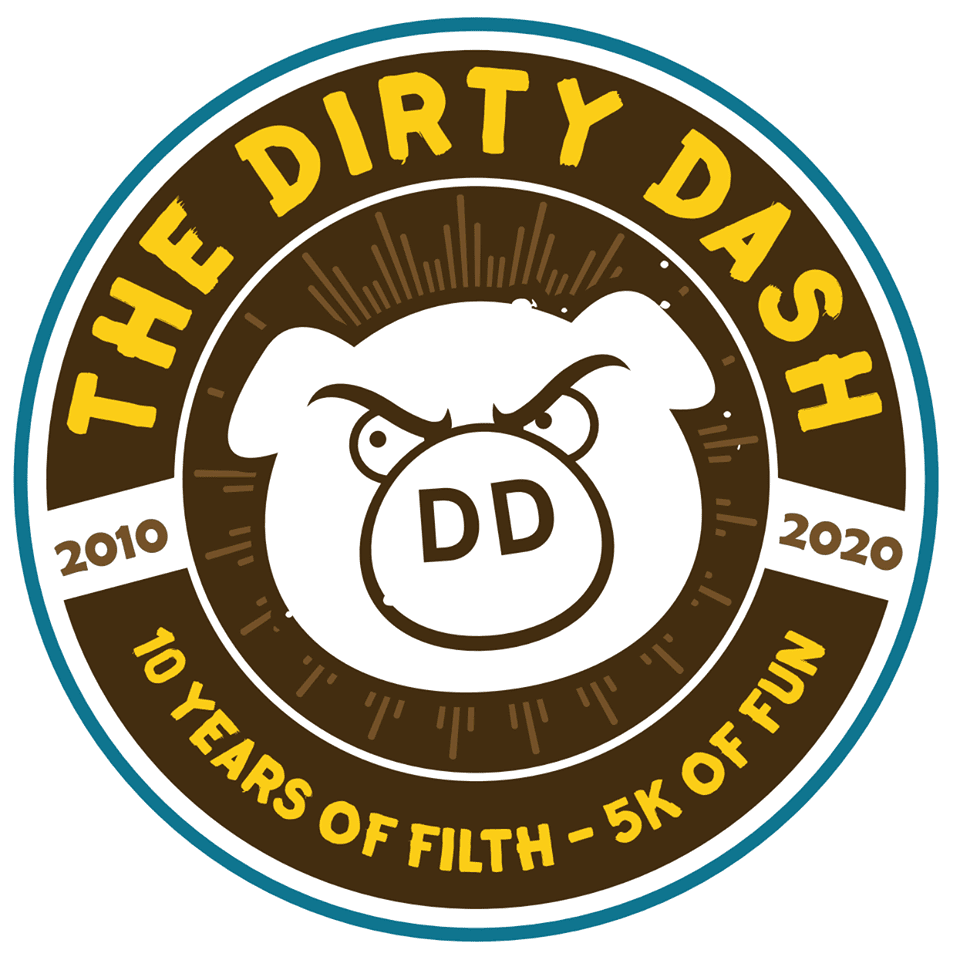 http://www.thedirtydash.com/
Use discount code MRG2020 for $5 off your The Dirty Dash registration!!!!

Have you ever said to yourself, “Marathons are too easy, and Triathlons are for sissies?”

We haven’t either…those races are really hard. Think about it…the first person to run a marathon actually died. HE DIED!…and he probably didn’t even have fun along the way!

Well, welcome to a new kind of race: THE DIRTY DASH. This race that puts all other races to shame. The Dirty Dash is a mud run obstacle course where a military boot camp meets your inner five-year-old’s fantasy and subsequently converts boy to man and then man to swine.

You’ll need endurance to trudge up mountains of sludge, courage to overcome uncompromising obstacles, a complete lack of shame to wallow in pits of mud and a smile to show through at the end!

So let this mud run obstacle course become your new guilty pleasure. Go solo or with some of your dirtiest, filthiest, & uncouth friends. Either way, you’ll be able to look at yourself in the mirror and say, “I am a Dirty Dasher!”… and then proceed to clean yourself off.

Click an event name to view the event details. Scroll past this, or click here to see the review section
Browse our calendar of previous mud runs, mud races & obstacle races for The Dirty Dash

The Dirty Dash Reviews from the Community

This years dirty dash was a JOKE! For how expensive it is it should be much better. We did it last year in Eugene and had a blast but this year was not fun, we spent 45 minutes in line mid race to go down a slide that kills your ass at the end cause there's nothing but hard ground to land on with no warning. Most of the race was uphill so most people were walking and you couldn't get around them. Last year was more like an event not something put together at the last minute. We did Rugged Maniac a month before and it was so much fun and a lot more about the charity too. Dirty Dash didn't even want shoes like normal. Also last thing - $5 per digital picture really? Joke -

Disappointed but not Dissuaded

This year’s race and location weren’t great. It was full of gopher holes that could twist an ankle, was hot and dry and there was a malfunction in getting water to most of the obstacles. It also wasn’t well organized, so things like parking and water stations were insufficient. It was a bummer. But from what I understand this is highly unusual. I hear stories regaling the glory of past races and the fans seemed to remain loyal even after this one. This being my first race, and it falling so short of my expectations, I could not understand why people weren’t more outraged. I contacted customer service and was treated with the utmost respect and consideration. And you know, it’s funny what a little consideration can do for one’s attitude. I’ve attended other races in the past that were more organized and still had way less fun than this one. The obstacles were difficult yet doable and a blast (imagine if they had water?), and the racers are just a different breed. They are there to have fun and not trying to prove anything, except maybe to themselves. There is an indomitable spirit of fun and encouragement, and they even celebrate with a beer at the end. I can see the potential had things been properly set up. Even with all the complications, when I look back on the time it makes me smile, and I feel I was a part of something good; something bigger than just an obstacle race. It felt like family. I actually felt relieved that they took care of me with their customer service because I didn’t want to stay mad. I am going to reserve my judgment and I am even going to try again next year. Customer service goes a long way in my book and I can now see why so many past racers remain loyal. The race is about more than just having a good time. It’s about pushing yourself and doing the best you can and supporting each other in overcoming obstacles. It’s about unity. I know they moved the location this year to Avimor, and I think there must have been unforeseen complications. While the disorganization was more than disappointing, like with family, there are times when they fail you and you want to choke them out, but you don’t. You forgive and you go on and you support each other. And I think that’s what the dirty dash is really about for a lot of people. Not giving up.

Bogus Basin D.D. was great, what happened this year? The traffic situation was so dangerous and to end up paying $60 (with parking!) for a race with at least three obstacles we couldn't do because of lack of water, really terribly planned event. I had a great team and we had a hoot of a time but are very disappointed and not really excited about getting up a team next year unless the location is moved. The slide was great fun but the gravel at the end was a real mine field with lots of bloody injuries. I don't think that was necessary, needed a better landing there. You can do better.

I participated in the Dirty Dash in the past and had a great time, but this year it was a HUGE disappointment! My husband and I were in the first wave and not even half of the obstacles were set up! If a race starts at nine everything should have been ready to go at least an hour before the start time. There was very little mud for the few obstacles that were set up. The truck for the first water/aid station was just pulling in when I ran by. The course was not marked and many runners went the wrong way when the route had a fork. There was only one hose working at the finish. To top off the frustration of the day we had to pay for parking which caused a delay getting to the start of the race. When we were leaving the highway was backed up for miles due to the poor parking situation and I know of many participants who missed their registered wave. This race was the least organized event I've ever participated in and I'm hesitant to recommend the race to my friends in the future.

Pathetic event. I participated two years ago at Bogus Basin and it was a fun event.
This one was terribly organized. There was no water on half of the obstacles and the rest were minimal. The final straw was having to pay another 5 dollars to park, REALLY???
Course was boring and unimaginative. Getting off of the busy highway was really unsafe.
I would highly recommend my friends not do one of these races.
I would be interested to know what % of profit goes to the charity. I bet it's less than 50%.
A total rip-off.
Not worth one star but that was the minimum.

This is one of the worst events I have ever ran in.
Things were being set up at 8:30 AM, not enough water or mud; clean up there was only 4 hoses that worked.
I'm very disappointed. So disorganized!!!

If one I have ever done. So unorganized. Not enough water or mud
Not enough water stations. At the beer station they didn't offer wate
For the amount of money I spent I think this was a disaster. Step it up people. If I want to donate to a good cause give me the option. Those kids didn't have a clue to what they ere doing

Today was my first Dirty Dash. I was excited to run, get muddy, and have fun. It wasn't quite what I expected though. I was in the 10:00 group. There was money being collected for parking, which backed up traffic for miles on the highway. When we finally got in had to hurry to the starting line because it was time for our group to start. It started off fairly fun, because it was wet and muddy right away. The rest of the run wasn't very wet and muddy, which caused the mud that was on me to dry and make me itch. I thought the obstacles were great, but the lack of water to make things muddy and more fun was a disappointment. I heard that the location was at a new place this year and that things were different. I am hoping that if I try this again next year it will be better. I paid over $50 and didn't quite get out of it what I had expected. If it wasn't for the team of friends whom I was with, it would've been a drag. I'll give it another try next year, but I wish there was some compensation for this year's event.

This was the worst ever. New location. Terrible parking. We finished the race and were blocked in having to wait an hour to get out. The course was half the length. More expensive and no water or mud on the course. Will never participate again wanted 0 stars but would not allow me to submit form that way

Event would have been a LOT better if less people in waves. Kept getting backed up at stations. Waited 45 minutes at pipe pit and ended up giving up on that particular station after we jumped in due to slow progression. Food ran out before we finished (we were in 11:00 wave). Would probably do again, but in an earlier slot. Maybe that would help speed it up.