This past weekend was another busy weekend in obstacle racing and the entire OCR industry. BattleFrog moved north up to New Jersey. Spartan Race was in both Boston and Dallas. Shale Hill celebrated Father's Day with a relay race, and Tough Mudder had participants climbing to new heights in British Columbia. Check out the OCR World Rankings to see where your favorite athlete ranks. 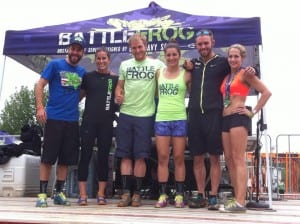 BattleFrog Series headed to the Tri-State area this past weekend. Christopher “Beard” Accord designed another challenging course that pushed many of the participants. The newest obstacle addition was the Platinum Rig, the infamous obstacle to anyone who raced the 2014 OCR World Championships. The course drew many of the top competitors with Ryan Atkins and Marc Andre Bedard battling it out for first place. One the women's side Claude Godbout and Corinna Coffin battled for top of the women's podium.

Godbout said of her win, “Winning gold at the BattleFrog series in Tri-state was one of the best birthday gift I could ever ask for. The fact that it wasn't an easy race since my good friend and teammate Corinna Coffin battled for first place the entire race made it even more special!” 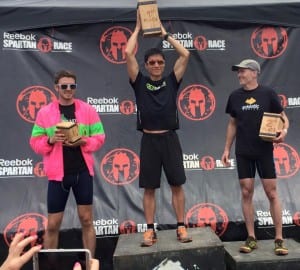 Spartan Race debuted a new venue this weekend in Barre, Massachusetts just outside of Boston. The super was the first to grace New England and had many making the trek there from the city. New England Spahtens had over 500 members in attendance at the race. But it was Junyong Pak the two time World's Toughest Mudder winner that would claim his first Spartan Race Podium of the year. Orla Walsh traveled from Colorado to take top honors for women.

Walsh commented about the course, “The new venue in Barre has its own new challenges… the footing was super uneven/ swamp like terrain and very challenging! Fun course, great for the inner runners! Had a blast with some amazing athletes!” 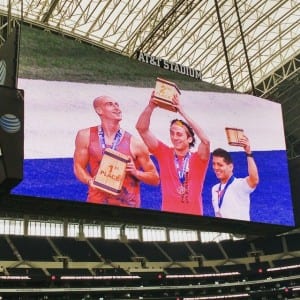 The AT&T Stadium, home to the Dallas Cowboys featured a Spartan Race Stadium Sprint over the weekend. The race was held throughout the stadium as well as on the field itself. Participants ran down the field as they reached the finish line. On the competitive side it was a family affair with the Kraker brothers Brakken Kraker and McCauley Kraker taking first and second in the elite race. Isaiah Vidal finished third. One the women's side it was Kate Cramer who took top honors with Jackie Rust in second and Megan Boyd in third.

Brakken Kraker said this of the weekend. “The opportunity to race, with my brother, at one of the most impressive stadiums in all of sports made for my best race experience of the year!” 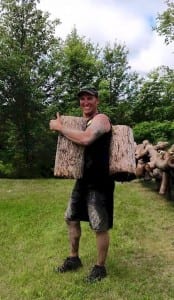 Shale Hill celebrated Father's Day in it's own way – with a relay obstacle race. Rob Butler could think of no better way to spend the day with his friends and family than putting on a race. Butler said, “”Comarraderie at its best…. Shale Hill Adventures Obstacle Relay race” an event bringing families together. Paul Jone of New England Spahtens packed his family in the car after the Spartan Super on Saturday and made the family made their way to Shale Hill.

He said this of the race, “The Relay Challenge packed 20+ obstacles into each two mile relay leg, and proved that even a short sprint at Shale Hill is as challenging as any other event out there! Another fantastic event.”

Norm Koch was even spotted on course enjoying himself at Shale Hill, spending his Father's Day racing on a team that included his wife, Debbie Koch.