Last Week in OCR: All About Albon The European Championships were held in Solvakia and drew athletes from around Europe. Stateside Spartan Race kicked off the first College Challenge over the weekend at Cornell University.  Tough Mudder was in Alberta, Canada and Rugged Maniac was in Austin, Texas.  Check out the latest OCR World Rankings to see where your favorite competitor stacks up. 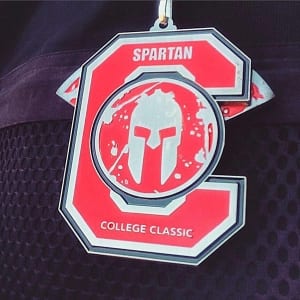 Joe De Sena and the Spartan Race team went back to college this weekend with the first Spartan Race College Classic at Cornell University in Ithaca, New York. De Sena brought Spartan Race back to his alma matta for the weekend with this unique sprint distance event. The course featured the traditional Spartan obstacles but also a few college themed obstacles including lacrosse goals participants had to weave around directly out of the starting gate. Dennis Smith would take home the win for men with Rhonda Bullard picking up another win after her win in Hawaii a few weeks ago. 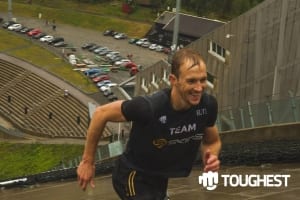 On the other side of the pond, the Europeans are prepping for the championship season. Toughest Oslo took place on Saturday. The race which ends with a run up a ski jump makes for some of the best finisher faces in the industry. The race covers more than just a ski jump, including over forty obstacles. Many favorites from Europe showed their dominance over the weekend. Canadian's Claude Godbout and Marco Bedard also were on hand to see how they stacked up to the European competition. 2014 OCR World Champion and Spartan Race World Champion, Jon Albon, would top the leaderboard over the weekend on the women's side it was Yoie Bohlin of Team Icebug on top. 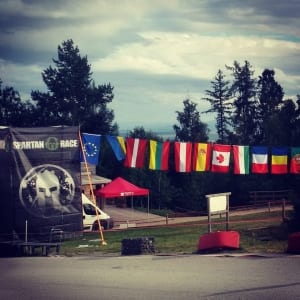 The European Spartan Race Championship took place yesterday in Slovakia with a Beast distance course. The international field gathered from several parts of Europe. The best in the Europe's Spartan Race community battled it in preparation for the World Championships later this fall. Jon Albon would take the top prize after winning in Sweden on Saturday at Toughest. On the women's side it was Zuzana Kocumová taking home the win in the women's race.