Among the myriad of races and mud runs that took place over the weekend, a few stood out from the rest. The two race series that people were talking about were Spartan Race and BattleFrog. Spartan Race hosted several races over the weekend in four different countries, but it was the races in the US that got all the attention.

Be sure to check out the latest world ranking from OCR World Championships and see where you or your favorite athlete is ranked. 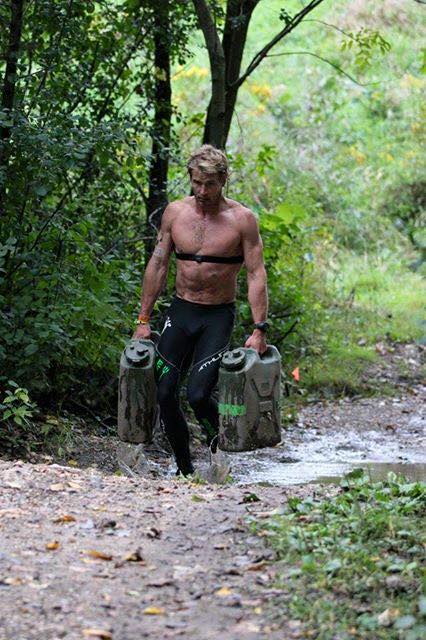 Ryan Atkins continued his obstacle racing dominance in Chicago over the weekend at the latest Battlefrog race. He and his fiance once again took the wins in both the elite male and female divisions. The course itself was a muddy fair made extra muddy with recent rainfall and participants battled through the course.

If you have qualified for the 2015 BattleFrog Series Championship at a BattleFrog event this year, check your inbox NOW! Elite registration is live for those of you who have already qualified thru a BattleFrog event only…all other worldwide qualifiers, stay tuned tomorrow for a major announcement on how and when you can register! 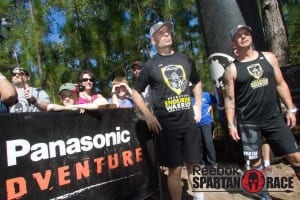 Over the weekend, Spartan Race put on five races in four countries. Arguably it was Killington, Vermont and Fort Bragg, North Carolina that got all the attention. The Fort Bragg sprint race was highlighted by Operation Enduring Warrior sending a large number of participants to run the event together. Notable in this group was Noah Galloway and Joe De Sena himself donning an OEW shirt. The group ran an emotional event, and all who witnessed it saw the courage of those from OEW. Full results from the Fort Bragg Sprint and Parent Race are available here. 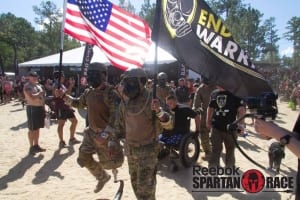 In Killington, Vermont the reactions were mixed as participants exited the mountain. Killington, Vermont is home to the first Spartan Race Beast distance and only miles down the road from the original Spartan Race headquarters. Weeks before the event the race was changed from an average Beast/Ultra Beast weekend into a founders race. Founders races often include more organic obstacles and more natural terrain as opposed to largely built obstacles. However, it was not the course that drew most of the attention but issues with water, finisher medal shortages, and lines. To this Joe De Sena left Fort Bragg and recorded this message below and quickly posted it on Facebook.  Full results from the Spartan Race Beast, Ultra Beast, and Sprint are available here.

Joe Addresses Spartan Race IssuesHey Spartans – Joe De Sena here. This weekend saw 5 races in 4 countries. But when I heard about the issues we were having in Killington, I immediately left the Ft. Bragg race to come deal with it personally. The issues in water, medals and lines are unacceptable and I'm going to work with the Spartan team to make sure it never happens again. And don't think we aren't listening to the complaints – I love hearing them! And as anyone who knows me can attest, I want to hear them personally so I can respond. Email me at joe@spartan.com with your feedback. This was a massive weekend for Spartans but I won't rest until we learn from our mistakes and come back stronger. – Joe