We've all seen them. Lined up in the crisp morning air, sometimes before the sun is even up. Dressed in compression shorts, along with sports bras for the women and little else, ridiculously cut bodies showing off abs for miles, and impressive gun shows all around; there is no doubt that the elite competitors in OCR are incredibly fast and impressive athletes. Nipples that look like they could probably cut glass… and that's just the guys. They are the face of OCR, the celebrities many of us root for, and they garner the glory – giant checks, lovely blocks of wood (collect four and they can build their own coffee tables!), TV appearances, interviews and sometimes lucrative sponsorships, just because they can run really, really fast (and are probably pretty decent at the obstacles too). 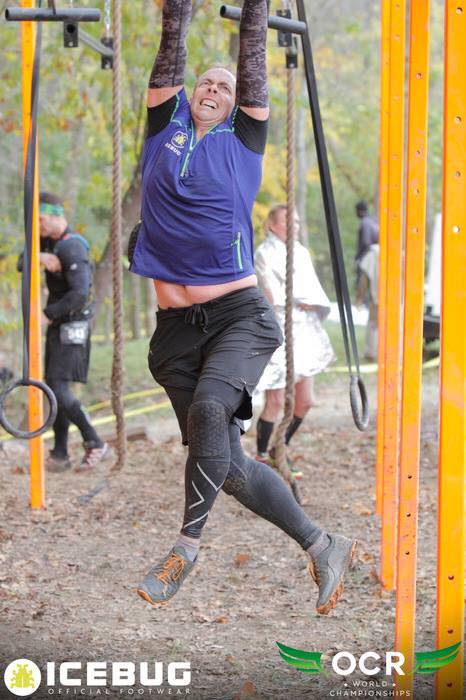 And frankly, I'm sick of it. What about the rest of us, slogging through the course, often taking hours longer out there, struggling with obstacles they complete with ease, or pumping out what feels like a never ending stream of burpees? Where's our glory? Oh sure, the races normally have free photography, and the pictures often end up as our new cover shots on Facebook so we don't have as much difficulty explaining the impressive array of bruises at work on Monday morning. But just as often, they fail to capture our innate badassery and end up more looking more like we were the victim of a mob-style beat down, as graceful as a three-legged cat caught out in the rain.

What about the weekend warriors; you know, the ones that normally have to pay for their entries (or volunteer for them)? What about the moms and dads, the out of shape or overweight? The folks who are out there not to crush the course, but just to finish? The people whose PR looks like someone else’s “persevering through a severe injury” time? The ones who show up with no allusions of grandeur, no hope of ever standing on the podium or even placing particularly well in their age groups? Those of us who toe the line, again and again, just for the love of the sport? We are OCR.

More remarkably, what about all the newcomers who are stepping way outside their comfort zones and often have no idea whether or not they're even capable of finishing? The ones who saw a nifty Groupon and thought “that sounds like fun” or who were convinced to try it by a friend? Collectively, we pay the bills. We ARE OCR! Without us, the races would consist of a couple hundred runners instead of thousands.

This is my love letter to all those who would snicker if anyone asked if they were “elite”, but who realistically never expect to be asked. Obstacle course racing is one of the few sports where we compete on a level playing field with the very best; it may take us (a lot) longer, but we run or walk the same trails, we climb the same hills. We complete or occasionally fail the same obstacles they do, and we cross the same finish lines. We participate for a wide variety of reasons; to get in better shape, to push ourselves past current boundaries, to prove we can, or to conquer our demons.

We come from vastly different backgrounds, education levels, professions, and athletic ability. We have different beliefs, politics, and religions, and when we hit the course, none of that matters. All that matters is the struggle before us and the people at our sides. We share something deep and profound; the knowledge that often difficult things are the most worthwhile to accomplish, and a love of this crazy, dirty sport. We are OCR, and together we have the power to move mountains (one bucket at a time), and to shape the future of OCR as a sport and industry. 5shares
Disclaimer: The viewpoints expressed by the authors do not necessarily reflect the opinions, viewpoints and official policies of Mud Run Guide LLC, or their staff. The comments posted on this Website are solely the opinions of the posters.
By Nomad|2015-11-18T09:49:40-05:00November 18th, 2015|Op-Ed|5 Comments