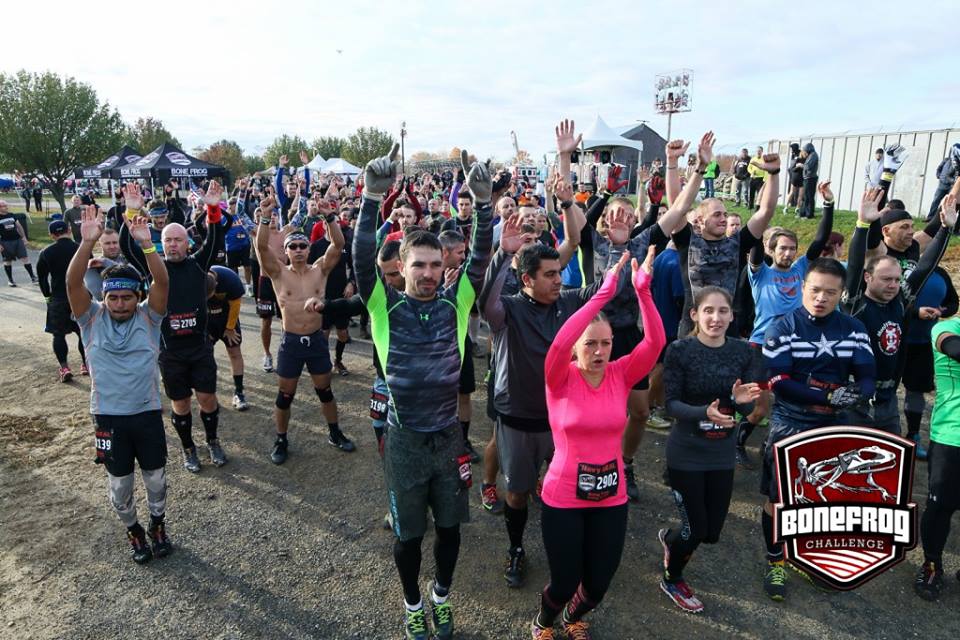 The summer continues to roll on with obstacle races across the globe taking place every weekend. This past weekend OCR was everywhere from the Spartan Race European Championships, Terrain Races in Flagstaff, Arizona to BoneFrog Challenge in South Carolina. Rugged Maniac made a stop outside of Kansas City while Tough Mudder visited the Big Apple, with both a full course and a Tough Mudder half.  With over 40 obstacle races and mud runs taking place this weekend around the globe, that is a lot of muddy, wet, and challenging obstacles to overcome. 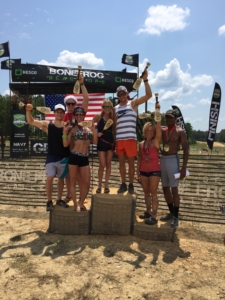 Hesco BoneFrog Challenge headed to South Carolina this weekend and offered up a challenging course in even more challenging weather conditions. With temperatures in the mid-nineties as the first heats of the day set off on the course the temperature would rise to nearly 109 degrees throughout the day adding an additional obstacle to the mix…the heat!

The heat didn't deter top runners with Brian Gowiski taking the win over the competition. Matthew Campione would take the second place spot and Matthew Jones would capture the third place spot on the grueling course. On the women's side, it would be Jodie Fleming taking top honor with Any Bortoff in second and Jayne Oravwc finishing third. 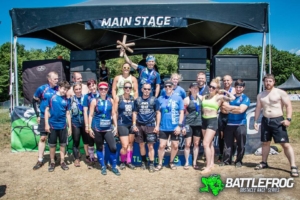 On the competitive side, Benjamin Boucher on Team Platinum Rig would take home the top spot in the men's elite with Ryan Kempson in second and Travis Rawson in third. For the elite women, Gabrielle-Anne Desy claimed the top step of the podium with Nicole Duquette in second and Katie Vitali rounding out the podium in third place. Masters Male – 1st – LeEarl Rugland, followed by Christopher Meekan, and Jason Moss. The Female Masters winner was Chrisa Dustman with Tara Cioppa in second, followed by Kim Rheaume.

(Check out our Twitter feed for BFX results shortly) 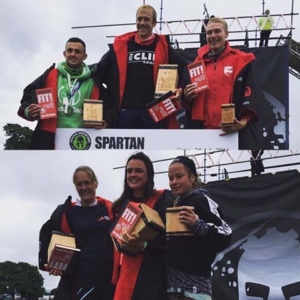 Spartan Race headed back to Palmerton, Pennsylvania for the second weekend in a row this past weekend offering those in the US another crack at the challenging course on Blue Mountain Ski Resort. But the Spartan Race people were talking about this weekend was not in the United States but over in Europe as the Spartan Race European Championships took place in Scotland.

The podium for the European Championship was a diverse mix of countries representing the globe. Jon Albon (Norway/UK) would capture the first place title with Conor Hancock (UK) finishing second and German Til Leipziger would take third place. On the women's side, the Czech Republic's and 2015 Spartan Race World Champion Zuzana Kocumova would take her place on the top of the podium. In second place was the UK's Freya Martin and third was Yoie Bohlin.

Already a popular event in the southwest, Terrain Racing‘s homecoming to Flagstaff, AZ was the biggest the event has ever seen with well over five thousand Mud Monkeys getting in on the action. 2016 has been a whirlwind for Terrain Racing so far, expanding from 5 events last year to 22 across the USA this year with extremely impressive results, seemingly smashing attendance records at every new venue.

Wild weather greeted throngs of warriors in Minnesota, where Warrior Dash held their weekly dose of muddy awesomeness. The brave WD crew fought the severe morning weather to put on a great event, and waterlogged warriors took the course after a rain delay to earn their finisher's medal and fuzzy helmets, while the top 10 men & women secured their qualifying times for the OCR World Championships. Leading the pack were Andrea Nelson, Lacey Bourgois, and Collen Pond for the women, for the men Mike Ferguson, Andrew Thies, and Cole Harty filled the podium.

Are you racing next weekend?