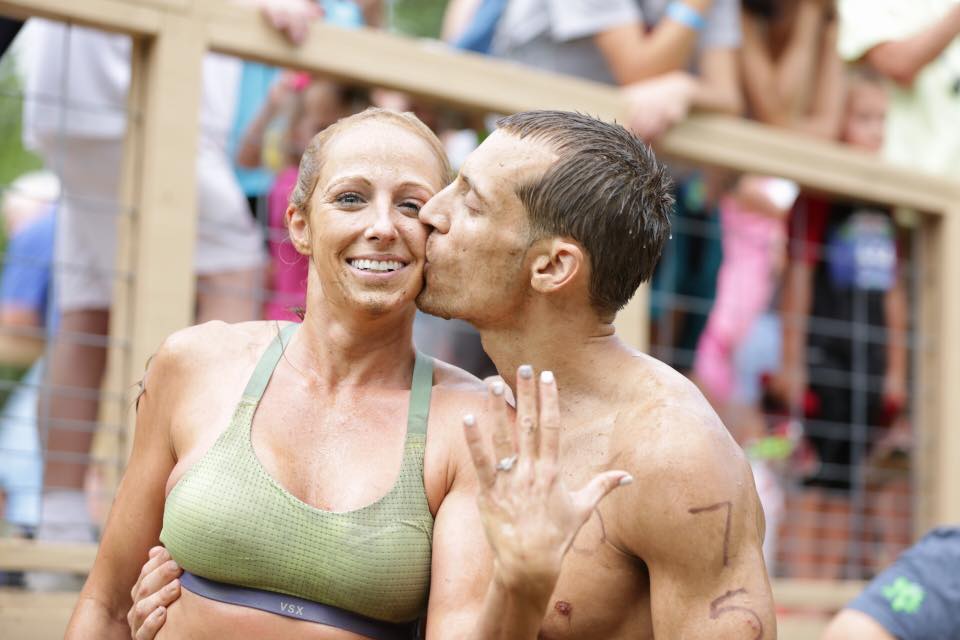 It is always so lovely to be in the swing of the season and see the OCR calendar come to life all over the world. In Australia, the bucket-list worthy True Grit had an amazing weekend, while in Canada, the XMan Race brought in impressive numbers. Dirty Dozen weekend in England, Warrior Race in South Africa…the entire planet appears to have been getting muddy this week!

Here in the states, we did not do too shabby ourselves. From a particularly brutal BattleFrog at OCRWC‘s old stomping grounds to a particularly playful Rugged Maniac, we ran the gamut from the sublime to the Blobstacleicious. It is a word now. We have made it so. 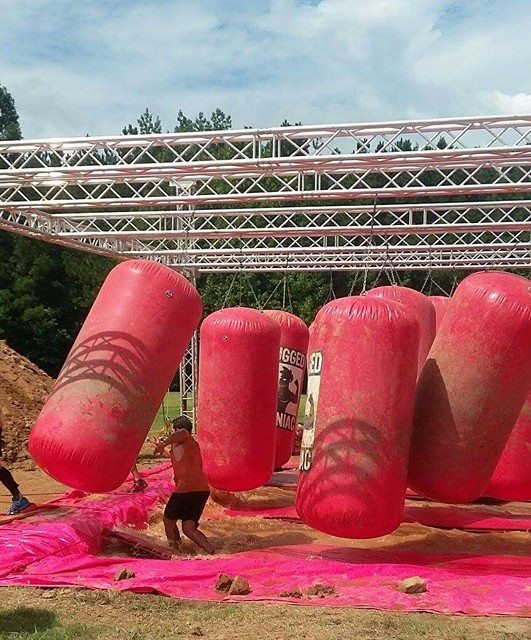 Since the Shark Tank invested in Rugged Maniac, it has become a name synonymous with family fun. They found a formula that works, and people are showing up from all over to let them know they want to keep them around.

Ob Hood was there and had this to say about the experience:

Rugged Maniac is approximately 3.1 miles and has a wide variety of obstacles. Over the three Rugged's I have done, this was the best course to date. It had your garden variety of wall climbs, low crawls, hills and the obligatory fire jump, but what makes this so much fun, is their ability to make something like giant balloons dangling from above onto an unstable path that will most assuredly end in taking a bath like in the Gauntlet so much freakin’ fun!

Their tried and true Blobstacle also has a great use of balloon power; it’s just a giant balloon that somehow you must climb over without falling off with the use of straps that move. You can’t help but laugh at yourself when you finally touch earth on the other side. Grace is not anyone has on this obstacle, but hoards of laughter do fill the air. Rugged also incorporates trampolines in their Antigravity. This obstacle is definitely a throw back to childhood days in the summer jumping on trampolines for hours, but better since you have to jump from one to another and then onto a cargo net attached to a wall. This year saw a new twist to the 4’ wall jump.

The top of the wall had a rotating piece of pvc pipe that moved as you attempted to jump. I found that to be a great addition; being able to do that without falling on my behind was icing on the cake! The Frog Hop is also a Rugged staple obstacle. Somehow these floating boxes are put just right in a pool of water to ensure a good splash as you slip and slide off. The best obstacle by far was the addition of the Bang The Gong! during the last mile of the race. 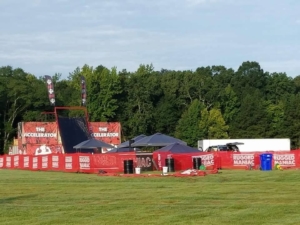 I enjoyed it so much that I did it several times, (Fine! I did it seven times. Seven), never quite reaching the gong but so worth it every time. I enjoyed it so much that as I exited The Trenches, I jumped course and did the Bang The Gong! one last time before headed to finish line. Yeah. It was that fun. I would like to have seen it have just a little more water in the pit. Of course, the finishing touch of any Rugged is The Warp Wall attached to The Accelerator. Basically, you have to run up a half-pipe to slide down into the water to cross that wondrous finish line.

The fun thing is someone is always reaching out with a helping hand to get you up that wall so you can come down for that finish line splash. The Rugged Maniac is an excellent race to introduce someone to the adventures in OCR. It has easily conquerable obstacles while offering a few challenges to the elite athlete. Maybe that is why I keep coming back year after year!

Results have not been posted yet by RM, however, as always, the top 5 in your gender will qualify for the Pro division at OCR World Championships! 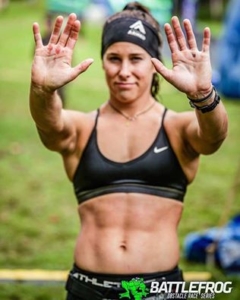 At the beloved home of Mud, Guts, and Glory – one of OCR's most well-known permanent courses, BattleFrog Series returned to give some of its signature twists to an already brutal gauntlet. With only one Elite female finisher – the very much “Magic” Pajcic took home the nunchuck while only Master's females including Maria Tornudd, Tara Cioppa, and Heidi Williams followed suit. Superstar BattleFrog Team athlete Corinna Coffin showed incredible grace in giving up her band for the first time ever and fought for as long as she could on the sawtooth monkey bars. Her respect for her competitors was very typical for Coffin, and proved you do not have to be a podium finisher to be a winner.

Stefani McCoy was there and had this to say:

BattleFrog really stepped it up a notch today…I really loved the weaver but wish they would have put a novice lane in, as it got bottlenecked when the new people would rest on top of it while experienced people tried to maneuver around. Both Rope walls that were directly after the rig were amazing. The Rig itself was less bottlenecked thanks to those novice to Elite lanes. Mount Battlefrog #2 never fails to amaze me, and the cargo net at after what I consider to be the the world's best slide! I missed the wreck bag carry, but the climbs were so amazing, I forgot all about it until after the race! 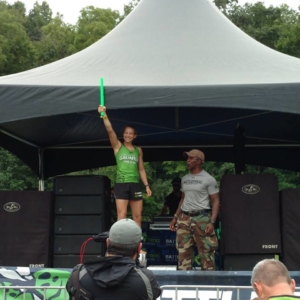 With Amy Pajcic on the podium, were male winners Ben Kinsinger, Austin Azar and PJ Granger 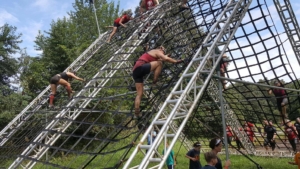 History, Music and….mud! The Nashville area was overtaken this weekend by Spartans and Spartan Race and they brought a new meaning to the “Dirty South”. Kristina Stanley Grisham of the Lone Star Spartans (we can always count on them) was there and shared this with us:

This race was technically hard but so fun and it rained during the course which made it more challenging then they may have originally planned. I can honestly say the bucket brigade was one of the toughest yet . The rifle carry (it was a military sprint) was fun with the addition of the smoke. The sandbag carry was BRUTAL. The parking lot was it's own obstacle with all of the cars mired in the mud, but Spartan and the other racers came to the rescue.  I feel a bit giddy even though the rope took my soul again. I can't wait to reclaim it in Glenrose!

Apparently, Ohio is the hotbed of OCR in August, as Warrior Dash popped in and made some muck for the masses. They showed up and stayed the whole weekend, and the numbers showed that there was plenty of room for everybody!

On Sunday it was Justin Agler, Matt Shady and Brian Hoepf with Julie Suever, Hollie Fluharty, and Jami Durkee. 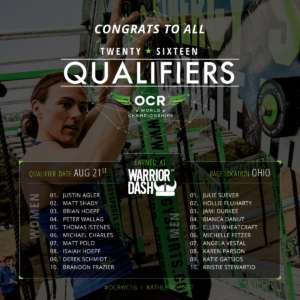 Congratulations to everyone this weekend – we love hearing all of your stories, so keep them coming!!!