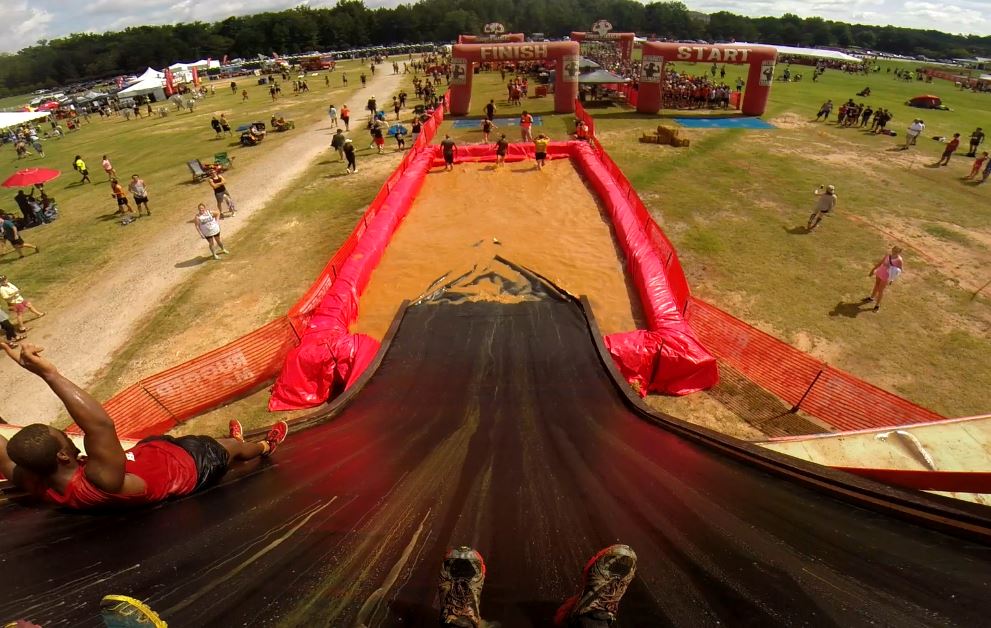 Rugged Maniac took the path of some of the other big name events and used the International Horsepark in Conyers, GA for their location. Unlike the other events Rugged Maniac sticks to their distance. This was an actual 5K loaded with some really great obstacles. Besides having some really good obstacles, I will get to those in a minute. Rugged Maniac set up a great festival area with things for adults and kids; and adult kids. They even allow teams to set up tents to be able to hang out it. If you are planning on doing a Rugged Maniac, be smart and plan it as an all-day event. The party is worth it. 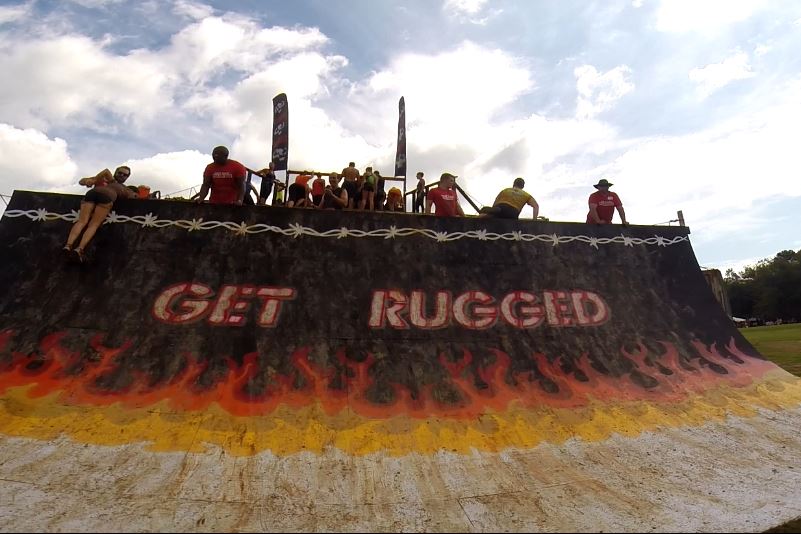 The course was sold as a 5K with 20ish obstacles. The start and finish lines are side by side so that as you are waiting your start time you can see a number of the obstacles that circled the festival area. While the pep talk/start speech left a little to be desired, the distance to the first obstacle was just far enough to allow a little spacing for the participants. Rugged Maniac had the typical barbed wire crawls, one on grass one in mud. Rugged Maniac did a nice job of stepping some of the walls up a little by having a roller pipe on the top to make the quick grab and go a little slower on the short walls. Their big wall includes a nice over-hanging lip on the backside to allow for a good grip. The tipping point obstacles were set perfectly so that you had to commit to get them to actually tip over. The Ninja Escape would have been better before the mud crawl as they became so slick early on that I did not see anyone make it all the way across, this was my only failed obstacle. 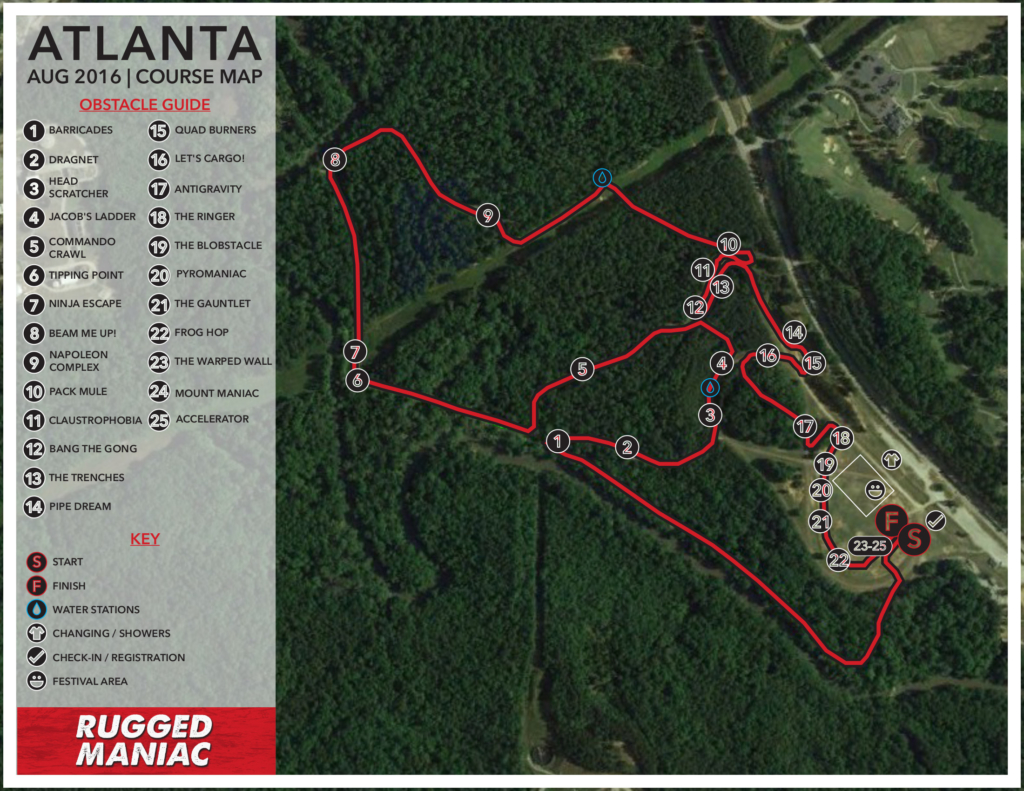 The best obstacles were saved for back near the festival area, Antigravity, The Ringer, The Gauntlet, Frog Hop, Warped Wall, Mount Maniac, and Accelerator were all packed into the festival area, along with a double fire jump. My only complaints on obstacles are the Ninja Escape mentioned above and the depth of the water on Accelerator. While there was enough water to stop you and get most of the mud off before the finish it was a little shallow for my liking, but since there was no drop into the water it was not a big deal, and the shallow restriction could have been from the park, but I doubt it since there were other obstacles in the final group with waist deep pools. 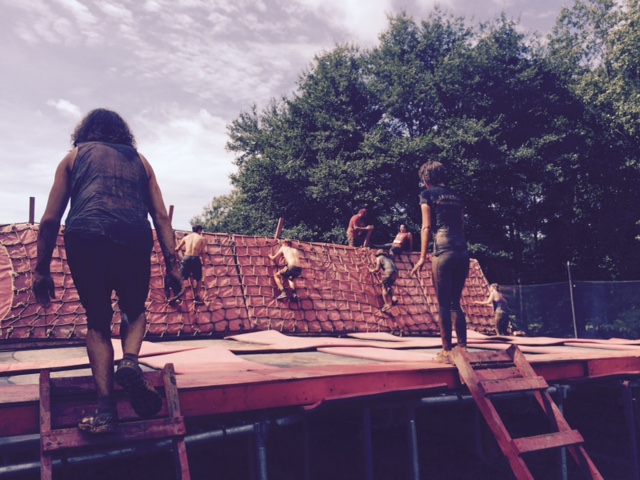