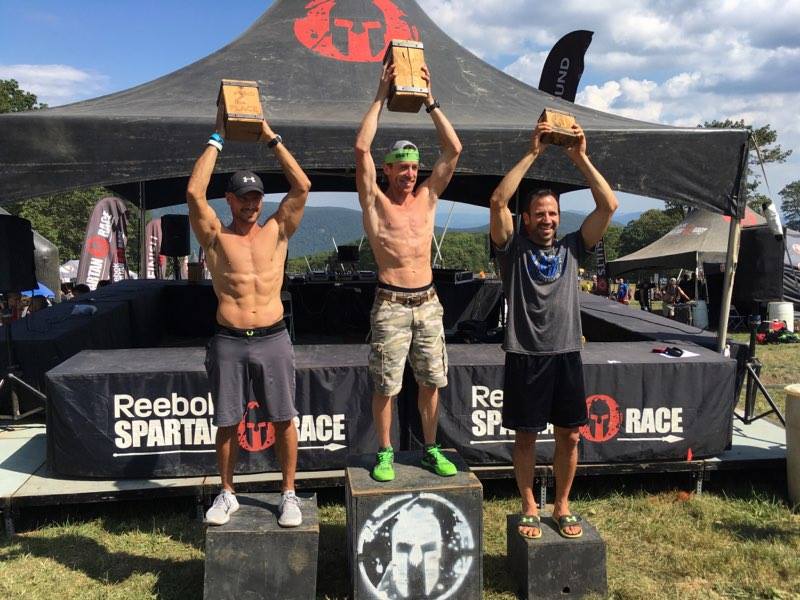 A new rivalry is budding in the sport of OCR and is in part it is due to the Battlefrog Series removing its weekend races. That has caused a lot of races to move their primary series to Spartan races. With that move, a very athletic and fast group is moving to Spartan Race, the Masters Division. This past Saturday at the Spartan Super at the Wintergreen Resort (The Vertical Mile Monster) was a debut to showcase just what the Battlefrog Master division will be bringing to Spartan in 2017.

Not well known to the Spartan Series, Joel “The Bull” Fox is one of the most recognized and decorated Battlefrog Series Masters athletes. Being a teammate of his on the Relentless OCR team, I had the opportunity to ride with him down to Wintergreen and dig a little deeper.

The Bull’s season, along with many others, was disrupted by the Battlefrog announcement, and he was looking for a race to head out to. The team mentioned the Wintergreen Super, and I told him it was going to be my mock race to prep for OCRWC. He registered with less than 10 spots left in the Elite heat, and we made our way down to the venue. The Bull was a little star struck by The Bear (Matt “The Bear” Novakovich) and was pretty timid going into the race. He was hoping for a solid top 10 finish, and just a good day on the mountain. I kept telling him that I felt pretty confident, going into the race that the Bull would give Bear some good competition, and 4-peating, is NOT easy in any sport.

The Bull told me, he was sitting in 5-6 place when approaching the spear throw (which he had never made, until Saturday). He took his time, saw that the 2 guys in front of him had missed it, then knew he had a chance. Nailing the spear he moved right along and before he knew it, he was on the tracks of the top 2 spots, Bear being one of them. Being in slight disbelief he began to wonder if he was pushing too hard if they were going slow, is Bear holding back for Spartan WC next weekend and all the other 100 thoughts that run through a racers head. Moving into mile 5 The Bull starting leading, and began a short-lived battle. Bear being a 3 peat winner, obviously knew what was coming in mile 7, where Joel being a first time Wintergreen Spartan runner, did not. After 1700+ ft of elevation gain in mile 7, Bear opened a solid lead, and The Bull kept on pushing. Holding on to 2nd through the last .5 miles of obstacles he crossed the finish line on the podium with Bear. Something he never thought would happen on that day.

It has only been one race, but I predict that in 2017 a healthy rivalry could blossom out of the Bull vs the Bear. The Bull isn’t the only top Masters athlete moving over from the Battlefrog Series, so this will be a division to watch for next year. Not to mention another decorated athlete, Hobie Call, will also be moving into the masters category next year. Not only will the masters be battling for their own podium, but expect to see more Elite podiums swept by the Masters in 2017. Saturday at Wintergreen was a first to have the Masters Male podium be the same as the Elite Male overall podium, but it will not be the last.

0shares
Disclaimer: The viewpoints expressed by the authors do not necessarily reflect the opinions, viewpoints and official policies of Mud Run Guide LLC, or their staff. The comments posted on this Website are solely the opinions of the posters.
By TheHord|2016-09-26T11:04:29-04:00September 26th, 2016|Op-Ed|2 Comments