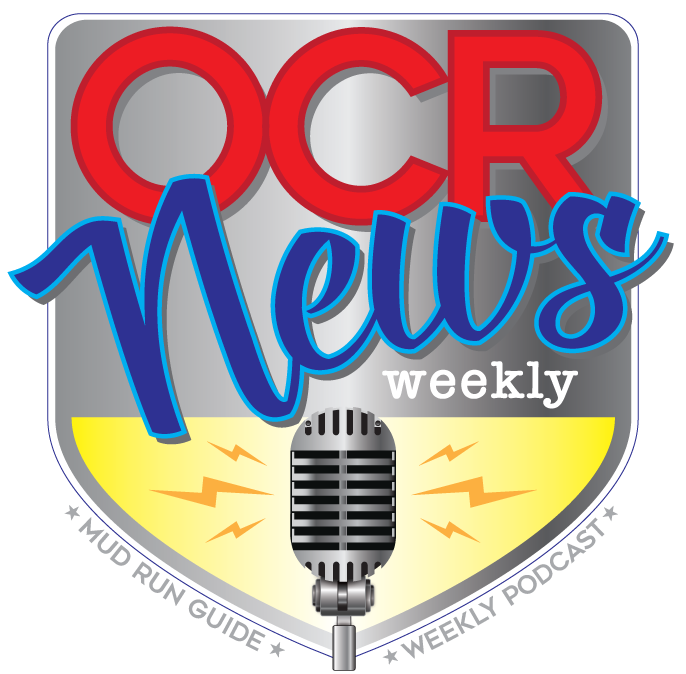 OCR News Weekly kicks off with its first episode recapping the top news stories from around the obstacle racing industry. This week we talk about the rule changes from Spartan Race, a farewell to Tough Guy Challenge, UIPM announcement of OCR Laser Run, Mud Hero and Special Olympics partnership, and US OCR Championships registration opening.

The top story this week comes from Spartan Race. Prior to the first Spartan Race of the season new rules were released, stating participants must wear their headbands the entire event or risk disqualification. Additionally, the new rules stated that athletes must wear Spartan-approved apparel on the podium.

This news set off a storm within the obstacle racing community. Top athletes in the sport commented on the new rule including arguably one of the sport's most important figures Amelia Boone. She and others who earn incomes from sponsored voiced concerns about being obstacle racing becoming like the highly regulated sport of track and field.

This spurred further conversations about the idea of brand versus sport. Which ensued throughout the internet. Yancy Culp, well-known obstacle racing coach, penned an op-ed on Obstacle Racing Media voicing his concerns and thoughts. Additionally, SOLO of her blog solo.com an OCR opinion writer, penned her own op-ed comparing President Donald Trump to the latest actions of Spartan.

On the other side, Kevin Donahue who is a member of the Spartan Pro Team went live on Facebook to say why he supported the new rule and on Friday afternoon before the first Southern California race Joe DiStefano, Director of Sport for Spartan released a video saying the rule was only for the initial podium photos and after initial photos additional unofficial ones could be taken with athletes personal sponsors

As Spartan Race kicked off their first race of the season the final rules had been altered to say that racers must start with their headbands on and only initial photo. No reports of any issues came from the first race over the weekend which boosted by some estimates as many as 17,000 participants over the two days of racing in Southern California.

Across the pond in the United Kingdom, Sunday saw the end of an era for obstacle course racing. On the 30th anniversary of The Original Tough Guy Challenge, the event had it’s last racers queue up at the start line.

The Original Tough Guy Challenge, created by the infamous Mr. Mouse ended with athletes from around the world making the pilgrimage to take on the extreme challenge. Tough Guy has been the godfather of obstacle racing, the race as chronicled in the documentary Rise of the Sufferfests was the precursor for what many see as the obstacle racing industry today.

It was a mix of emotions for many athletes seeing this iconic race come to an end. After the race Mr. Mouse sent out a unique email to participants which left many wondering if this was truly the last event. Time will tell if Tough Guy will re-emerge or if this past weekend was truly the end of an era.

As reported in Mud run Guide, Pentathlon is taking a look at obstacle racing. Recently the UIPM annual meeting – the international federation for the sport – discussed and approved adding OCR to the current laser run event. Laser run is a combination of running and shooting a laser pistol. Similar in many ways to the sport of biathlon combining the two disciplines.

OCR Laser Run is set to make its debut at the end of the month during the first UIPM world cups in southern California. With Pentathlon already being an Olympic event, this might take obstacle racing one step closer to becoming an Olympic sport in the future.

Announced this week the Canadian obstacle race series Mud Hero has teamed up with charity partner Special Olympics Canada. Adam Ruppel the Co-Founder of Mud Hero said this of the new partnership.

“Partnering with Special Olympics Canada was a natural fit for us. We are all about active, inclusive fun for absolutely everyone and celebrating the emotional accomplishment of overcoming a physical challenge. The core values of Special Olympics Canada and global milestones of raising the bar for humanity everywhere were truly what drew us to this cause. We’re so excited to have Special Olympic Athletes, their families and supporters as part of our Mud Hero Family.”

Use discount code MRGMUD17 for $5 off your Mud Hero registration

Those are your headlines this week from around the obstacle racing world. If you liked what you heard subscribe to the show today and never miss the top news from around the world of Obstacle course racing. Please leave us a review on iTunes, Stitcher, of whatever your other favorite podcast player.

This is Margaret Schlachter signing off for the week.