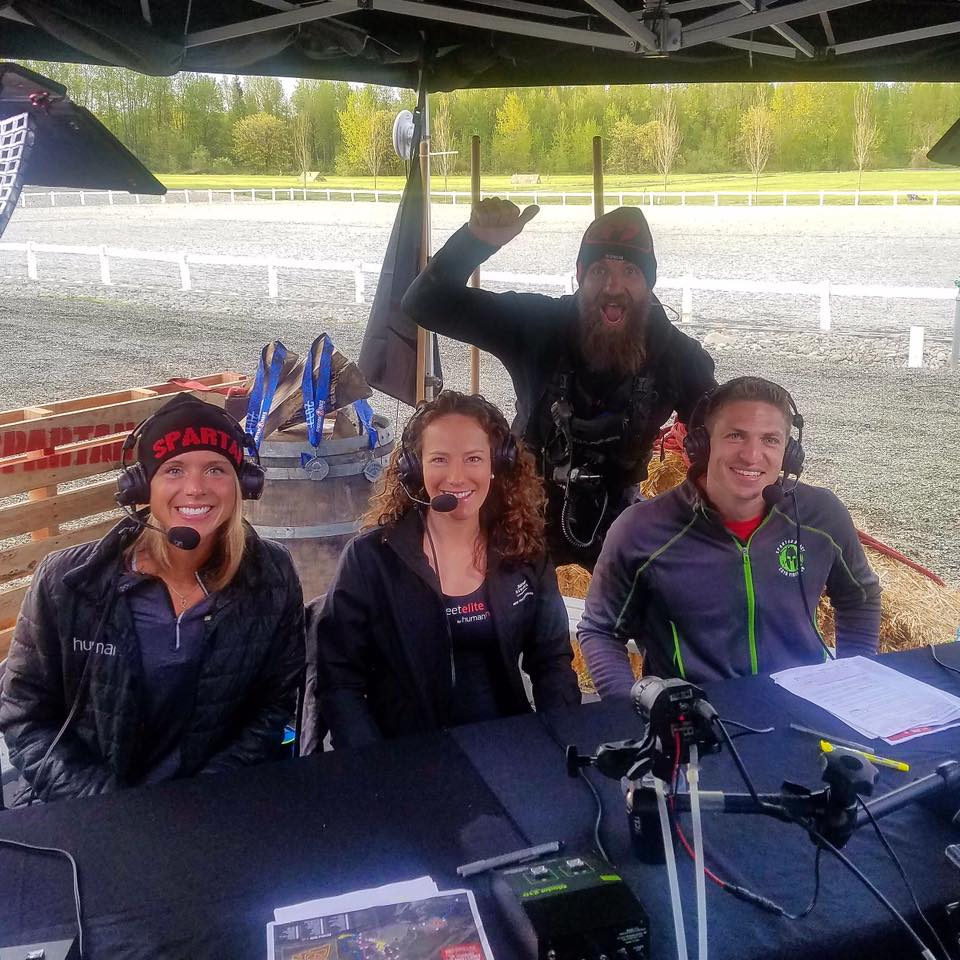 Over the weekend, myself like many in the obstacle racing world turned their computers on for the first Spartan U.S. Championship Race. For the week leading up to the event, Spartan Race promoted the live coverage of the event on YouTube, Facebook, and Spartan.com. Many wondered what the coverage would look like and how it would be received by the often fickle obstacle racing audience.

I first pulled my phone out and caught the beginning of the live feed, anchored by Amelia Boone, David Magida, Rose Wetzel and Steve Hammond on the sidelines.

My first impression was wow…

THIS IS WHAT WE HAVE WANTED FOR YEARS.

Having been in obstacle racing since 2010, I have seen the evolution of the sport and specifically Spartan Race. It is no secret that I once trained with Joe De Sena, coached his kids, and lived less than five miles from the original headquarters, the one behind the yoga studio which was also a satellite brokerage office for De Sena and partners. To say I have seen the inner workings of Spartan throughout the years would be an understatement.

My fiance spent the entire 2011 season chasing his brother from race to race capturing his performances in YouTube videos, now small time capsules in the OCR industry. The two of us have often lamented that obstacle racing needs to be shown live and often our perception of the NBC Sports series has been lacking. We both are more into the sports side than the human interest stories. But we are purists.

However, Saturday morning as we logged in, we both remarked… this… this is what we wanted all along. The live feed, we switched over to YouTube because Facebook Live kept buffering, and watched Boone, Magida, and Wetzel call the play-by-play of the race. We watched the men start, then watched women start, with our fresh coffee in hand. We anticipated to watch a little bit while doing morning chores but quickly both were so engaged in the coverage we sat and watched until after both the top men and women finished the race. It is rare to have us both enraptured in a broadcast like that.

There we were, watching it live you could feel the excitement, and you felt for the athletes. Like Robert Killian with his bad luck, Lindsay Webster falling off twister, Hobie Call stumbling and dropping his bucket mid-carry. It was raw, and it was real. It was electric, and Magida, Boone, and Wetzel kept the audience interested the whole time.

As someone who has worked to cover events for years, the immense work that went into that production on Saturday morning was impressive. One can only assume that NBC anchored the production (likely with a broadcast truck onsite creating replays before the race finished), and as with any new venture it had a few hiccups but overall the whole production was impressive, and for diehards of obstacle racing we just witnessed a level up in live event coverage and production of our sport.

We saw a glimpse of this power of live social media at World's Toughest Mudder this past fall. As well Toughest in Europe has produced great coverage for years. But these are exceptions, as a rule trying to follow races on a given weekend can often be challenging (often due to a variety of factors).

What we saw over the weekend was something different. It was a proper sports broadcast. It had the feel of watching any live “mainstream” sport whether it be the Boston Maraton, PGA Tour, car racing, tennis or something the like. While maybe it had a few too many fillers with old footage and could have used a few more cameras, what the obstacle racing world was given on Saturday was something that many of us “old timers”, as Magida would say, were rejoicing. For years working in independent OCR media, I have tried to do as much as one person could do with my own coverage on Mud Run Guide and Dirt in Your Skirt. This weekend we saw what happens when you put knowledgeable people in place with a full budget and support from a major sports broadcasting company. This is the coverage we have wanted all along.

Obstacle Course Racing is unique, anyone who has stepped onto the field knows it. You don't need to wrap it in a pretty bow, or a highly edited a show built for entertainment, all you need are a few commentators that know what they are talking about and a solid production crew (NBC in this case) to feed footage oh and have a broadcast truck on site for in race edits and highlights.

This weekend showcased the raw, beautiful nature of obstacle racing.

It showcased to the world the grit that is OCR.

Many recently have been talking about the future of obstacle course racing, talking about how it needs to change to be a “real sport.” I think anyone who tuned in over the weekend saw, obstacle racing is already a sport just as it is.

The live coverage that Spartan Race brought to homes across the world raised the bar for the whole industry. The question becomes now, how can this be reproduced across the globe for all sorts of obstacle races in a way that is economical for the industry and continue to help shape and share the pure essence of obstacle racing on an even larger platform and audience.

What did you think of the coverage?

0shares
Disclaimer: The viewpoints expressed by the authors do not necessarily reflect the opinions, viewpoints and official policies of Mud Run Guide LLC, or their staff. The comments posted on this Website are solely the opinions of the posters.
By Margaret Schlachter|2017-04-23T09:06:57-04:00April 24th, 2017|Op-Ed|6 Comments