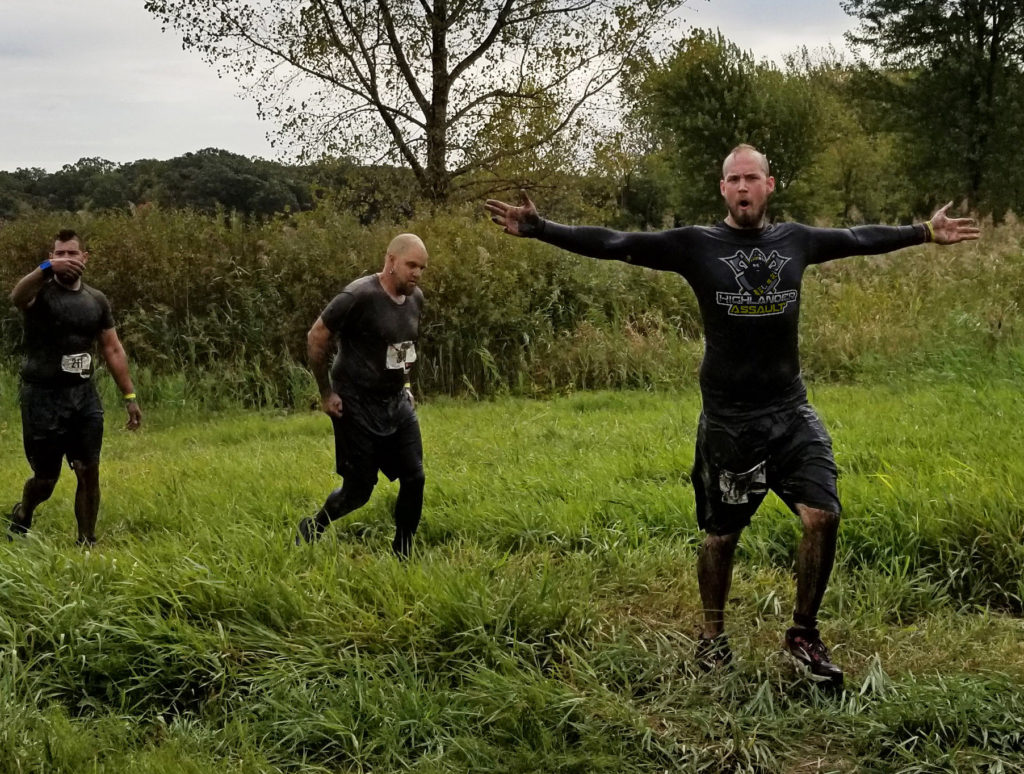 Illinois has always been a fantastic place to introduce the newness and the amazing.  Illinois is where the first baseball game was played, the first Twinkie was created, it is where Honest Abe launched his political career, and now it is also the location for the first annual Highlander Assault obstacle race.

Typically a Midwest October is a tad drizzly, a lotta bit gloomy, and shivers galore.  Discomfort is part of an obstacle racers job description, however, I have never met a racer that did not prefer perfect weather conditions over the extreme, and that is exactly how the sixty-nine-degree weather felt on the morning of October the seventh.

The inaugural Highlander Assault race was built on the concept of having two race paths. The first path was four miles in distance, the second path was eight miles in distance, and a combination of both paths created for the longer distance racers.  There was even an option for the endurance enthusiasts to run the entire course twice. The only prize awarded wave was for the runners that signed up for the elite twelve-mile course.

The course topography consisted of huge compacted dirt mounds forged by traveling farm and construction equipment. Tall wild grasses grew everywhere and had been saturated from earlier rainfall. Light trails guided runners through thick deciduous forests, and into very muddy marsh wetland.  Additional scenery to the race included a graveyard of small boats and an assortment of massive construction equipment.

While the terrain proved challenging for the runners, it also proved challenging for the event coordinators as well.  The best story of the day was a result of the front-runners in the elite racing group drifting off course and startling a grazing bovine and its youngster.  As an act of defiance, this huge mammal charged through a closed gate, causing the racers to scamper and retreat in the opposite direction.  I was one of the fortunate runners to meet with these fleeing racers before heading back in the correct direction of the supposedly bloodthirsty herbivore.  We ran as a group for about a minute until we crossed paths with this ferocious vegetarian which started to immediately hurtle towards us.  The group scatters briefly but then regroups as it notices that the beast had traveled into a shallow ravine.  Not a moment was wasted as everyone bolted away from the most frightening encounter with farm animals that I am sure the entire group has ever had. 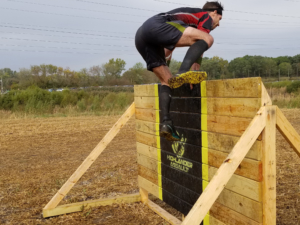 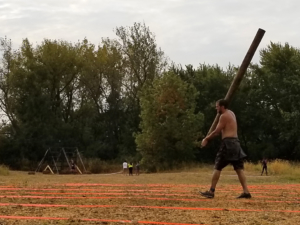 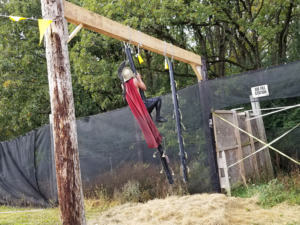 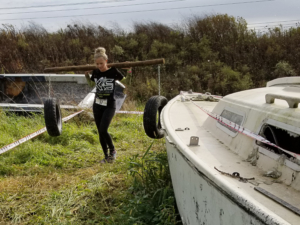 Besides the farm animals, the Highlander Assault crew intentionally utilized a lot of the natural landscape and the general debris that commonly accumulates in these environments. Because of this landscape advantage, I would score the dirt levels 4 out of 5 in the mud-o-meter. Although there were heavy objects to carry, the race was not heavy lifting intensive, so I would score it a 3 out of 5 on the bulk junkie scale.  The rigs were fun, and I loved the grip on the wooden rings but felt the obstacles could have benefited from being just a tad more challenging. Since my hands were not completely taxed at the end, they earn a 3 out of 5 on the iron fist scale.

Highlander Assault by default of the name already promises a spectacular look and feel for an event, and by no means did they let anyone down.  Not only did many of the staff members wear kilts throughout the day, but they had a guy playing bagpipes at the opening, and even had Coach Pain rock a desert camo kilt as he motivated wave after wave of runners before they disappeared into the Illinois wilderness.  The food was solid and had a nice variety of options.  The pulled pork came from a legitimate smoker, and the meat was incredibly soft which required little to any barbecue sauce at all.  The price of the food was very modest, but I wouldn’t have minded spending a little extra if that meant that I could get a nice slice of juicy tomato, onion, and a crisp layer of lettuce to go with it.  Maybe a side of potato salad, coleslaw, or how about a cube of cornbread?  I am only giving this category a 4 out of 5 because the event was missing a community garden hose.

Highlander Assault picked a logo that looks like it could be for a sports team. It works well with single flat colors or as a black and white. The line weight provides a nice frame, so the image can easily be translated into larger multimedia structures, different colored merchandise, and even finisher medals. 4 out 5

My event math calculates this inaugural event to a solid 4 out of 5.  Despite a few freshmen hiccups, nobody got physically hurt, and everyone ended up having a great time. The course was legitimately challenging and certainly entertaining. The crew members that I did speak with were all very intrigued with how the overall end user experience was, and how it could be improved.  I have no doubt that Highlander Assault 2.0 will have all the polished edges that the original did not.  I know I am already looking forward to next year, and so should the reader. 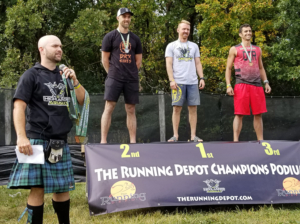 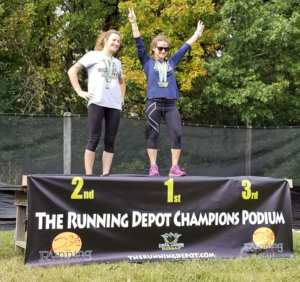 Have you done an Highlander Assault?

Leave your own Highlander Assault review and feedback...