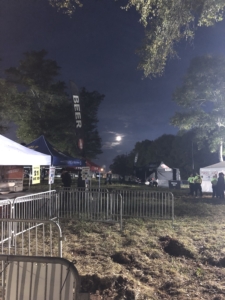 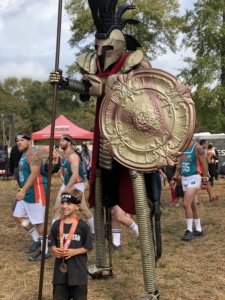 On November 4th, 2017 a large portion of the OCR community ended their season at the South Carolina Beast, a 12+ Mile course that lived up to the Beast name. Having changed venues midway through the year, the switch caused a lot of confusion for those expecting to return to Carolina Adventure World for another year. Nonetheless, the event did not disappoint with faithful Spartans showing up and dominating as they always do.

The morning greeted volunteers and those in the early waves with a dark and foggy parking lot. With no shuttle bus needed, the terrain already showed to be tricky with tall grass and vines, a preview of what to expect for the course. The festival area was large and vendors were spread far apart giving everyone plenty of space to stretch and spectate. The atmosphere was pleasant and calming enough for those doing a beast for the first time. 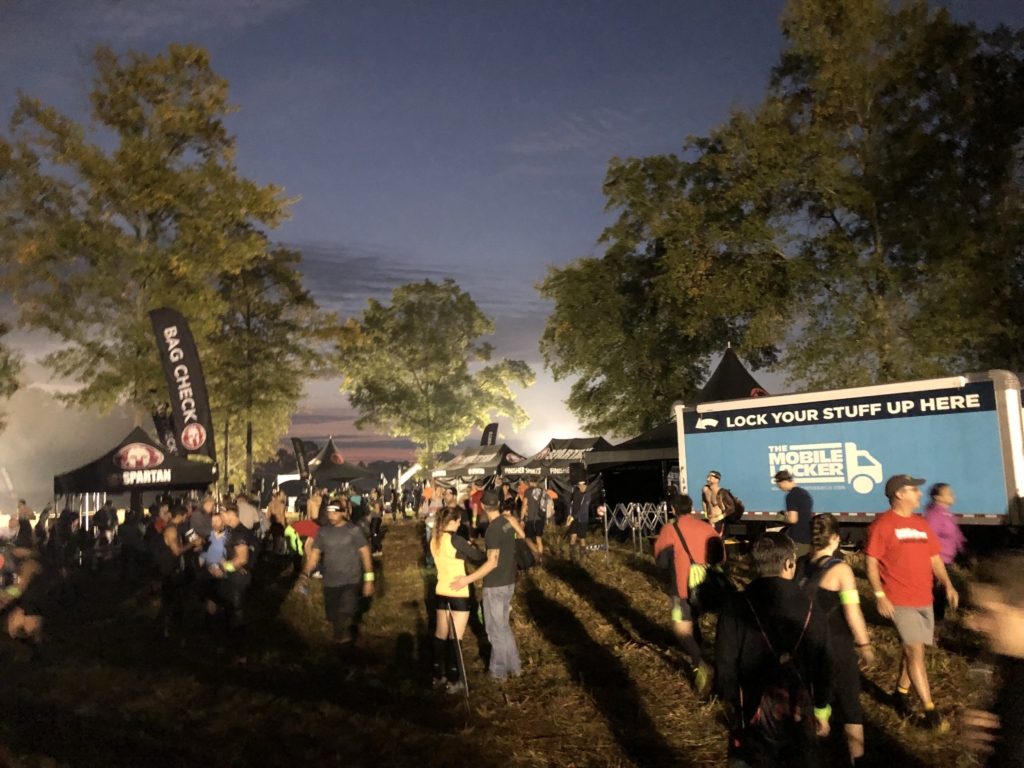 Once in the starting corral, runners were given the usual heads up and rule breakdown. Even with the addition of being warned about fire ants on the course, everything went smoothly for runners. As the elite men began their wave, a visibly slower pace was set thanks to the difficult terrain. Runners began to hop and skip more than they ran. This stayed true through the entire course even in the open planes.

As the runners disappeared into the wooded areas, the bottlenecking began. As they emerged out of the forest areas, the faster runners began to pull away as the rest squeezed their way through the tight spaces before reaching the first obstacle, the Over Walls. A slight incline proved even more challenging as the tall grass slowed runners down once again. Once the course leveled out again the vines showed their own level of difficulty through the next mile of the course leading towards the festival area. The vines did little for the elite pace but definitely forced a higher heart rate going into the next set of obstacles, especially the Herc Hoist.

With Rolling Mud followed by the first Barbwire, Dunk Wall, and Slip Wall, runners got their first real taste of the bright red mud and water. With the temperature at a comfortable degree, the water seemed almost refreshing. Just after the Slip Wall was the Spearthrow, or Spearman as Spartan labels it. Despite already being difficult enough, some unlucky Spartans (such as myself) were hit by the previously warned fire ants while attempting to land the spear.

As we moved forward onto the course, we came across the Sandbag Carry. This leads us up and down an unstable hill before hitting a faster pace towards a surprisingly dry Rope Climb followed by the Atlas Carry. However, as we completed the mandatory burpees for the Atlas Carry, we noticed the thick forest areas were not the only areas filled with thorns.

After entering another wooded area, we reemerged to take on the Bucket Brigade. Despite being a flatter path, the course showed yet another side of its diverse terrain. The now open field was filled with chopped and broken trees making the ground unstable and tricky to maneuver through. The following area of thick leaves and growing plants made it difficult to find the course markings and 8 Foot Wall while still having to worry about which step to take.

As we made our way through the longer portions we experienced, even more, diversity from the course as it began to change immediately with every turn and step. From mud and grass to thorns and rock, to broken logs and thick growing pines, and now swampy lands and steep drops that lead to water crossings. The South Carolina Beast proved to be one of the most diverse terrains, making up for its lack of elevation. From obstacles 15 to 18 and 22 to 27, the terrain truly gave the sense that runners were out there all alone.

With a large crowd of spectators cheering participants on in their final home stretch, it was clear that the race was finally reaching its end. The last 4 obstacles were a reminder that we weren’t finished just yet. To start, Olympus brought any remaining energy reserves down to 0. This was only to be followed up by the Multi-Rig, which claimed its fair share of victims just before having to climb up and down the A-Frame. The last and final obstacle was, of course, the Fire Jump to the Finish Line.

From the parking area to the finish line, the Spartan Race Beast in Spartanburg, South Carolina was certainly a new kind of experience. The only downside of this course would be the abnormally large amount of thorn filled bushes. Despite the added challenge, this venue is one to visit again in the future!