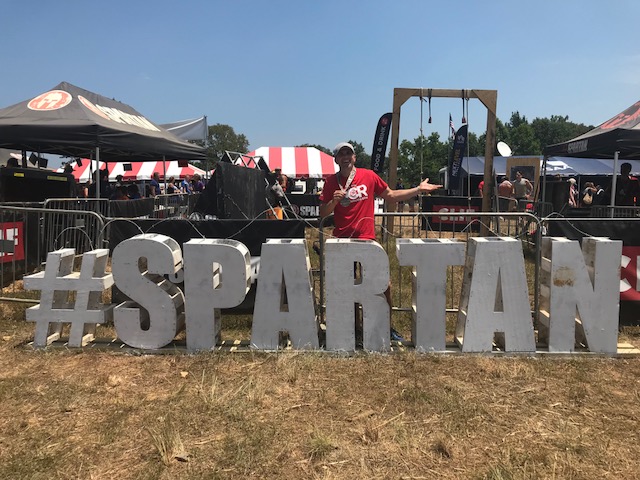 Spartan Races are what many believe are the apex events in obstacle course racing.  Each year they add a new type of race expanding from the original Sprint, Super, Beast format to now include the Winter, Mountain, Stadium, and Honor events.  All of this in an attempt to continue to challenge racers with new terrains, distances, and obstacles.  This was my first honor event and beyond being a medal whore trying to collecting any medal that's different, I was looking forward to a special event that separated itself from the other Spartan races.  However, the race and event were far different from my expectations and I hate to say a little disappointing.

Having an event located on/near a military base and naming it an “Honor Series” I expected a lot of patriotic fanfare and pride for our nation's military.  And deep down my memories of watching Goldfinger had me thinking maybe I'd have gold bricks on the sled pull instead of sandbags.  What I experienced was an average course and an event that didn't feel any different from every other Spartan Race.  It was the same vendors, the same photo ops, and same “Aroo” speech at the start line.  The course and event area showed no signs of an “honor series”.  The patriotism and honor I saw were from the many veterans and service people who ran the race around me. The course at Fort Knox is flat, fast, and dry compared to most of the races in the Midwest.  The low rolling hills are manageable even for the most inexperienced OCR racer.  The lack of water crossings and mud crawls only added to the intensity of the race having few opportunities to lower your body temp other than getting back into the wooded areas and out of the hundred degree temps.  Even the barbed wire crawl was made more uncomfortable (believe it or not) by the rocks and gravel sticking up from the red dirt.  The only downside I would say about the course was the narrow ravines that were the only passable single file.   If you got stuck behind a slow group you just had to wait and walk because they didn't even have space to step to the side to pass. This is where Spartan is losing touch with its participants.  If you've done a Spartan Race before you knew exactly what obstacles there were on the course and how to complete them.  Every race you know you will have the same combination of 20 obstacles only laid out in a different order.  Riding the bus back to the parking lot the consensus among those of us who do multiple races a year is that we're bored of Spartan.  The only challenge Spartan adds is stacking the obstacles up back to back so that your grip strength is gone by the time you hit the multi-rig or twister.

Overall I'd say this was an average OCR race.  There wasn't anything that stood out to make this the special event I expected from an honor series.  I had heard that the Fort Knox race was brutal because the time of year always made it extremely hot and wasn't disappointed.  The heat was by far the most challenging aspect.  If you run this race next year (and despite it all I'll probably be back), make sure to take some sort of hydration whether a water pack or even gu or blocks.  Otherwise, the heat will be the obstacles you weren't expecting.