If you thought winter races were supposed to be appetizers to warm everyone up for all the races that are to follow later in the year, then be sure to thank Bill Wolfe and his rock star team for Chuck Norris-ing the crap out of that idea.

This year, the Abominable Snow Race was held on top of a very big rock in Wisconsin known as Devil's Head ski resort. No Zumba class or Runga retreat would have ever prepared the couch dwellers for the snowy vertical madness that was unleashed upon the countless victims this early February.  I could see death in the eyes of the flat landscape runners of the midwest that morning as we all peered straight up the never-ending vertical slope hoping to see the top, but it was nowhere to be found. 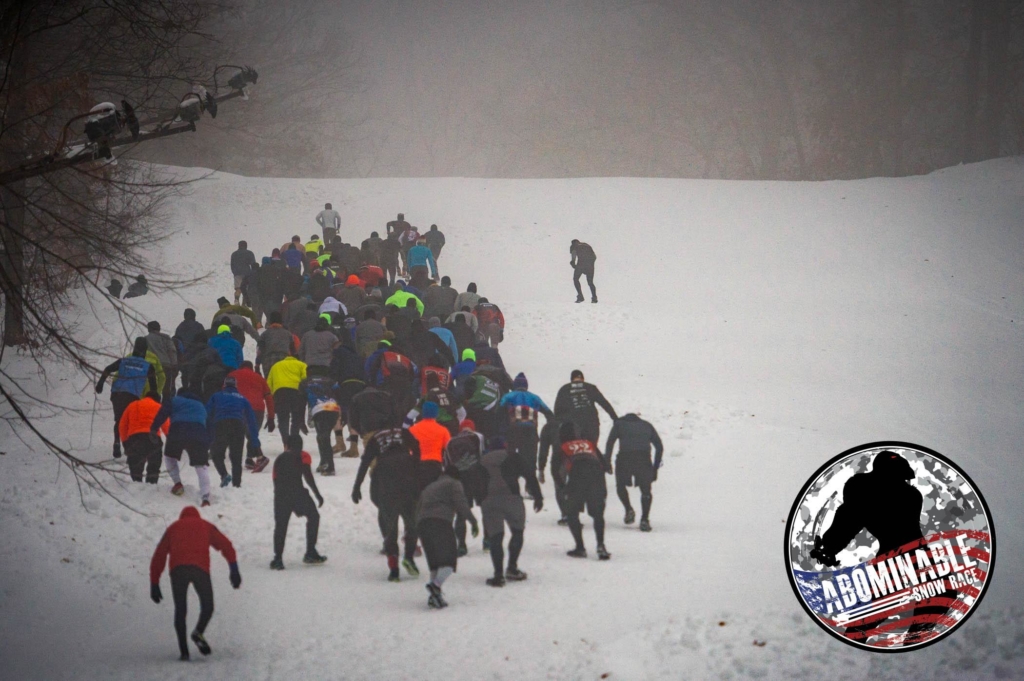 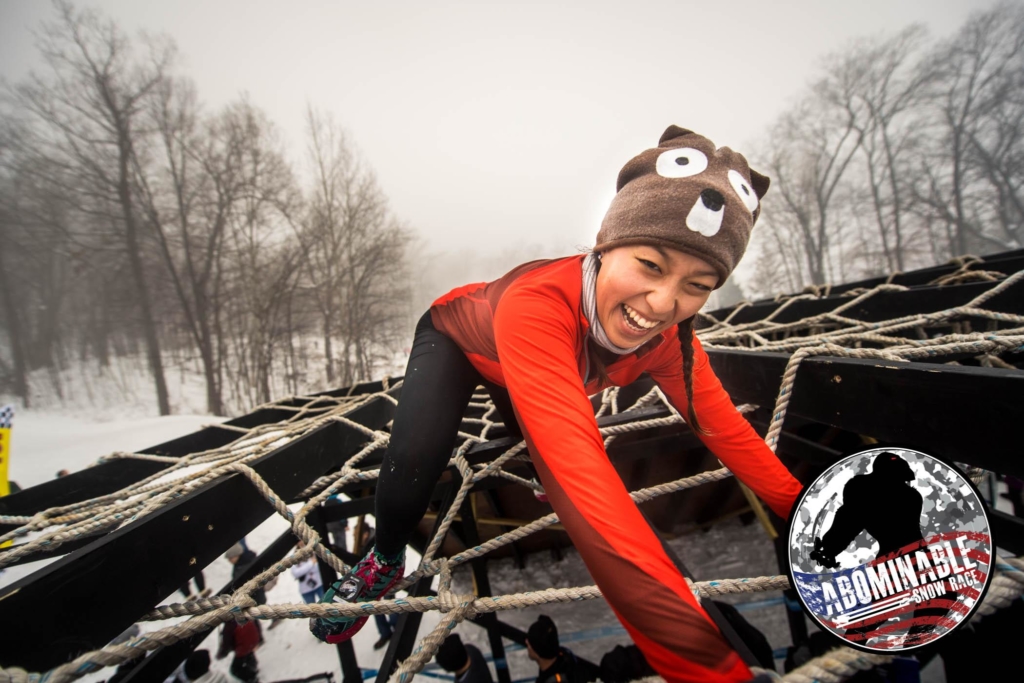 The way the race works for elite racers is that all obstacles are mandatory but not with infinite attempts. Elite racers have three wristbands to mark each failed attempt. Once a racer has failed three times, they are out of luck. A racer can spend all of them on one obstacle, or spread them out over the length of the course. 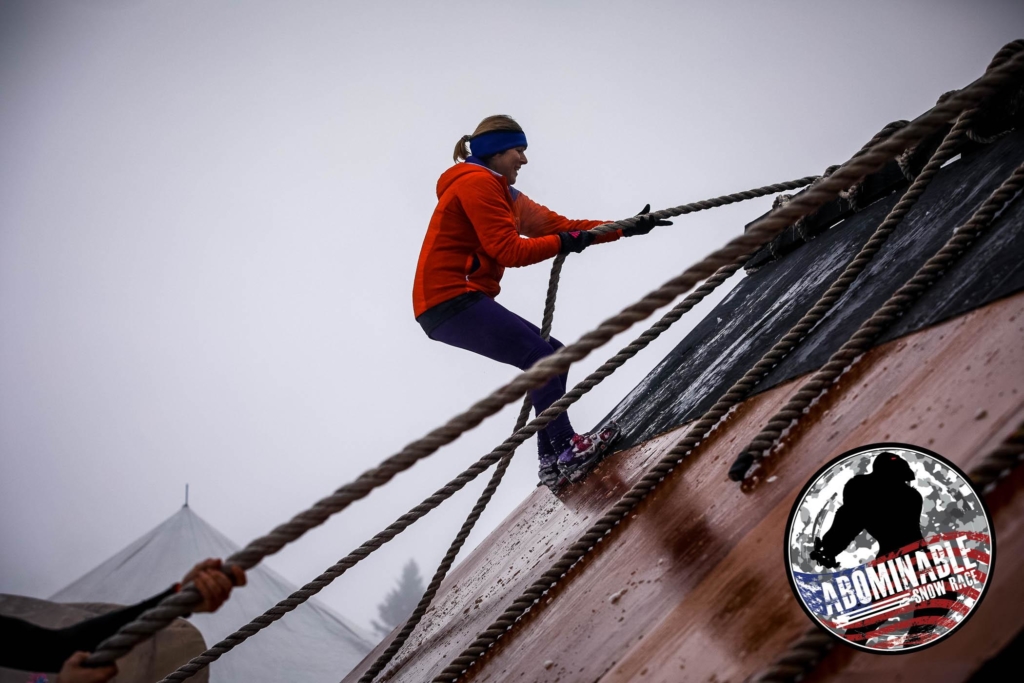 A wickedly awesome blanket of fluffy powder graced the hills just days before the race.  The constant running through the deep cushy snow was comical at points but was still exciting even though it provided little stability for any decent footing. It was impossible to get a rhythm going in order to stay balanced and propel myself up and down the very technical landscape. The sky was a tad overcast.  Some said there was fog early in the morning, but I knew that it was actually the emission of badassness coming directly from Coach Pain as his vocal cords reverberated off the top of the mountain. 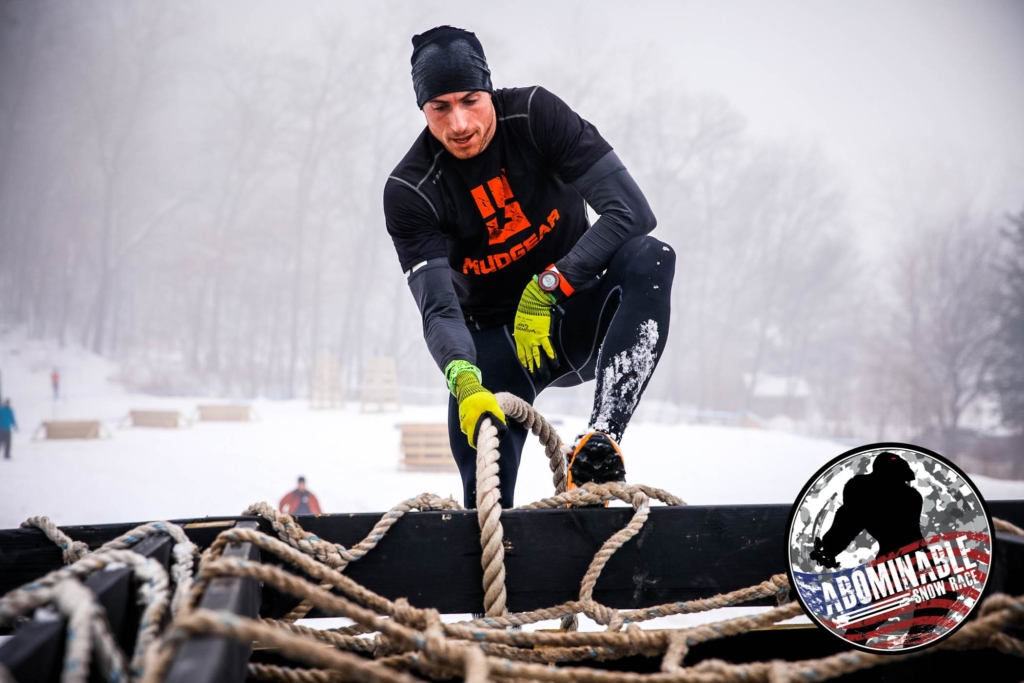 
Big, wicked snowy hills are the most major obstacle on this course.  Besides being visually stunning, they provide uneven slippery footing guaranteed to get your heart rate into the red zone and provide great padding for when you fall over and over again.  And while the grip game was tame, and the heavy lifting was toned down from the previous year, The Abominable Snow Race has the biggest ace up its sleeve that 99% of all OCR races are completely unable to accomplish.  The Abominable Snow Race has the Avalanche as a guaranteed game winner simply based on how tremendously fun it is. 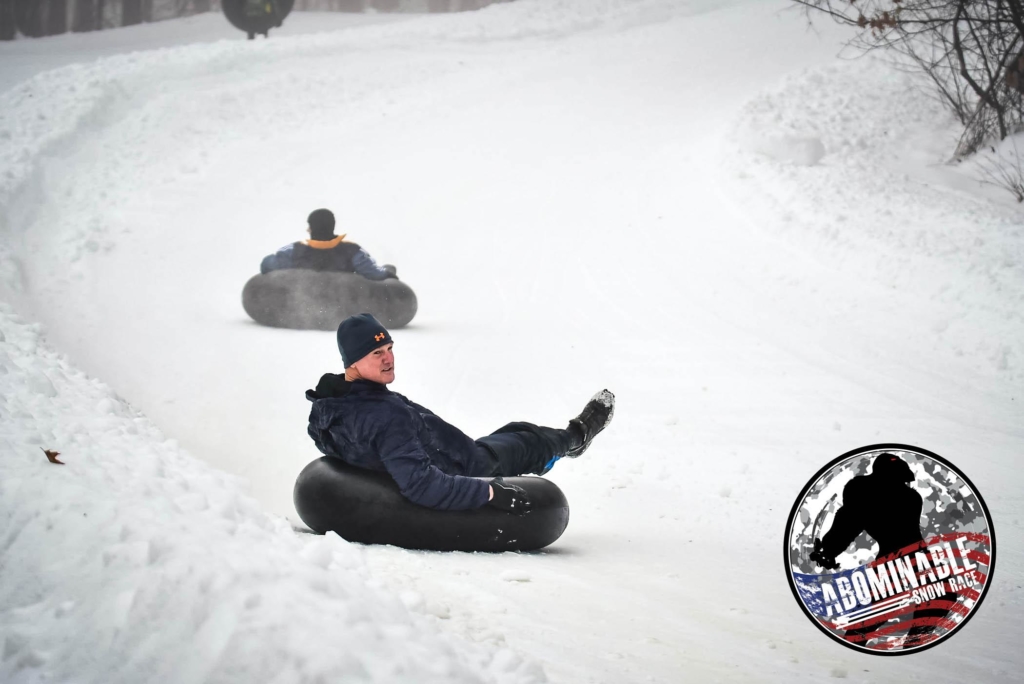 People often forget that the simplest answer to a problem is most often the best solution.

To complete the Avalanche, you must run an awkward sized inflatable donut up a mountain and then slide down a path on said donut. It is downright terrifying to let go of control and just let gravity have its way with you. Did I tell you that the tube spins as you travel down the ski slope?  Yes you are going to hit a frozen ice wall at some point, but don’t bother trying to redirect the path, because the snow your shoe is kicking up off the ground will just fly into your eyeballs. 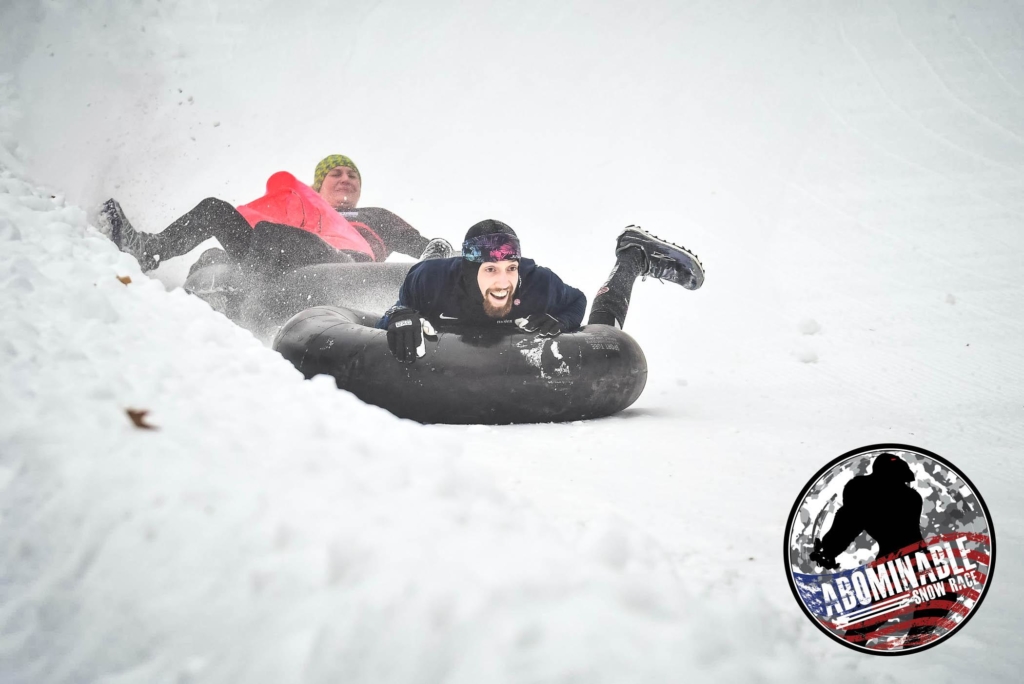 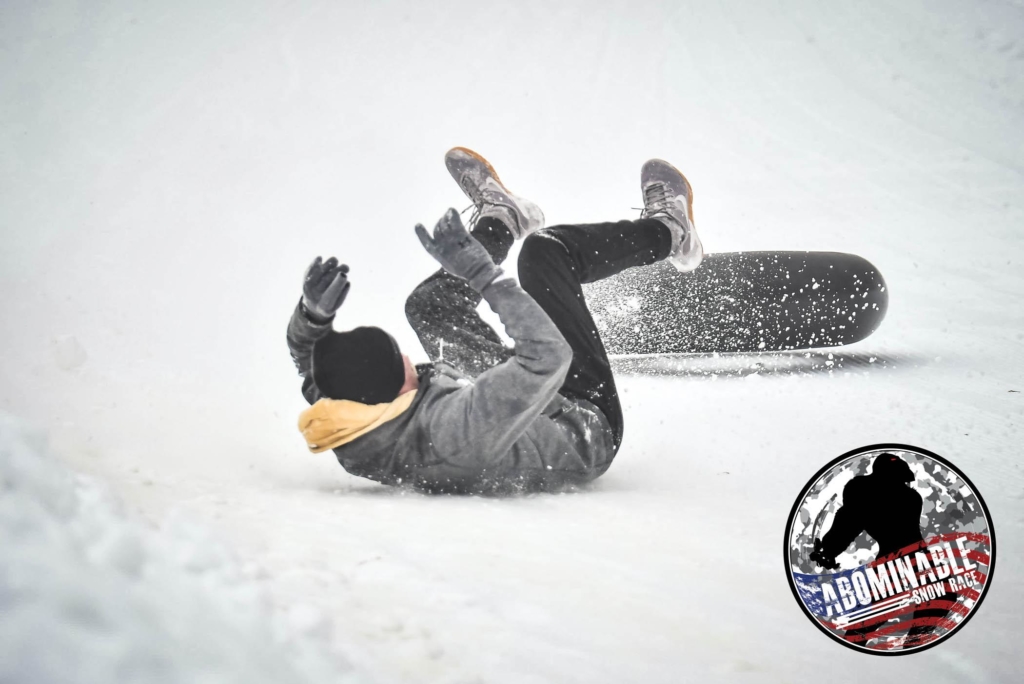 If you haven’t been reading, this race is at a ski resort.  Racers can either eat their post-race bananas and energy bars, or they can walk five yards and eat a New York strip steak with French wine. This place is as highfalutin' as you want it to be. 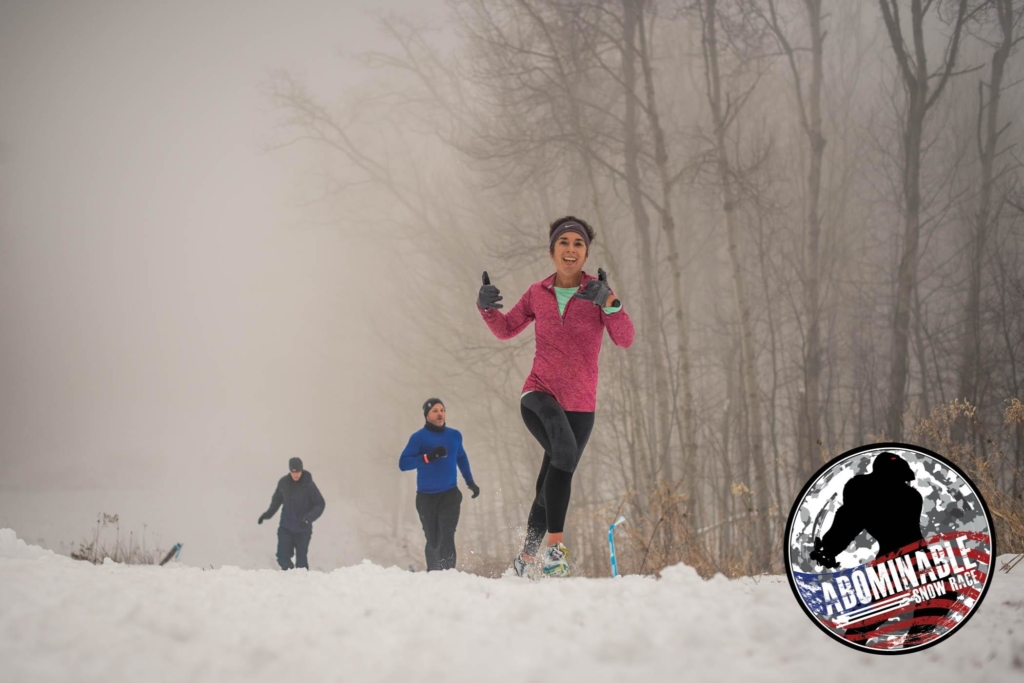 Overall Rating: 5 Frozen Yetis out of 5

This race cannot be ignored. My feeling is that the Abominable Snow Race is the true race that everyone needs to be training for all year long and it keeps getting better every year. Devil's Head ski resort offers loads of majestic vertical feet to climb with unpredictable weather it might not be clear as to what kind of gear you will need, but rest assured that the conditions have been challenging in the most amazing way possible.  The best part is that if you are not feeling like a several-hour romp around a big rock in Wisconsin, then there are multiple distances to match your agony threshold.

Massive bravo to Bill Wolfe and his crew for getting everything prepared for everyone during the polar vortex and building rigs in windchill temperature of -50°f while I was at my cozy hotel.

This serves as a warning not miss the 2020 Abominable Snow Race.  Registration is already open, so the prices are at their lowest and will only increase as the days go by. 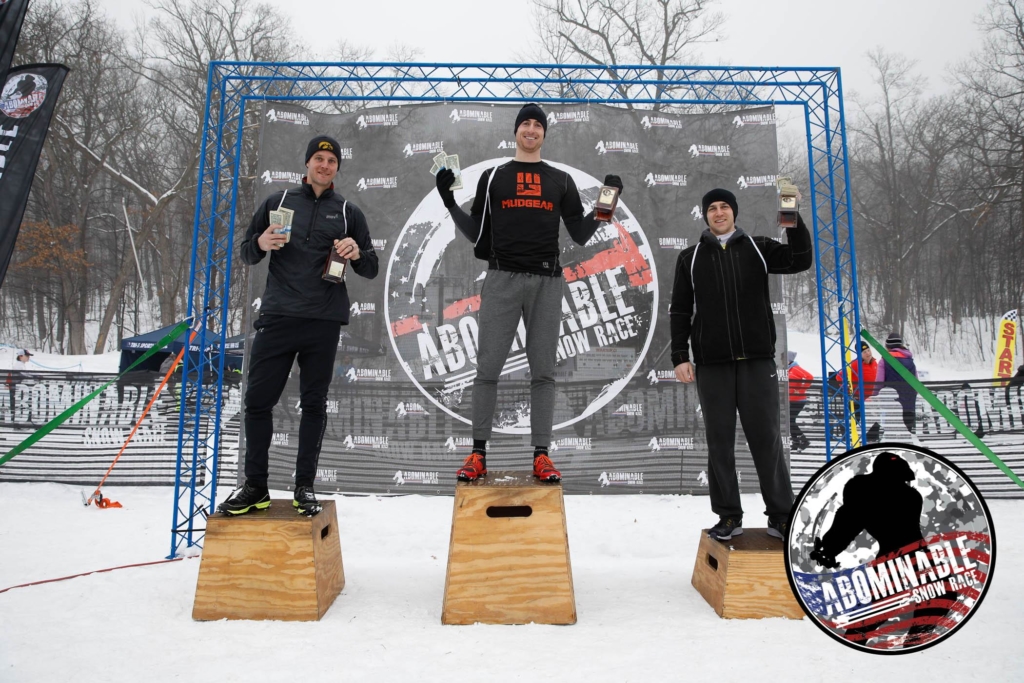 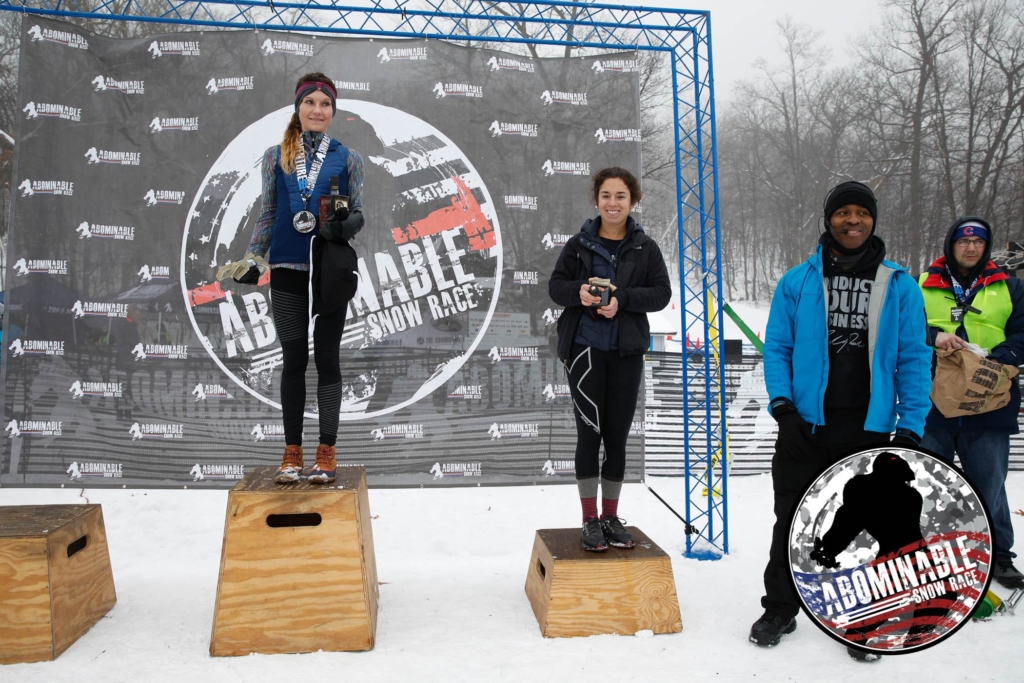 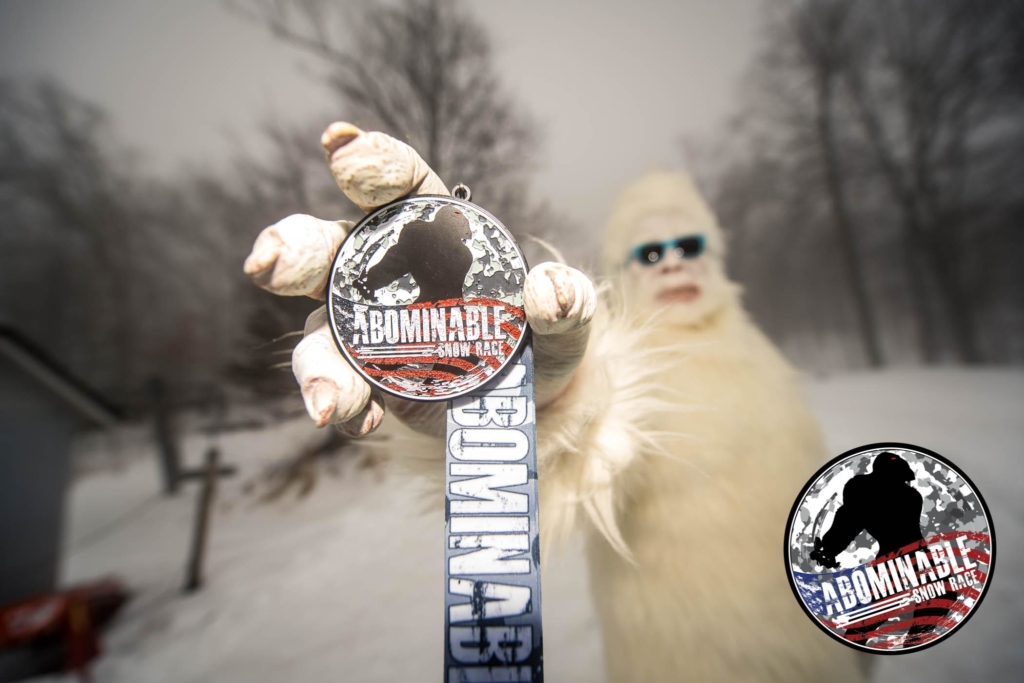 Have you done an Abominable Snow Race?

Leave your own Abominable Snow Race review and feedback...

I realized my true prowess for journalism excellence back in 1991 when Tiger Beat Magazine listed the top three reasons to fall in love with Boys 2 Men, and I was able to list four.instagram @runlikebond