The Spartan Million Dollar Challenge went unclaimed as athletes from 40 countries braved the harsh conditions for 24 hours in Åre, Sweden. 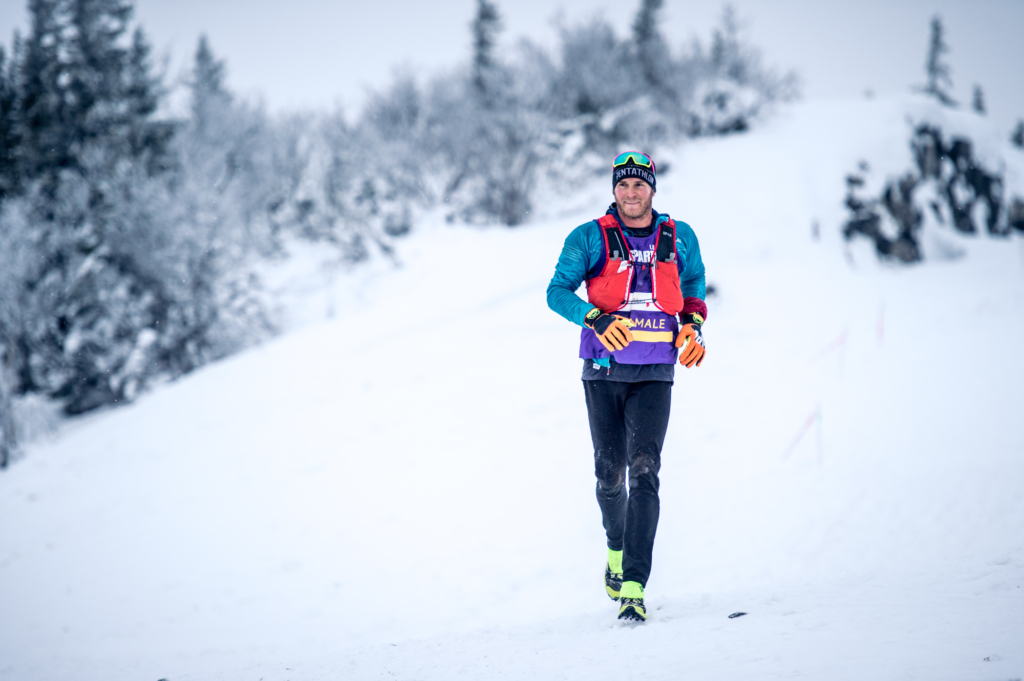 For more details on the race, see the press release below:

ÅRE, SWEDEN (November 10, 2019) – The beautiful snow-covered mountains of Åre, Sweden set the stage for one of the most grueling endurance events of the season, the third-annual 24-Hour Spartan Ultra World Championship, which drew a field of athletes from more than 40 countries to the event’s new location. Returning men’s champion Ryan Atkins, defended his title completing 80-miles (129-km) with a time 23:22:05. The women’s race was captured by Slovenia’s Rea Kolbl, who finished 70-miles (112-km) with a time of 24:10:00, and a commanding lead over France’s Myriam Guillot-Boisset, who finished 65 miles (104-km) with a time of 24:55:02. Temperatures hit negative 22 degrees Fahrenheit (-30 degrees Celsius) with continuous snowfall, which provided a fresh blanket of powder on each lap.

On his path to victory, Atkins climbed more than 8,800-meters, higher than Mount Everest, while Kolbl climbed nearly 7,700-meters. On each 5-mile (8-km) course loop, athletes had to conquer 25 obstacles including the Spear Throw, Monkey Bars, Rope Climb, Sandbag Carry and Tire Drag.

A battle for second place in the men’s race was waged between 24-hour race first-timer Aaron Newell (USA), and an unknown Norwegian, Sebastian Conrad Haakansson, hailing from nearby Trondheim, who finished 80-miles (129-km) with a time of 25:28:06 over Newell who completed 75 miles (120-km) with a time of 23:34:26. William England from Umeå, Sweden, took fourth and Kristopher Brown, a 100-mile trail specialist, pinched out fifth-place.

“This year’s Spartan Ultra World Championship had beauty and serenity, behind it, which disguised a soul-crushing race that tested then toughest athletes on earth and pushed them to their limits,” said Spartan’s VP of Production David Watson. “This will go down in history as one of the greatest Spartan events that has ever happened.”

Although Atkins took home the race’s top spot on the Podium, he fell short of the distance needed to win Spartan’s Million Dollar Challenge, which offered the largest purse in OCR history to elite athletes who competed in Spartan’s three World Championship events during the 2019 season. The challenge began September 29 at the Spartan World Championship Powered By Rakuten in North Lake Tahoe, California, USA, before moving to the Trifecta World Championship in Sparta, Greece November 2, and ended, unanswered, here in Sweden. To win Atkins would have had to cover 110-miles (174-km). Other eligible athletes including Guillot-Boisset, would have needed 90-miles (145-km) and Aaron Newell, who placed in third with 75-miles, would have needed 110 to take home the prize – as per the bonus point system outlined in the challenge.

Missing from the podium completely, was Robert Killian, a favorite for the race and the $1 Million USD prize as he would have needed to cover 105-miles to. Killian ended the race early, 16:36:05 into the event, placing 10th with 55-miles (88-km) and a time of 16:36:05 when he saw his chances at the million slipping away.

In addition to the elite competition, the weekend featured age group and open categories for the 24-hour Ultra, as well as an 8-mile “Spartan Super” with 30 obstacles, which drew more than 200 racers of varying skill levels.