Death Race? WTF is That? (June 24, 2013) Earlier today, Death Race 2013 “finished” – well, as much as a race that is rumored to never end can actually finish. In honor of 20-25% of the entrants completing the event, I dug up a little piece I worked with Andy Weinberg and Joe DeSena (the madmen behind this brutal mental and physical race) on when researching Ultimate Obstacle Race Training last year. (Photos from 2013 Death Race) 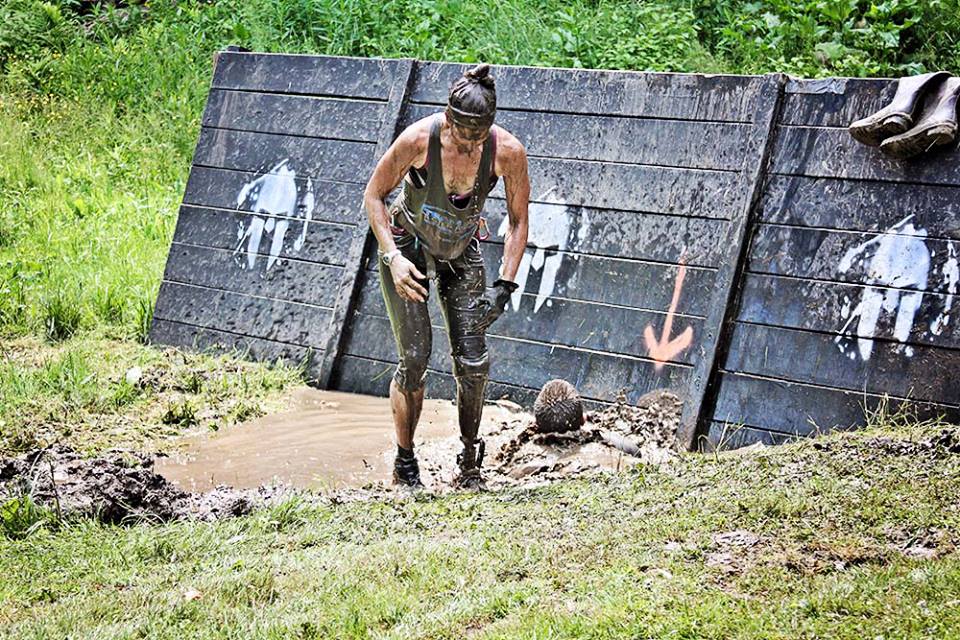 Death Race is different than any other event; it emulates life. The event is completely designed to break people physically and even more so mentally while every other event is designed for you to finish. Those races have aid stations, directions, volunteers giving you a pat on the back and cheering you on and hand-holding the entire time. Death Race is a full-on mind-fuck from the beginning to the end. We don't tell you when the race is going to start, when it will end, how long it will be, what to wear, bring, eat, shit, sleep… we have designed it to be just like life; there are no set answers and you have no idea what you're doing until you get there. Death Race starts the minute you sign up, months before the event; the uncertainty will consume you, enrage you and get in your head to knock you off your game. Death Race will piss you off weeks before the gun goes off. Everything is today and perfect in today's society, but man has been walking this planet for hundreds of thousands of years before we had drive-thrus and hand sanitizer. Society today has no idea how to react to the adversity like any of our ancestors faced throughout history, each day you fought to survive and life was never perfect. It throws a monkey-wrench into our lives when we have to face challenges that we don't expect; losing a job is not comparable to the hardships every other human had to endure for us to get to this point.

Death Race turns your world upside-down for weeks leading up to the event and really hammers it home for a few days. There are thousands of excuses for why people didn't finish: 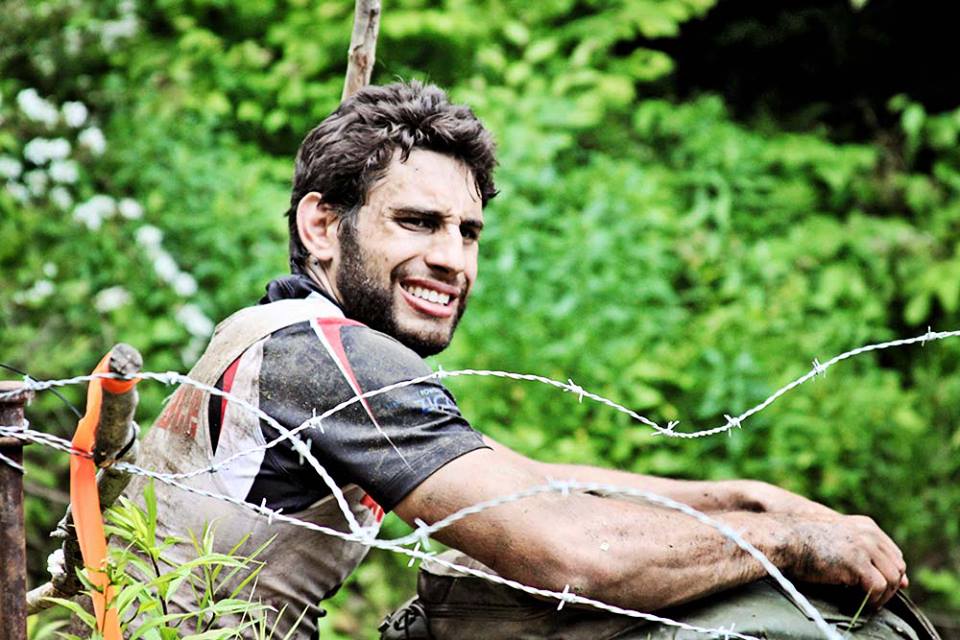 Joe says; “The few individuals that can keep their mind clear and focused while continuing to progress forward fare considerably better the average individual. The elite of this group are the ones who complete the event and inspire others – including everyone here at Death Race. We created the race to find these superheroes, and it is a life-altering event for everyone involved when they realize their full potential. If I find one superhero per race, then I consider it a rousing success”

Eventually, each competitor – whether they are in 10-12% that actually survive until Joe decided the race is over or not – is left with the realization that Death Race made them extremely mad because they may not have been beaten physically, but were decimated mentally. “On thing that I find particularly rewarding is getting emails from past competitors days or even months later who finally realize what Death Race did to them: “I'm so pissed off at myself for letting that f*cking race get to me like that!” is usually followed by a somewhat unusual request: “Is there any chance I can get an invite for next year?”.

A very large percentage of racers are repeat offenders; Death Race get under their skin and becomes a part of them. For the eighty percent or so that don't finish, those with the drive and determination to complete the race are sucked back in to submit their entry request* for the following year, knowing full-well the race will be entirely different in length of time, distance covered, obstacles and theme. Each event has a theme that goes so much deeper than just banners or emails with gladiator photos; they are diabolically chosen to make you question yourself, your priorities and everything about your life. The wrong choices may even kill you. 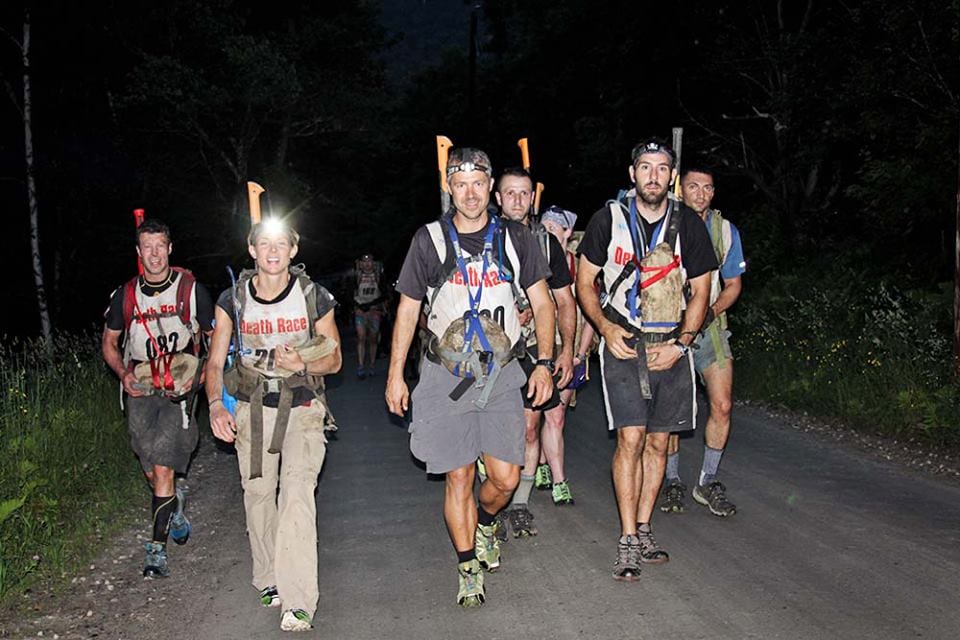 Every death race is radically different, as is every single element and obstacle – mental and physical; the only thing that stay constant is Pittsfield, VT, which is Joe's hometown and the only location he would consider for his events. With extremely difficult and unyielding terrain, this northern New England proving grounds nestled in the Green Mountains is the perfect place to develop the hellish challenge worthy to thrash the racers who are chosen to compete. Each year it is not only a new course waiting for these intrepid adventurers, but Joe and his team have created a unique and dastardly “life lesson” that will shake each racer to their core and make them search inside for who they really are and what they believe. Greed, faith, honesty are just some of the chosen themes; and they are not just window-dressing for a mud run; but an all-encompassing backdrop against which the consequences of each decision the competitors make is played out. 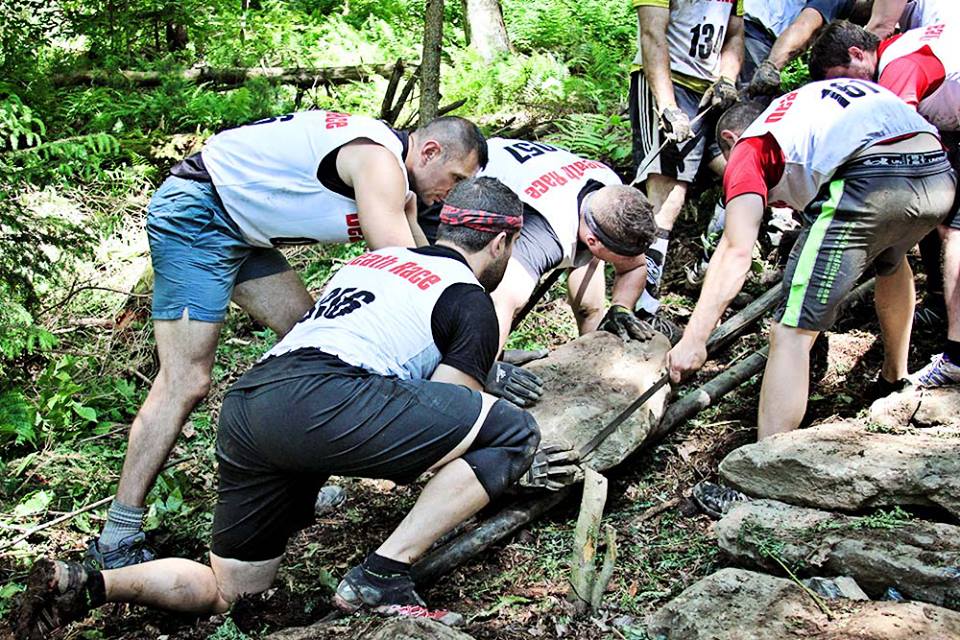 During the 2010 Death Race, entrants were forced to look inside themselves for their view on greed and what money truly meant to them by carrying $50 dollars along with them and making decisions based on how or where they should spend their money; should they donate it, use it to buy safe passage around obstacles, purchase items to help their quest or to horde it? Sounds simple enough – only it wasn't a fifty dollar bill or even fifty singles, but five thousand pennies they had to carry in backpacks, weighing in at over thirty-four pounds. Each participant chose their own way to use the money, and one nearly paid the price with his life. Weighed down by over 30 pounds of zinc and copper, this competitor was dragged under the water by his backpack. Had it not been for other racers, he was in danger of drowning.

Not only are the elements constantly changing, but so is the duration. As of 2012, the longest Death Race clocked in at a whopping 70 hours while the shortest to date was completed in 12 hours. During the latter event, Joe was a competitor and the course was engineered by his partners. Upon finishing it in 12 hours, he deemed that event “too soft” and made the decision on the spot that no future racer would ever walk off any of his courses in the future and utter that phrase.

At Peak Races, we have our own “Theory of Relativity”; after carrying around a on hundred pound sand bag for a while, that twenty-five pound one feels like a cotton ball. Your perceived stress or difficulty is based on past experiences – and we create experiences that will test you to your limits.”