I AM OCR: Jennifer Way I AM OCR is proud to share the story of Jennifer Way this week. A woman whose life has been truly changed by the sport of obstacle racing. Jennifer shares her story in her own words.

My name is Jennifer Way. 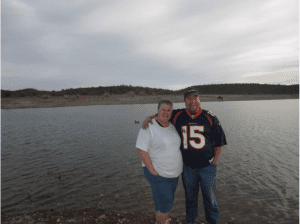 I was 288.50 the day I had surgery, and then because I was in the hospital for nine days, and my lung collapsed on the operating table, I had to be given around the clock fluids, making my weight climb to my all-time high of 299 pounds. I had peace of mind for whatever reason that I never made it to the dreaded 300 pound mark, but really who was I kidding, I was only one pond away. Somehow it made it easier in my brain that I was still in the 200’s. I developed aspirating pneumonia, and had to take around the clock breathing treatments, and had to walk with 2-4 liters of Oxygen, to get around the hospital wing. The second to last day I was in the hospital, I was advised that I had a potassium deficiency, and that I was .4 away from cardiac arrest, and needed immediate IV potassium infusions. 9 bags later they let me go home!

I only tell you this, because after I nearly died because of my weak lungs, I became even more bound and determined to never be in that place again. All of a sudden my “someday list” or better known as “bucket list” became so much more important. There were times when I was at my heaviest that I could not even walk across a parking lot without getting winded; now I box at a boxing gym 3x a week, go mountain hiking 3x a week, and do other training as needed. Before, I was crack addicted to sugary sweets and Diet Coke. I judged restaurants, not based on how good their food was, but if they served Diet Coke or not, and refused to frequent the establishment if they did not serve Coke products. 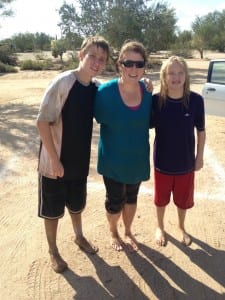 How did I become so in LOVE with OCRs?

I saw a Facebook post about the Cahoots race to be held on 06/28/2014, and knew I had to do it. I was so very excited that day to do my first OCR! I was just as excited about doing my this, as I was the day I graduated college! I could barely contain my excitement! When I was there, I saw the mudrunguide.com crew, and they took a picture of my family and I. They left an advertisement on our vehicle for Flagstaff Terrain mud run. At first, I dismissed it, thinking, “who in their right mind would travel to Flagstaff for a mud run?” But, Cahoots was the OCR bug that bit me, and I could not imagine NOT driving up to Flagstaff for this race. I remember being in Flagstaff and seeing people with race bibs, and the people of Terrain Racing were like, you need to do 20K, in order to get a race bib. Right then and there, I vowed that I was going to do the 20K, perhaps the next year in Flagstaff, because I wanted a race bib. Crazy, I know. I went from not being able to walk in the parking lot to striving for a 20K! Yikes!!!!!

My son and I did Cahoots together, and he had to push / pull / tug me over the obstacles, and I was so drained after that first race, but I knew instinctively that I had found my new obsession! Since that time, we have done six more races, and now my daughter races with us too. We have done Cahoots (5K), Flagstaff Terrain (5K), Zombie Run (5K), Phoenix Terrain Run (10K),AZ Mudathon (5 mile), ROC Race (5K), and Rugged Maniac (5K). If there is a race in town, I want to do it, I have this innate need to do the race. It sounds absurdly crazy, but it is my reality. I will do whatever I can volunteer/ promote whatever to get the race for free or at least at discount. My family (the ones who have not done an OCR before) do not understand this obsession, I cannot explain it either, other than, I never want to be in that place again! I will do whatever it takes to be fit and healthy, and make sure my children are healthy as well! 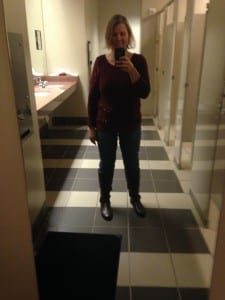