Over the weekend three major events took place around the country. Savage Race opened their season with a crowd of over 9,000 participants in Central Florida. BattleFrog offered a huge beatdown to many elite competitors in Houston, Texas and finally the Southeastern SUCK an extreme endurance event tested the toughest of competitors at Oak Mountain State Park in Alabama. 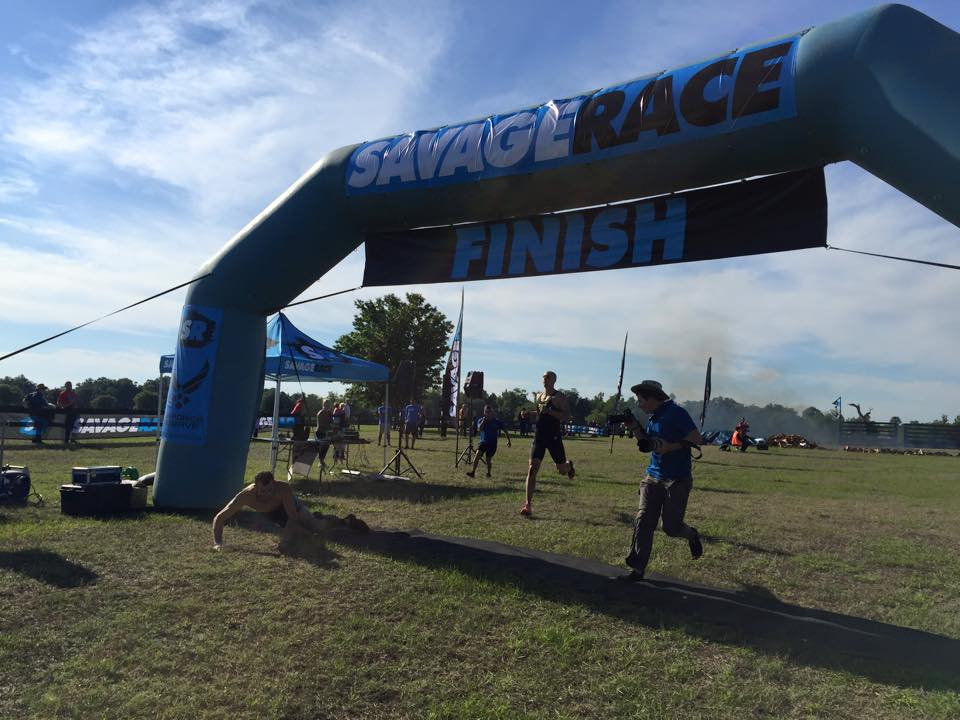 Savage Race introduced their new branding and SavagePro division this past weekend in their season opener in Central Florida. The race had over 9,000 participants compete in the two day event, held on a working cattle ranch and former (horse) steeplechase race course. The weather was perfect and athletes came in from around Florida and beyond. The course featured a running start on the horse racing track as well as ventures into the swamp, and challenging new obstacles that even slipped up some of the top racers.

For the first time the SavagePro Division debuted for the competitive racers, with this introduction came mandatory obstacle completion for a podium spot. Another race getting on board with mandatory obstacles for elite competitors. In the men's race it was a diving finish at the end with “Airforce” Ken Corigliano just edging out Brakken Kraker or the win with Yuri Force in third. On the women's side Rachel Corvington took top honors for the women, with Jennette Gardner second and Angela Cobb third. 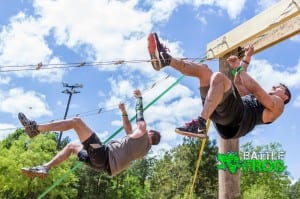 Social media was buzzing after Saturday's BattleFrog event in Houston, Texas. The course was dubbed by many in the OCR Community as the toughest course ever in OCR. BattleFrog debuted it's new 8 Kilometer course and two lap format for the elite competitors on Saturday. The new format tested some of the best in the sport. Corinna Coffin the female winner had this to say about the race:

“Of all the races I've done in my short OCR “career”, crossing the finish line at the BattleFrog Houston event was one of my proudest moments. My finisher medal never felt so rewarding, and to have that Elite yellow band still hanging around my wrist was extra special this time. BattleFrog set a new standard for their races that will surely be met if not surpassed at all their future races.”

In the men's race Ryan Atkins took the win, followed by Hobie Call and his Atlas Teammate Josh Zwonitzer in third. On the women's side Corinna Coffin dominated the women's field as Brenna Calvert and Leah Land both persevered to finish second and third, hours behind Coffin. Some women including Laura Messner would spend over 8 hours on the course during the day instead of giving up their wrist band. She said, “Those long hours stuck at the monkey bars really made me dig down deep within myself.” 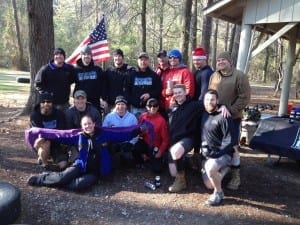 From Valerie Smith: On Friday, 4 females and 14 males set out to complete the Southeastern SUCK at Oak Mountain State Park in Alabama. The overnight SUCK consists of many hours of intense team and individual challenges consisting of miles of trail running, carrying heavy objects, military calisthenics plus strongman training and more. The event ends with competitors going head-to-head in a competition of strength, endurance and intestinal fortitude.

Joe and Nicole Decker made sure this event lived up to its name by giving the participants, about 13 hours of total suck! With temps hanging around the 30 degree mark, the mile creek run which was part of the well known crossfit workout “Murph”, let the competitors know this was a no joke event. The 2 swims across the lake which came early on also let the competitors know it was going to be a long night. Throughout the night, mental fortitude was consistently tested just as much as the sheer strength of the competitors. Early Saturday morning after numerous intense hours of work and a ton of positive reinforcement from the Deckers, 1 female and 12 males were awarded the coveted SUCK coin for completion.