Savage Race: Profile of a Company Doing it Right 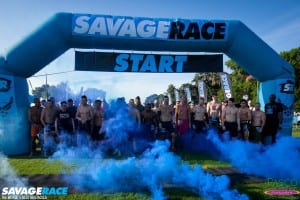 In a sport often marred with races that promise greatness then on race day fall sort of expectations, Savage Race promises big and delivers. While most talk about the Big 3 as leaders in our sport, over time many of the smaller and less known races have proven they can and do put on superior events and their actions are elevating the entire industry. Over the weekend, I experienced my first Savage Race. For years this race had been on my radar. All accounts of the race were always good. This is truly a rarity in the ever-critical sport of OCR. I finally had my opportunity to see first hand if Savage Race really lived up to the hype.

Savage Race started in 2011, they were one of the early race series to enter the market before the sport had formed it’s own identity. The founders Sam Abbitt and Lloyd Parker had wanted to start a business together and after Abbitt ran his first race in 2011 he knew it was the business for them. 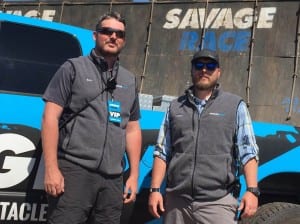 Over the years, Savage Race has grown slowly and organically. They have stayed close to their home base of Florida, never straying further than their team could handle. The race series has grown each year despite being in an extremely competitive market. This past weekend, they had over 9,000 participants during their two-day event in Central Florida. For what most would consider a middle tier race company in terms of quantity of events each year, these numbers should have the big guys shaking a bit. Their next event is predicted over 5,000 participants for the one-day event. We often hear about race series struggling for numbers and yet Savage Race has found the secret sauce. They have tapped into the casual racer, offering cool obstacles that look good on camera as well as challenging enough to make the competitor want to come back for more. With the recent addition of the SavagePro heat there is something for everyone at Savage Race. 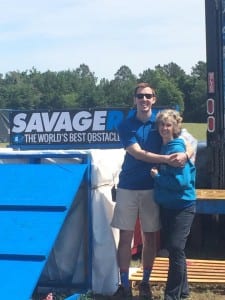 But the real key to the success of The Savage Team is not what happens on the racecourse but the people behind the scenes. From the moment I met the Savage Race team they were helpful and friendly. One employee, who joined the team back in 2011 after answering a Craigslist ad to hand out flyers told me, “we really are like a family”. He went on to tell me most of the original employees still work for the company today. On race day, it was hard to tell which employees were actual family of Abbitt & Parker and which have just been part of the company for a while.

Family is important to this small company, as witnessed on Sunday with Abbitt’s mother personally greeting people as they entered and exited the venue. Parker’s mother a CPA by day travels to all the races to work for her son. She commented about how the two families have become very close since “the boys” who were college friends started the company. Abbitt’s cousin, Mac Stone, an award-winning photographer, author, whom also recently did a TEDX talk is on hand each race to take photographs for Savage Race.

The corporate culture is important to Abbitt and Parker who have found success in the details. Just one of those details included dri-fit staff polos for race day with each employee’s name embroidered onto the shirt. A simple touch that Parker said, “gives the team a sense of belonging and empowerment”. The small touches continued for the staff throughout the event. From the greeters at the entrance, to an official sweeping a worried mother to find her adult son on course in order not to miss a cruise boarding the customer service was spot on. Each participant as they cross the finish line was greeted by name and congratulated, a touch Parker said, “is great for everyone, who doesn't want to hear your name at the finish?” 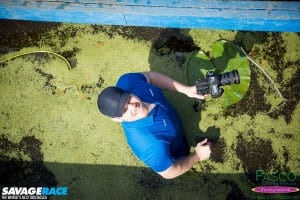 All of these small pieces, which start from the staff, equal one of the best customer experiences in the sport. There is a reason why it's hard to find a bad review about Savage Race, and I experienced it over the weekend. After finishing my lap on the course, multiple employees asked me what I thought of the event. Something not just reserved for a writer or some of the elite racers. I witnessed the staff doing the same with athletes of all abilities and heats. In my experience the only hitch on race day was a slight bottleneck at an early obstacle, which the Savage team agreed and talked of moving at a future race. Savage Race did truly live up to all of its expectations; this in our industry can be a rarity.

As Savage Race continues to quietly grow, the larger companies should take notice. Great obstacles, great race, great people, the list goes on. Savage Race lives up to a statement made to me before this trip began. “Savage Race the best race no one knows about.” Hopefully, more in the obstacle racing world will find themselves at a Savage Race in the future. Savage Race is truly a gem in the OCR world.