This weekend in obstacle racing had athletes spread throughout the country tackling all sorts of races. Including BattleFrog Series, Bone Frog Challenge, Goliathon, three different Spartan Races in two countries and two Warrior Dashes. Ryan Atkins was yet again the name people are talking about on Monday with his back to back wins on Saturday and Sunday at both BattleFrog in Atlanta and Spartan Race Montreal on Sunday. He just might be the first OCR athlete to win two races in two countries in two days. Find out the current OCR World Championship – World Rankings and see how your favorite athlete stacks up. 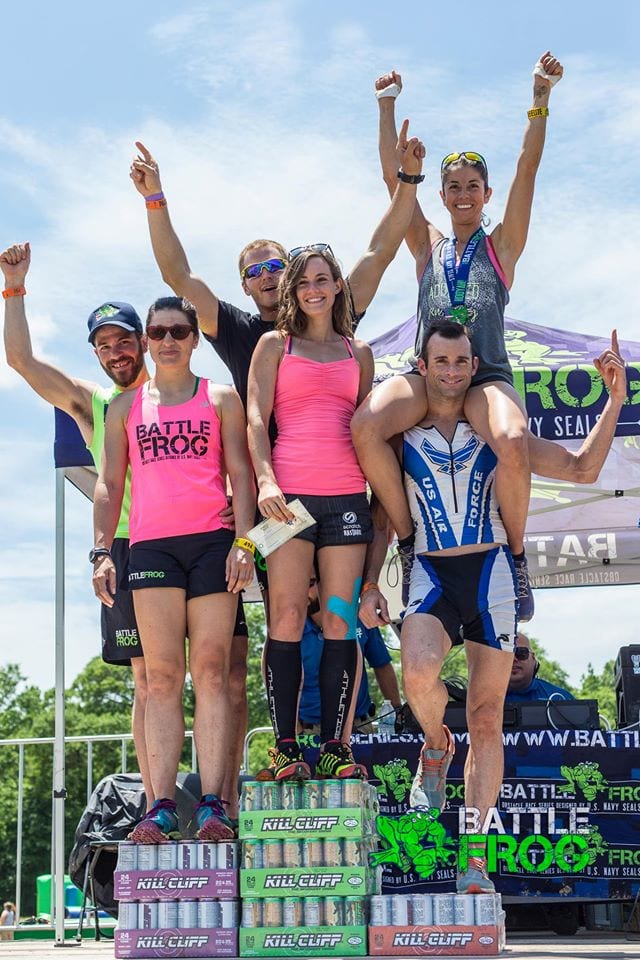 BattleFrog Series was in Atlanta over the weekend and theme definitely was the couples that race together place together. With Ryan Atkins and his fiance Lindsay Webster both taking top spots on the podium, followed by the other Canadian power couple Marc-Ande Bedard and Claude Godbout. In third place was the Florida power couple Ken Corigliano and Rachel Corvington.

Aktins commented on this most recent win,

“Great weekend of racing at the Battlefrog in Atlanta and the Spartan in Montreal. Ryan woods was running strong in Atlanta, but got shut out by the second-last obstacle, allowing team-mate Marco, and his late-race charge to take home 2nd. Ken C took a solid 3rd.” 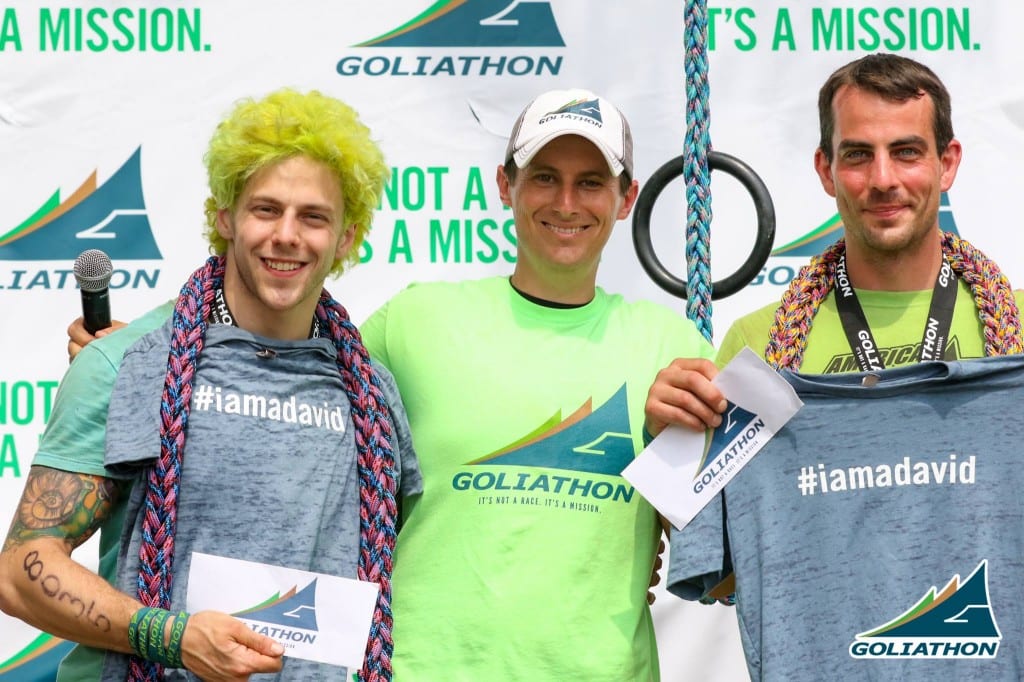 Goliathon is a different type of event that takes place in southern New Jersey. The event is based on obstacle completion instead of time. Three levels are offered for each obstacle and the team with the most points wins. Also any participant that completes all G3 obstacles (the toughest ones) is crowned a David finisher. This weekend the first two David finishers were crowned as well as top teams. Amie “Live Wire” Booth commented about the event,

“Goliathon is not like any other OCR I have done, as it is not a timed race, but obstacle completion and point based. The obstacles are incredibly challenging, but there are different levels, making it something for everyone. I love that one hundred percent of the profit go directly to a charity, making it an event that all athletes should attempt in order to give back.” 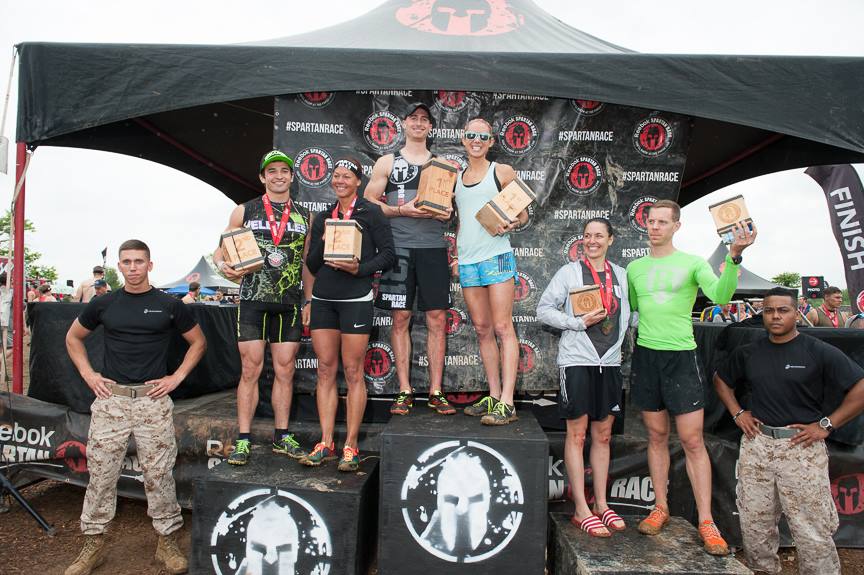 Spartan Race had two races go off this weekend in the United States; both the Austin Sprint and the Indianapolis Sprint. Both races had athletes battling hard for the finish line. Kristine Lotte the third place finisher in Austin had this to say about the course and race,

“[Austin] was a fast runner's course, great weather, and a scenic venue –probably my favorite so far. With quite a few obstacles stacked at the end, you really had to pay attention to pacing and save enough for multiple upper body obstacles in a row just before the finish.”

In Indianapolis the theme of the day was mud. Men's winner Brakken Kraker said this of Indianapolis;

“In my 4 years of obstacle racing, never have I experienced a course that was this muddy and slick. It was like Indiana took every slippery part of the muddiest races we've had, and combined then into one monster of a course.” 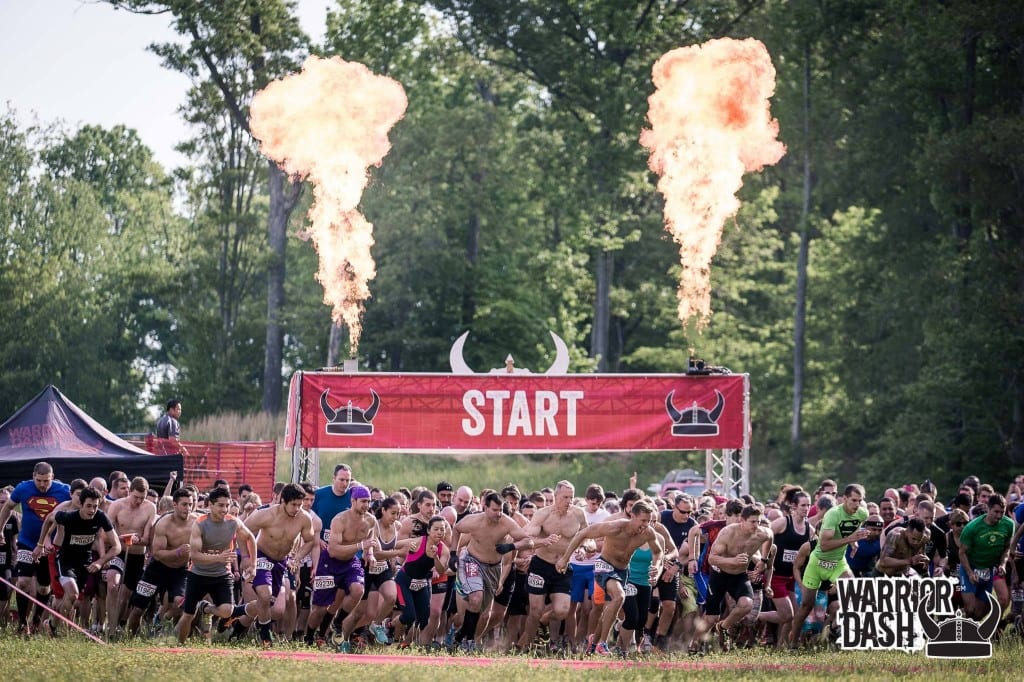 Warrior Dash took place in both Ohio and Maryland this weekend. Both courses were fast and favored a fast runner. In Maryland, professional obstacle racer David Magida commented about the course,

“The trails were actually surprisingly nice. Rolling hills for the entirety of the course, some in the woods and some outside of it on short steep climbs that took us onto a motocross course. The obstacles were a non-factor in the race. Mostly just walls, crawls and tunnels. But still a very fun event.  My girlfriend, Dana Zalowski even won the women's race.”

In Ohio Amy “Magic” Pajcic commented about the race and her win in Ohio, “It was my first Warrior Dash, but it exceeded my expectation. Everyone says it's a good mud race for a first timer, which I would agree with, but the obstacles were still cool and fun to play on!”