BattleFrog on ESPN: Welcome to the Sport of Obstacle Racing 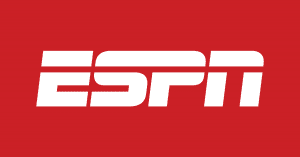 Last night the sport of obstacle racing took a huge step forward. Many obstacle racing enthusiasts tuned into ESPN2 for the first of the three part series covering the BattleFrog Collegiate Championships. The format featured 16 college teams from around the country competing in a head-to-head relay on a short obstacle packed course. The average finishing time for a team through the course was about three and a half minutes. The teams were seated based on qualifying times and the audience watched head to head action as announcers called each match up obstacle-by-obstacle. It had the look and the feel of a true sports broadcast.

BattleFrog is not the first to play around with the short course format, it's been happening for years. The first to introduce the idea of a short course was Junyong Pak and team back in early 2012 with the EPIC Arena concept. Individuals would race through the course in an arena with large obstacles for spectators to watch all the action. In many ways a modern day Colosseum without the lions.  Although the race never happened it was Pak who first pushed the idea of a spectator friendly obstacle race. The only problem, no one was ready for it and the sport was not mature enough.

Next came Hobie Call with a concept built for television, his idea was a team format on a shorter course similar to EPIC but with the twist of a team race. His concept was similar to other team sports that score top finishers for an overall standings. Call worked with Extreme Nation to produce his dream race, but that vision was never fully realized and Extreme Nation folded after one event.

However, one show, OCR Warrior, has been online for over a year and a half now which has a lot of similarities to BattleFrog Collegiate Championships. Brett Stewart, first tried to introduce a college head-to-head competition in 2013 but after that concept didn't take off he shifted gears and created OCR Warrior. Over the last year and a half OCR Warrior has been a head-to-head race series with two participants battling it out on a short course, winner advances to the next round, loser goes home. The show starts with qualifiers, than moves into the final rounds in a bracketed system. Over the past two seasons the courses have gotten shorter and the obstacles more condensed.

Finally, NBC filmed their own short course at the 2014 Spartan Race World Championships as a concept race possibly for television at a later date. This after NBC and Spartan Race struct up a multiyear broadcast deal. The races currently broadcast in the first season felt more like a recap than a live event and we will see what changes happen in the format this year.  Many people gathered to watch the tester multi-lap short course last fall. We will see if the concept takes off.  Building on all of the ideas of the past came the BattleFrog Collegiate Championships we witnessed on ESPN2 last night.

BattleFrog was unique in the fact it was the first time we saw a short course run as a relay with collegiate teams. This gave fans of both college sports and obstacle racing a reason to tune into the broadcast. As we watched the broadcast a new obstacle racing emerged, obstacle racing for television. In many ways it built on the ideas of others over the last couple of years and really highlighted the fact that for obstacle racing to go mainstream the short course is the key. In many ways it was like watching the CrossFit Games with teams taking less than four minutes to get through the course. We watched to see if someone would fail on an obstacle. Did you see the girl who tried to carry the jerry can with one hand on the balance log? It was a relatable moment. Did you cringe when the guys fell off the lily pads? I did because I have felt that pain.

What we saw in the ESPN broadcast was the first time the sport of obstacle racing was highlighted in a real way. No music underscored the athletes or some faceless host telling us a story. Instead we got a play-by-play from announcers, it was real and it was gritty. It didn't feel like we were watching a recap of a race but instead, nearly live action. This is what many of us in the industry have been waiting for. We know it's a sport and want the rest of the world to catch on. Is what we saw a different type of obstacle racing than what we all participate in on the weekends? Yes and it's ok. They have taken the obstacles we know and love and transformed them into something that is viewer friendly. It would have been great to see a few more technical obstacles or more obstacles with a wow factor visually, but we have to start somewhere.

Will I be tuning into the show tonight? Yes. I want to see if West Point continues to dominate or if Corinna Coffin and her team from Virginia Tech and speed it up in the quarter finals. If you missed last night, it airs on ESPNU tonight as well as episode two on ESPN2 tonight.