Last Week in OCR: US and Canada Edition Summer is in full swing and obstacle races are taking off around the world. From local 5K obstacle races to international companies, there is a race for everyone every weekend somewhere in the world. This week we highlight the Spartan Races in California and New York, Warrior Dash in North Carolina, and XMAN Race in Montreal, Canada. Want to see who is top of the rankings in the world? Check out the OCR World Rankings. 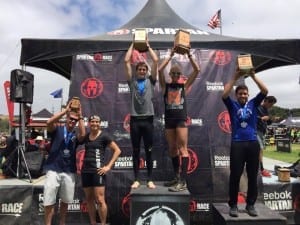 Spartan Race had two races this past weekend in both California and New York. In California it was the Monterey Super that was at center stage. The men's field was fast with Ian Hosek, Mark Batres and Ian Deyerle blazing past all the other competition to take their places on the podium. On the women's side, Amelia Boone claimed another win for the season with Mary Colburn in second and Jill Burford in third.

On the east coast in Tuxedo, New York was the second weekend for the Tuxedo race. Many participants came out to give Tuxedo another run for it's money. On the women's side Jackie Landmark claimed another victory, Taylor Witkiewicz took second and Laura Lunardi found herself on the podium for another weekend with a third place finish. On the men's side Ben Kinsinger took first, with Miles Bartlett and Charles Vassallo in a dead tie for second and Raymond Ramos in the fourth place spot. 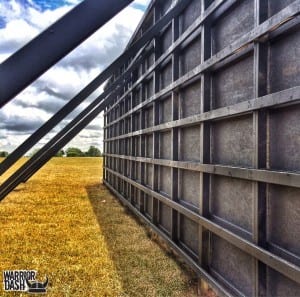 Wash Dash took off in both North Carolina and Nebraska over the weekend. Ryan Woods followed up his double win at the Ohio Spartan Race with another win at Warrior Dash North Carolina proving he is fast no matter the terrain or race. Weather delayed some of the racing in Nebraska. The results are not currently available but will be up later on the Warrior Dash website.

Woods had this to say about the North Carolina event, “It was my second Warrior Dash, the first was the World Championship. They both had one thing in common and that was a blazing fast first mile. After that you settle into an obstacle groove. Warrior dash suites my running background well since there aren't any strength based obstacles. Still it was a challenging course on a hot day so the big water slide and mud pit at the end were welcome refreshment.” 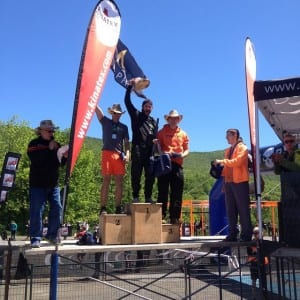 XMAN Race took place outside of Montreal in Sutton, Quebec. The race featured a variety of obstacles including the ever favorite Platinum Rig. The Canadian power couple Marc-Andre Bedard and Claude Godbout, BattleFrog Pro Team, both took to the top of the podium on Saturday. Second place on the men's side went to Jesse Bruce and third to Benjamin Morin Boucher. On the women's side April Cockshutt took second and Nancy Bourassa third.

Bedard commented about his win, “XMan was super fun last year but proves to be a giant step ahead of it's competitors in Canada and surely one of the best OCR in the North American industry.

They focus on quality trail running and innovation of obstacles. The team takes up to 3 weeks prior every events to make sure you get the best out of your buck and they don't disappoint!

Most obstacles aren't extremely challenging but there's so many of them and they are all really fun and impressive that you just keep smiling the whole time! If you're a BattleFrog Series fan in the US, Xman Race is the little “Québecois” cousin that tries to impress you and succeed everytime!!

Cowboy hats, Icebug Shoes, crystal trophies and skull medals the swag is great but the experience is bigger makes it worth it! Long live races like XMAN RACE, BATTLEFROGSERIES and OCRWC!”