I AM OCR: Matt “The Bear” Novakovich 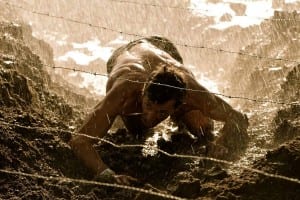 Matt “The Bear” Novakovich burst onto the OCR scene in 2013 with his legendary win over the famed Hobie Call at the Spartan Race in Wintergreen, Virginia. He was quickly recruited to join the Spartan Pro Team and has impressive sponsors such as Reebok. Matt took time out of his busy race weekend schedule to answer some questions for the OCR world to get to know him as a person and athlete better.

When did you run your first obstacle course?

The Bear: Virginia Super 2013. Beat the undefeated Hobie and Spartan scooped me up

Who do you look up most to and why?

The Bear: My wife Tiffanie, because she races at an elite level while raising the most amazing kids on the planet.

I recently heard a rumor that Spartan HQ has decided to allow it’s pro racers to attend and compete at the 2015 OCR World Championships, is this true and if yes, are you planning to go and compete?

The Bear: They've never stopped us. It's a personal decision.   I go to races that I think are put together well and I'm not that impressed with the copycat companies yet

Do you think Spartan should modify the elite/pro wave to be mandatory obstacle completion to eligible for the podium and cash prizes?

The Bear: No, this is embarrassing. If a person reaches hand fatigue in the first attempt why would anyone think they'd get any better after 3 hours of failing? These races need to stay close and competitive. Seeing BattleFrog with time differences of 20 and 45 minutes makes the sport look silly. 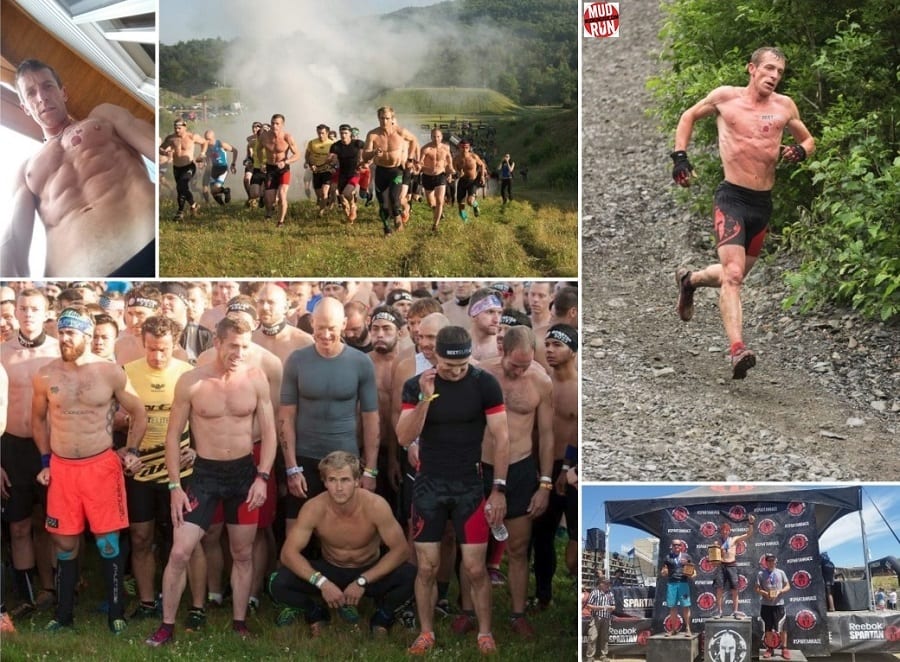 How would you feel if Spartan changed the pro/elite wave to be the last wave of the day on a much dirtier, torn up, and challenging course?

The Bear: I’d love it! I hate waking up early

Recently several major Spartan races were decided by the spear throw, do you think Spartan should add a second spear throws on its courses as it seems to level the field and is one of the harder mental challenges on the course?

The Bear: I love the spear throw. I'm 41 for 43 on my attempts. I get sick and tired of people whining about missing. If you don't want to miss start throwing it in your back yard 1000 times a week like I do.

Do you think living and training in Alaska effects you negatively or positively when racing in much hotter climates?

The Bear: Honestly I've done 43 Spartan races and have never felt warm. I have a very low body fat percentage and I actually thrive better than most in the heat

What is your daily routine like outside of training for OCR’s?

The Bear: I run a million dollar grossing roofing company that does 95 percent of our business in a 6 month period. I often run my crews 16 hours a day to fit it in. If the crew is rolling well, I head to the nearest mountain for a few hours. I return and set 100 pound rolls and get stronger the old fashioned way, work.

This is a question you may not want to answer, but who do you consider the best OCR athlete right now in the world?

Would you like to see an obstacle on the course that is 100% a mental challenge, that being in great physical shape will not help complete at all?

The Bear: Kind of, but I'm actually glad they did away with the memorization station. I want to hammer. Not twist an ankle because I'm too dumb to memorize my 8 digit code in less than 15 minutes while running over roots 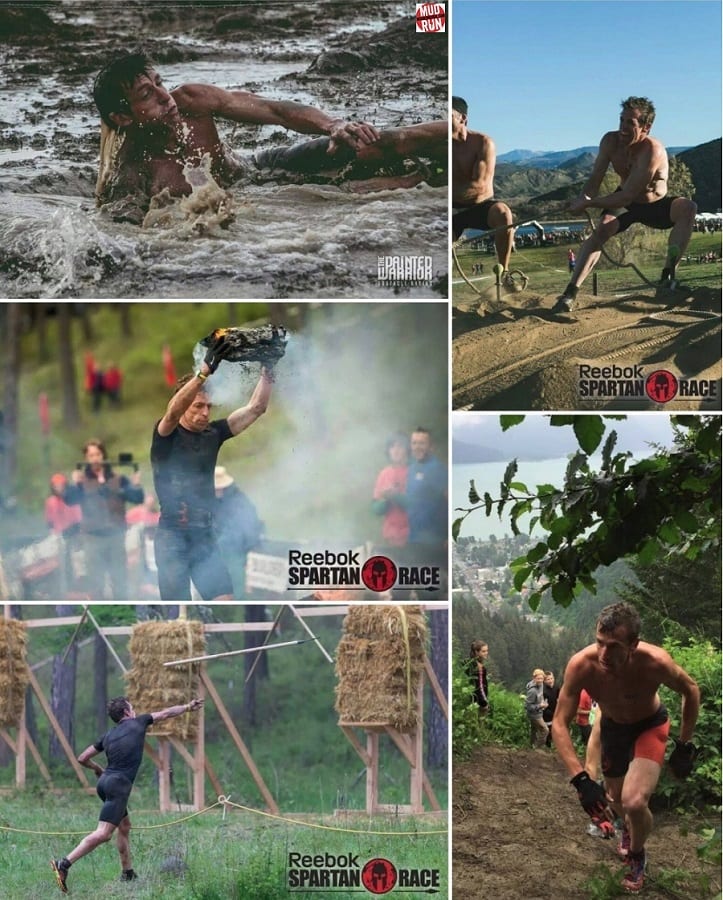 What keeps you motivated to train hard and race even harder?

The Bear: Getting beat.

You spend a lot of time either racing or volunteering at Spartan races/events, do you think they stepped up their game so far for 2015?

The Bear: This is a loaded answer because I'm sponsored, but I give them an emphatic A+. Despite what the haters may say, Spartan HQ listens and responds. They are a business that wants success and profits and responding to the client’s needs is the reason Spartan is dominating.

This may be an unusual question, but when you are out on the course and racing do you ever have a feeling of peace and calmness overcome you? I ask, because for me racing is a part of my life when I feel so at peace and in control of my life.

The Bear: When training yes, when racing no, I feel frantic, urgent and spastic. My goal is to win and I'm constantly in fear that I'm behind and need to catch or in front and don't want to get caught. Think of it this way, when I'm racing Eminem and Skrillex is playing in my head. When training, Andre Bocelli.

The Bear: I race the course. I respect those who are fast and I really don't care about age. I think it bugs them perhaps but hopefully the mature ones realize that our human performance potential can continue into our 50's.

What core training do you suggest for those just starting out in the OCR sport?

Please share one fact about yourself that we the public are not aware of and would find interesting.

The Bear: I wish I would have played college football. I love playing now in men's leagues and yep you guessed it, I play against 18 to 25 year olds. I also want to play Brakken Kraker in one on one Basketball. He can dunk but I'm much quicker and a better shot. 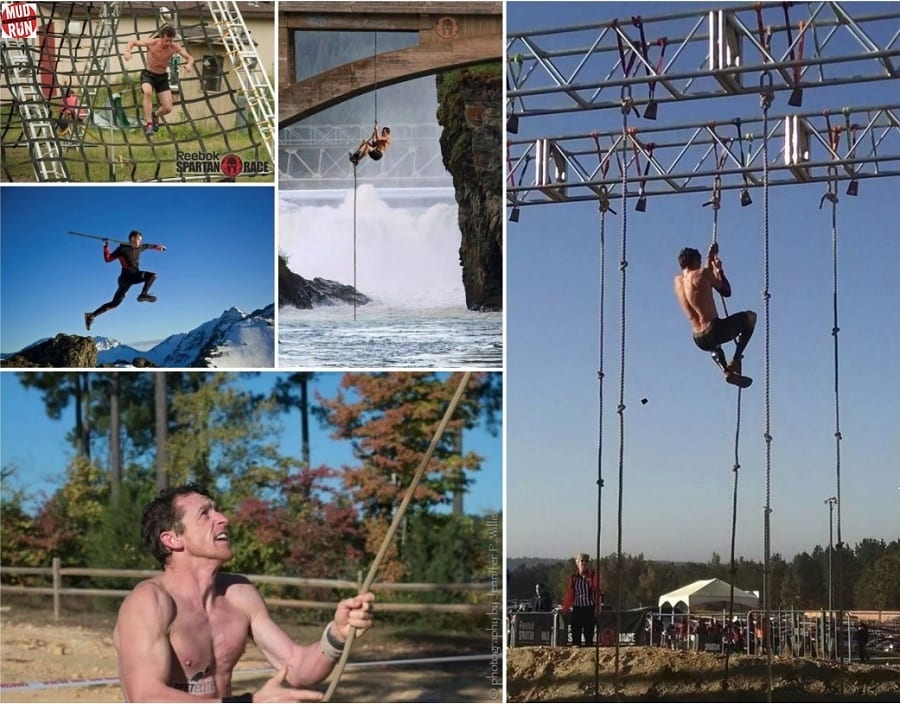 How did you feel about being voted the 2014 Best Male OCR Athlete in the Mud Run Guide Best of OCR 2014 poll?

The Bear: That was fun. I realize I wasn't the best but perhaps my influence towards others' improving themselves qualified me as athlete of the year.

How did you get the nickname “The Bear”?

The Bear: I've been attacked by bears, I've killed bears and I think I attack my competitors like a bear would. Tactfully and then striking when the moment is right.

The Bear: I love this sport. I believe it, like no other defines the greatest athlete on the planet. One must have running endurance, climbing endurance, agility, balance, an attitude of change and failure allowance, the ability to adjust one's skill set. I will quit as soon as I see myself not be challenged or improving.

Matt just finished 6th at this past weekend’s Spartan Super in Pennsylvania, which was a really tough course and he had one, if not the longest travel to the event of any of the top athletes and as well has been running a brutal schedule as of late so I just want to close by saying great job and keep killing it Matt!