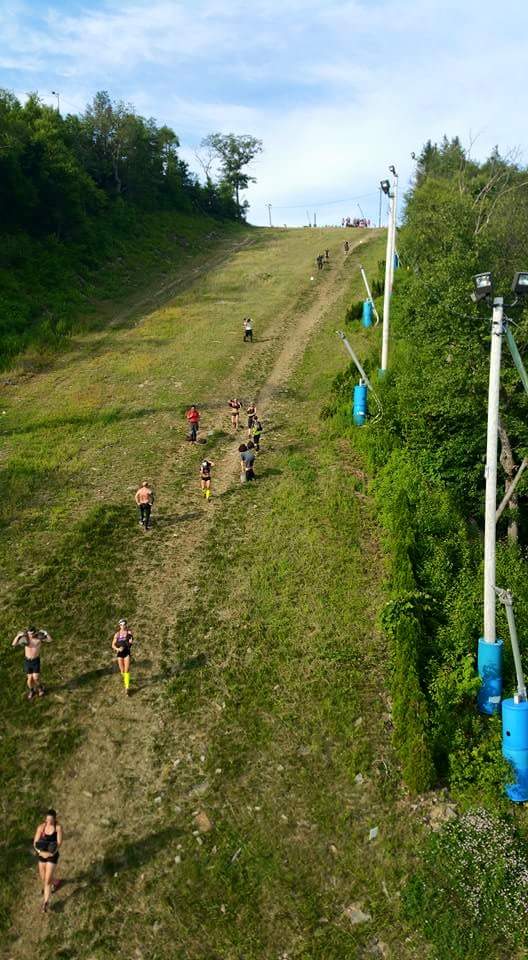 Reebok Spartan Race headed back to Palmerton, Pennsylvania on July 11th and 12th. The event was hosted at the Blue Mountain Ski Area in Little Gap Valley, this Super/Sprint weekend was one of my favorites to date. With Norm “#effNorm” Koch as the race director, he spiced things up this year by adding a very challenging Super course on Saturday in addition to the Sprint course on Sunday. The elite waves were stacked with pros who gave it their all in front of the NBC Sports cameras. The overall turnout and the energy at the venue were like no other. I saw lots of familiar OCR faces out there!

The festival area spanned across the base of the mountainside giving several views of the steep uphills on the course. If you got bored at the bottom, spectators could take a free chairlift ride up to the top where several nearby obstacles and a beer/food tent were set up. I loved this feature at the race. It allowed spectators to be more involved as they watched the racers zig zag up and down the mountain beneath them.

Wow, wow, wow. I loved this course. How can I describe it? Challenging, fun, technical, steep… This course had the perfect balance of running and obstacles, which kept runners challenged the entire way. It wasn’t like other races where obstacles felt stacked together in between long runs. The use of the steep mountainside in a lot of the obstacles gave it that extra kick (example sand bag carry, bucket carry). The freshly cut trails featured many single track areas that tested runners footing with its loose dirt and roots, various sized rocks, and steep climbs. This course even featured a swim through a lake, which was refreshing and unique. Here were some of the obstacles that stood out to me:

Lake crossing – This was one of the longest swims I have seen so far. Spanning across a small lake, the water was about 8 ft deep, which meant you actually had to swim. There were multiple raft barriers that you had to swim under to get across. The water temp was just right, which made it a refreshing change in pace.

Barbed wire low crawl – Thanks to good ole Norm, he added a new torturous twist on the barbed wire crawl. Why not put half of it going downhill and half of it UPHILL with the slip wall in between? The uphill rocky terrain definitely left some black and blue memories. 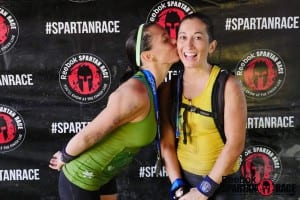 Log carry – This one wasn’t thought out very well. The log carry was on one of the steep ski slopes and with questionable footing at the beginning and end of the carry, I was witness to someone tripping and dropping their log. The runaway log bounced its way down the steep slope and across other parts of the course, which could have ended up with a horrible outcome.

If loving Palmerton is wrong, I don’t want to be right. I was very impressed by this course and had a great time in the festival area as well. The steep hills, the technical terrain, the swim and the layout of the course make it deserving of 5 stars.

Have you done a Spartan Race? Did you race in PA? Share your own thoughts here…