Last Week in OCR: Spartan on the Mountain Summer is in full swing and things are heating up on the competitive racing circuit. One major competitive race dominated the OCR market over the weekend and some have dubbed it a preview of what is to come later this year when the championship circuit begins. Racers from around the world flocked to Palmerton, Pennsylvania for the Reebok Spartan Race Super on Blue Mountain. Other events this weekend included the world's first mud run starting with a tram ride at DirtyBird Mud Run, Rugged Maniac was in New Jersey and Dirty Girl Mud Run was in Killington, Vermont. 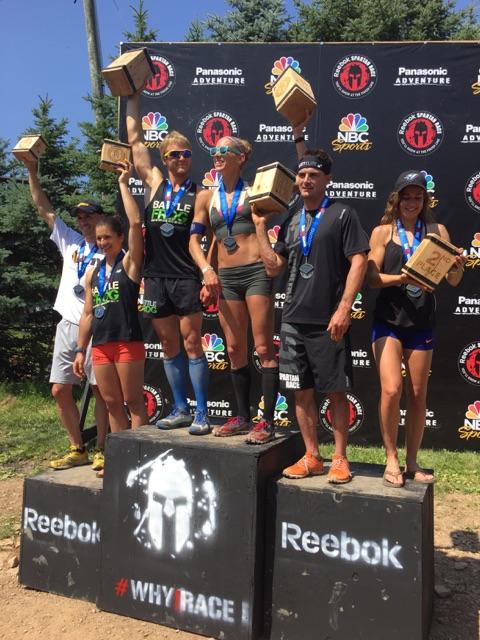 Palmerton Pennsylvannia has been one of the premier venues for Spartan Race for years. This year under the direction of race director Norm Koch, Spartan Race cranked it up a notch going from a Sprint to a Super. This was the next stop for the NBC race series and drew in athletes from multiple countries. The course had athletes climbing up and down Blue Mountain over and over. Amelia Boone commented on Facebook after the event it was one of her favorite courses to date.

In the men's race, it was a battle between Ryan Atkins and Cody Moat with less than a minute separating the two at the finish line. Robert Killian, a virtual unknown in the OCR world took down third place in the race. Knowing they were out of the podium competitors Hobie Call and Brakken Kraker smiled as they were virtually hand-in-hand across the finish line tying for fourth place.

In the women's race, it was Amelia Boone who once again proved her dominance in the OCR world with a strong win. Lindsay Webster finished two minutes behind Boone for the second place spot. Claude Godbout was close behind Webster for the third place spot. Corinna Coffin would come in a few minutes later for fourth place followed by Rose Wetzel in fifth place.