Last Week in OCR: The Hardest OCR Ever! Another busy weekend in the world of OCR. Many took to social media over the weekend proclaiming that one race was possibly the hardest regular season OCR ever. That race was BattleFrog at the Mud, Guts, and Glory course over the weekend. As well high praises graced the web after the Spartan Races in both Asheville and Boston. Other races over the weekend included Warrior Dash, Badass Dash and more. Check out the current World Ranking at OCR World Championships. 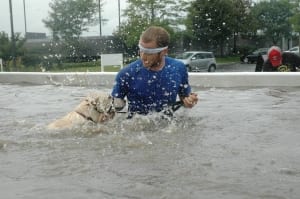 Badass Dash headed to their second Chicagoland race of the year. The race took place at The Ballpark At Rosemont and utilized features both in and out of the ballpark. The event featured several ways for people to compete in either the elite, recreational, kids and K-9 divisions. Badass Dash is the only obstacle race to feature a K-9 Division for you and your dog to run together. 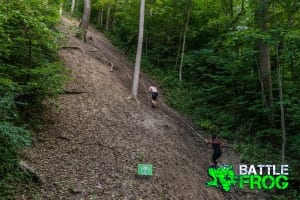 The BattleFrog race outside of Cincinnati at the Mud, Guts, and Glory course is already being heralded as one of, it not the, hardest regular season obstacle courses ever. The course was brutal even for top competitors. Christoper “Beard” Acord made sure to use all the natural features and permanent obstacles he could in his course design. The elite race ate up many top athletes, leaving them one choice, surrender their band. The race was a chance for competitors to test out their skills on the course that is the home of the OCR World Championships this fall. 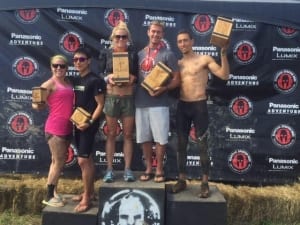 Spartan Race featured two races over the past weekend at venues in both Asheville, North Carolina, and Boston. Both Supers offered racers unique challenges. Several familiar names made their way onto the podium over the weekend.

The biggest story from the two races was on the women's elite race in Asheville. Spartan Race has cracked down this year on burpees, filming elite competitors, and handing out penalties for missed burpees. Janet Berry was the first female to cross the finish line but missed a couple burpees knocking her down to third. She expressed disappoint on her Facebook page, and vowed to count aloud for future races. A shining example of Spartan Race taking the competition seriously. 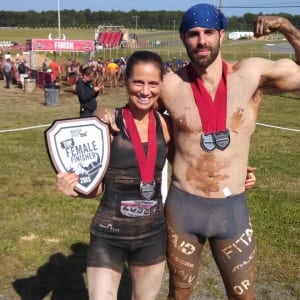 Warrior Dash continued it's road to the championships with a race in Pennsylvania. This fast course set the stage as more competitors tried to punch their card into the Warrior Dash World Championships in October. Female winner, Laura Lunardi, took home the first prize for women in her first Warrior Dash attempt.