While many are still recovering from their OCR World Championships hangover obstacle racing isn't taking a break. Over the past weekend, races were held all around the world. From Survival Run Australia to the Netherlands Strong Viking Race. Here in America a few races stood out from the crowd. See the latest world ranking here from OCR World Championships. 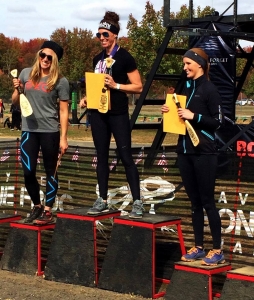 Bone Frog Challenge was on the road this past weekend in Englishtown, New Jersey for it's fall race. Bone Frog has been consistently written up as one of the best events in New England. The race was held at the popular venue, Raceway Park. Bone Frog utilized all the available terrain to offer another challenging and well-executed event.

On the competitive side, William Allen would top the podium with a win over Timothy Felegie. In third place would be Del Leviere. On the women's side, Jackie Landmark would take top honors for the day. Stephanie Bishop would finish second, and Adriane Alvord would take third. 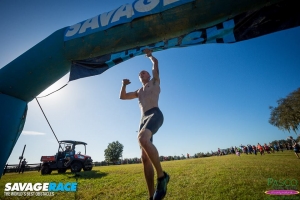 Savage Race was at it's premier stop of the fall over the weekend at Little Everglades Ranch in Dade City, Florida. The course offered the best Florida has to offer with rolling terrain on this active cattle ranch. Yuri Force would win his 14th Axe from Savage Race over the weekend. He is the winningest Savage Racer to date. It was a tight race between Hunter McIntyre and Force the entire race until the last quarter mile where Force caught a lead on McIntyre as they exited the teeter tuber obstacle. Cimmie Wignell from Sweden would come in third for the day.

On the women's side, Rachel Corvington again proved herself a force to be challenged with winning another axe for herself this season. Jamie Stiles would finish second, and Cassidy Watton would round out the podium in third place. Full Results here. 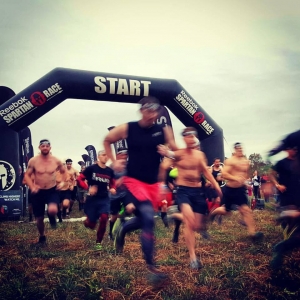 Over the weekend, Spartan Race headed to a new venue in Nashville Tennessee for a military sprint. The venue was Fort Campbell located near the Kentucky-Tennessee border. Fort Cambell is home to the 101st Airborne Division (Air Assault) and the 160th Special Operations Aviation Regiment. The unique venues offered athletes a one of a kind experience.