Scott Seefeldt of Mudstacle.com brings Mud Run Guide a monthly update on all the news and action coming from across the pond in the UK and Europe. Look for his column What's Happening in Europe monthly on Mud Run Guide.

I sat here writing my first update for Mud Run Guide on what is going down in Europe as Worlds Toughest Mudder wrapped up, not going to say much on this as it has been covered already, but great to see such a strong demonstration of teamwork, comradery and leadership within the SinergySport Team, also great to see Scott Brown, from Scotland, taking the highest European position in 5th with 80 miles.

At Mudstacle (www.mudstacle.com) we are all about humour and wit, as well as awesome videos and great race coverage. However, we’re a little more subdued than normal due to the devastating events in Paris recently, a shocking reminder of the world we live in!

So let’s start closer to home, in the UK, as recently we had the first official and independent UK OCR Championships. People have been qualifying for this event all year, either as Elite or Age Group racers and on the 14th of Nov 2015 at Nuclear Races (www.nuclear-races.co.uk) the final was held. 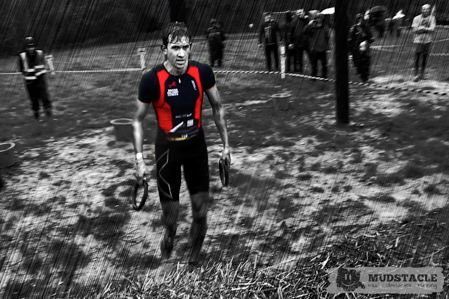 Image with thanks from Mudstacle

On a characteristically miserable British day, the course spanned 10.5 miles across rolling countryside, with a mixture of Nuclear obstacles, as well as a selection of OCR World Championships style challenges. Bands were cut for non-completion of any obstacles, and it certainly proved demanding enough to be classed as a Championship race. The race was organised well in the conditions were challenging, with a lot of hypothermia cases due to the relentless wind and rain. The first half for the Men was very close between James Appleton and Conor Hancock, in the end Conor smashed the win. On the Women side, Freya Martin led from the outset, putting in a great performance and taking first place, although there was a moment on the rings when… Ahh, watch the video to find out!

Staying on the theme of OCRWC, in Holland Strong Viking (www.strongviking.com), who are the leading Dutch Obstacle Race brand, ran their Brother Edition race, where they have the ‘Odin’ wave, which is a 19km OCRWC qualifier wave. For this event Strong Viking opted to run a similar format to the OCRWC and here is what they had to say about it:

At our lastest event (Strong Viking Brother Edition 24 & 25 oct. 2015) we had our first pilot with OCR Association officials. We had over 11,000 participants with 450 runners who were starting in the Odin (19km) wave. The main goal was to finish with completing every obstacle like they did at the OCRWC. It was a hard course with difficult and technical obstacles which resulted in only 90 finishers from the Odin wave with their wristband still on. When people failed an obstacle they could re-try it several times under the eye of the officials. When they kept failing, their wristbands were cut off and they were disqualified for the qualification. Check out the official after movie from the Brother Edition to get a good impression about the hardness of our course.

Next year will see the first OCR European Championships, this event is being organised by some European OCR Associations, and will be hosted by Strong Viking in Holland, and this event should also be a qualifier for OCRWC, although this has not yet been confirmed. That is the update and news from Europe from the last month.

About the Author: Scott Seefeldt