It's the second week of January which means it's time for bold, uninhibited predictions for the coming year in obstacle course racing (OCR)!  Of course as a matter of courtesy, due to the very nature of bold predictions, you are naturally expected to forget everything I say by the beginning of next year!

Before getting into some of the changes I believe we can expect, I did include several of my previous “prediction” posts at the end.  Interestingly, many of the anticipated developments from past years haven't happened in the sport of OCR yet but may very well be on the radar for some companies in this coming year. 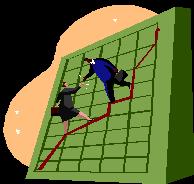 Although OCR will continue to grow, the rate of growth will be dramatically lower than the past five years.  However, that still leaves millions of people participating across the spectrum of races.  Promoters, will have to make choices about which course difficulty niche they want to serve….first-timers, elite/competitive racers, journeymen level, fun-runs.  At the same time, they'll be looking to solidify their current customer base while attracting some of these newbies.  The race promoters are also well aware of something I found in my own journeys…racers will tend to be loyal to the race they first started with.  Although racers are branching out more, it's always easier to maintain a customer than to attract a new one.  This will be done not only with race and festival attractions but with lifestyle additions to their social media efforts.

We'll also see a continuation towards expanding the types of OCR races and distances.  While promoters are trying to determine the ideal race distance for their niche, new race types are coming on the scenes.  We have arena style indoor courses, short outdoor sprint courses, along with team races or relays…with variations within each type.  The reason for this is not only to attract and retain racers but to find that “Golden Ticket” to television!  While not on everyone's to-do list, Spartan Race and BattleFrog know television revenue is key to the future of the sport's expansion.  The one that finds this ticket will also open the path to profitability (can you say NFL?) as well as build a fan base outside the racers themselves.  And for those that envision the Olympics as a goal, fan-base is critical! 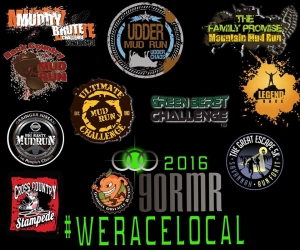 However, the large race promoters aren't only competing with each other!  Another dramatically expanding movement called #racelocal started by New England Spahtens is making its way across the OCR landscape beyond New England.  Through their promotion and encouragement (some even having point systems and awards) local and regional race promoters can now be very competitive in attracting racers.  Great for the local racer who doesn't travel…not-so-much for these large race promoters who have yet more competition for the limited OCR race dollar.

The major promoters each have their plans for 2016, and each one also has its set of challenges to accomplishing these goals.  In no particular order, this is what I'll be watching for in each of these races.

Spartan Race has significantly expanded their race schedule again for 2016.  They have also added some multi-distance race weekends to maximize the number of racers at these venues, as well as putting more distance options within reach of all racers.  Doing this is in line with their continued push for the Spartan Trifecta awards as well as the latest, similar series award, the Spartan Delta.  They've also just completed filming for a team-based race series which is in line with continued efforts to find the right formula for television, although real-time race video still doesn't seem to be on the near horizon.

BattleFrog is probably the most innovative major promoter out there right now and has also added a significant number of races, expanding to the west coast.  Also, to their multi-distance standard courses (8k, 16k-elite, BFX) they will continue the TV-friendly college championship.  BattleFrog also shocked the OCR world,  becoming the title sponsor for the 2016 Fiesta Bowl and provided a personal video to each racer for the first time in years of their Championship race.  They even developed a short, indoor arena sprint course in Atlanta.  If there will be any ground-breaking developments in 2016, BattleFrog is most likely to be at the heart of it.

Tough Mudder will have some of the greatest challenges in maintaining their current top level standing in OCR.  Partly because they're not OCR, they're an untimed Mud Run.  Although they have made one concession to their one-size-fits-all approach by announcing a Half Mudder at 5 miles vs. the standard 10-mile distance.  My bold prediction for Tough Mudder….with many of the other competitors providing timed races, finishing medals, points rankings, and prize money, as well as qualifying events for the World Championship, look for Tough Mudder to announce chip timing in 2016. 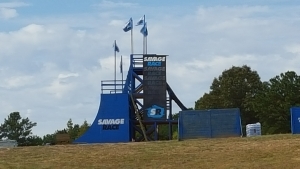 Savage Race may have the toughest job ahead for 2016 with the two major hurdles intertwined.  Their business model is based on building the main obstacles permanently on-site and reusing the same venues year after year, often running two races per year at some venues.  So expanding the race schedule is more expensive as well as logistically much more complicated for them.  This also leads to the issue of “venue burnout”.  While this worked well at the beginning of OCR, as more options come up, and racers get tired of running the same old trails, the number of racers at these events will invariably decline.  Another issue Savage will have to address is that they don't really have a strong social media base or fan following as the first three promoters do.  That just won't fly in attracting or retaining racers in this fast paced Internet world.

Other Major Races such as Rugged Maniac and Warrior Dash are seeking to consolidate their positions in the entry-level OCR niche while concentrating on enhancing the festival experience.  Efforts that will create more of a ‘destination' experience for racers as well as spectators.  Their success will undoubtedly depend on attracting and retaining first-time racers. 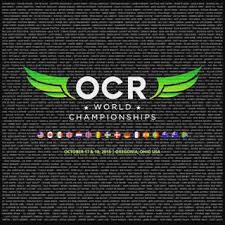 Obstacle Course Racing World Championship (OCRWC), while not a series promoter, is certainly an important player on the OCR scene in the U.S. and internationally.  Influencing races with their qualifying criteria as well as innovations such as mandatory obstacle completion, drug testing, and team races.  They also announced a new relationship with Warrior Dash, which has now eliminated its championship race.  Look for OCRWC to continue this trendsetting in 2016 and beyond as a leader in the development of OCR as a recognized, legitimate sport.

Fixed OCR Courses are another side of the sport that may see significant changes in 2016.  While they have done surprisingly well, recently news came of Fugitive Race's closure in Missouri.  The owners at Fugitive found their Fugitive Beach business on the same site of their race course had grown exponentially. It had outpaced the OCR growth and continuing the OCR course was no longer financially viable, indeed impeding their beach business.  Additionally, the owners at Shale Hill have decided to sell their infamous fixed course in Vermont. The owners have decided to change life directions, and the speed of the sale could indicate the strength of the fixed course industry in the next couple of months.

When all is said and done, 2016 is going to be a year of significant change in OCR!  Having gone through unprecedented growth in just a few short years, I suppose it shouldn't be surprising to see the industry changing again this rapidly as well.  In the meantime, there's a lot of racing to be done….and I hope to see you all out on a course very soon!

Related Posts on Past Predictions:

The Tale of Two Races…or is it Three?

As Lombardi Once Said “What the Hell's Going On Out Here?”….And How Does That Relate To The World Of Obstacle Course Racing

0shares
Disclaimer: The viewpoints expressed by the authors do not necessarily reflect the opinions, viewpoints and official policies of Mud Run Guide LLC, or their staff. The comments posted on this Website are solely the opinions of the posters.
By John W|2016-01-11T15:16:05-05:00January 11th, 2016|Op-Ed|0 Comments