While most of the talk lately has been about World Championships and Toughest Mudders, there has been a not-so-quiet revolution going on in obstacle course racing (OCR).  And it's not coming from the big race promoters or the mega-sponsors/backers or even from the media.  It's coming from what, in political terms, would be called a grassroots campaign. If you haven't seen or heard about it yet….you will!  It's called #racelocal and coming soon to a Facebook page near you.

OCR began and spread initially through the development and promotion of large national and regional races.  As the popularity grew exponentially, more race promoters entered the fray, and obsessed racers looked to do more than the one or two races within driving distance each year.  That meant travel…and oh-by-the-way, greater expenses!

Not everyone could afford these travel expenses…or even the time off from work. At the same time…with attendance growing exponentially…new races began popping up everywhere.  The desire to race OCR was so high that people would sign up and run these without knowing much about them.  In time, people began to get burned by many of these new races…either with race cancelations (and no refunds!) or with extremely dangerous obstacles or courses.  Skepticism of any new race became the word of the day. 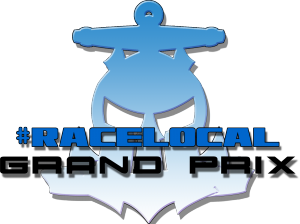 Enter social media!  Particularly Facebook (FB).  The age of the FB OCR groups was upon us.  Initially, these groups were primarily about sharing race stories, tips and photos…and still do this today.  But slowly they began to do what no other entity was capable of…they started to ‘police' this new sport.  Police in the sense of offering opinions and feedback on new races…for enjoyment, challenge and safety.

This was not lost on the major promoters either, who started catering to these groups with special offerings for the ‘Biggest Team' to attend a particular race.  So, the tool that had allowed the promoters to reach so many people, and contribute to the wild growth of the sport, was now in the hands of these groups as well.

In their desire to run OCR races…and with most people having limited racing budgets…the supply and demand for new local events was beginning to grow.  This too though was only a beginning.  It was one thing to provide feedback on races and organize the biggest team.  But they weren't satisfied with that.  They wanted to identify and promote the best of the local races…even offer incentives to do so.  Thus, the concept of #racelocal was born.

The first, or at least the most successful, of these groups to do this is the New England Spahtens.  The Spahtens have a #racelocal Grand Prix program that assigns points and mileage for specific local races, with prizes for the top men and women in different categories.  As of now they have around a dozen local promoters and in the neighborhood of two dozen different race events already for 2016. For more information check out their site.

Rise of the Racing Local

Other FB groups are either looking at this program to model their #racelocal system or simply provide information to their members about local events they may want to attend.  Groups like Georgia Obstacle Racers and Mud Runners (GORMR) and Crazy Mudder Muckers.  And so begins this not-so-quiet evolutionary development in OCR!  (I mean is anything in OCR quiet…have you been to a race?!!!) 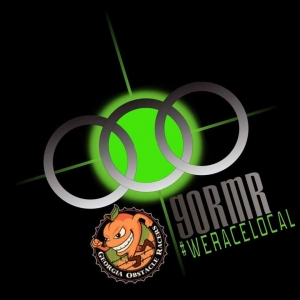 These groups, lead by passionate OCR racers, are helping to change the landscape of OCR. And despite what the major promoters may think, this should be a great thing for the sport of OCR as a whole.  In my travels, I've seen incredible interest from racers who want to see what else is out there, as many racers started with a particular race brand and hadn't stepped outside that box yet.  It will also allow racers to stay active in the sport for the entire race season and, indirectly, keep them from getting bored with the same races/venues…a serious potential issue for the majors, one that will be covered in a future story by the way.

And despite the very public failure of so many OCR promoters over the last few years, there is no lack of new entries.  Most of these are not looking to become immediate household names…learning some important lessons from their predecessors.  However, they have learned some excellent positive lessons too on how to organize events.  I personally (and unintentionally) was fortunate to meet some of these local promoters in my racing excursions.  People like Hubie Cushman of Indian Mud Run and Lynn Hall of Boldrdash….passionate racers in their own right that are looking to bring challenging, safe and every changing local events.

I have no doubt that there are other groups doing this same thing…at various stages in their own development.  And I see no reason to believe this will not only continue, but grow significantly as more people recognize the power and benefits of these groups, including the #ocrunited movement.  2016 will surely see increased competition between race promoters.  With the potential power these OCR groups could hold, you can expect they will draw more and more attention from all the races out there…large and small!

I would like to take a moment here and thank some of the individuals that were gracious enough to share their insights for this article.  So thank you Smith and Jones!  Specifically, Paul Jones of New England Spahtens, Valerie Smith of GORMR, and Kevin Jones of Crazy Mudder Muckers.

Obstacle Course Racing in 2016 and Beyond – Olympic Sport, Accreditation, Safety

Do you belong to an OCR group?

What are your thoughts about racing local?

0shares
Disclaimer: The viewpoints expressed by the authors do not necessarily reflect the opinions, viewpoints and official policies of Mud Run Guide LLC, or their staff. The comments posted on this Website are solely the opinions of the posters.
By John W|2015-11-20T11:23:32-05:00November 21st, 2015|Op-Ed|2 Comments