The United States is slowly picking up steam for the 2016 season as most of the country is still is the grips of old man winter. Over the weekend, two events took place in the US. BattleFrog Series dominated the west coast with its race outside of San Fransisco in the heart of wine country. Green Beret Challenge took on the urban environment over the weekend in Perry, Georgia with the Green Beret Challenge Urban Rescue. 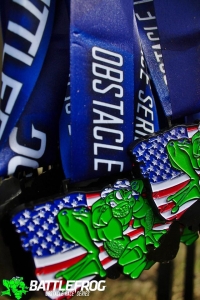 BattleFrog Series headed to the heart of Northern California wine country over the weekend at Lake Sonoma near Healdsburg. BattleFrogs signature challenging obstacles dotted the beautiful landscape the area provided. Athletes from around the west coast gathered to see how they would fair.

In the elite race, it was Matthew Kempson and Michelle Warnky who would stand on top of the podium. Taking second in the men's and women's divisions were John Luna-Lima and Shaylen Pearson. In third were Robert Wiltshire and Sarah Watson.

Assistant Director of Race Operations, Christopher “Beard” Acord had this to say about the event:

“The scenic rolling hills and pristine lake made the perfect backdrop for our first trip to Northern California. That spirit and beauty shined through all the competitors who came out and battled through a demanding course. The highlight of the day was the overwhelming amount of smiles from our racers, spectators, and volunteers all committing to definitely see us again at the next one. It's refreshing to have a job you love so much that you never are truly working and get to reap the rewards of an amazing community.”

Acord credited the success of the race to the team on the ground.

“A huge shout out to Adam Washburn who got his feet wet as race director this weekend, the build team led by Peter Hering and The Battlefrog staff who made this event a success!”

In the BFX Division, this division athletes run as many laps of the course as possible throughout the day, Fabian Lindner completed the most laps for men and Julie Fults dominated the women's division. 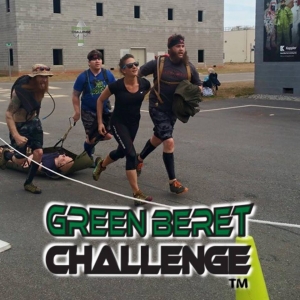 The Green Beret Challenge Urban Rescue took place over the weekend in Perry, Georgia. This team-based competition put athletes through real world rescue scenarios as teams navigated through the urban course. Participants had to work as a group to get through the challenges that Race Director, Mark Ballas set out for competitors.

Robert Killian and his team would go on to win the event, team NGBRC 1 and on the women's side, OCR King Compound Girls anchored by Brenna Calvert would take home the victory. In the Co-ed Division team, Whiskey Tango Foxtrot would come out on top. To win the co-ed division teams had to have two males and two females on the four-person team.

Reactions across the internet are glowing this morning after the event over the weekend. Ballas shared this reaction with MRG this morning.

Words can not express how mentally and physically exhausted I was this weekend after the GBC. But even more words can not express how accomplished I feel after finishing the GBC. I just wanted to say thank you to everyone who help make the GBC happen this weekend in Perry, GA. I will be looking for the next GBC that is close by and I pray that y'all put on many more GBC. Thank you again to all those who made the GBC happen. Tom Bond Green Beret challenge finisher
~Tom Bond Green Beret challenge finisher