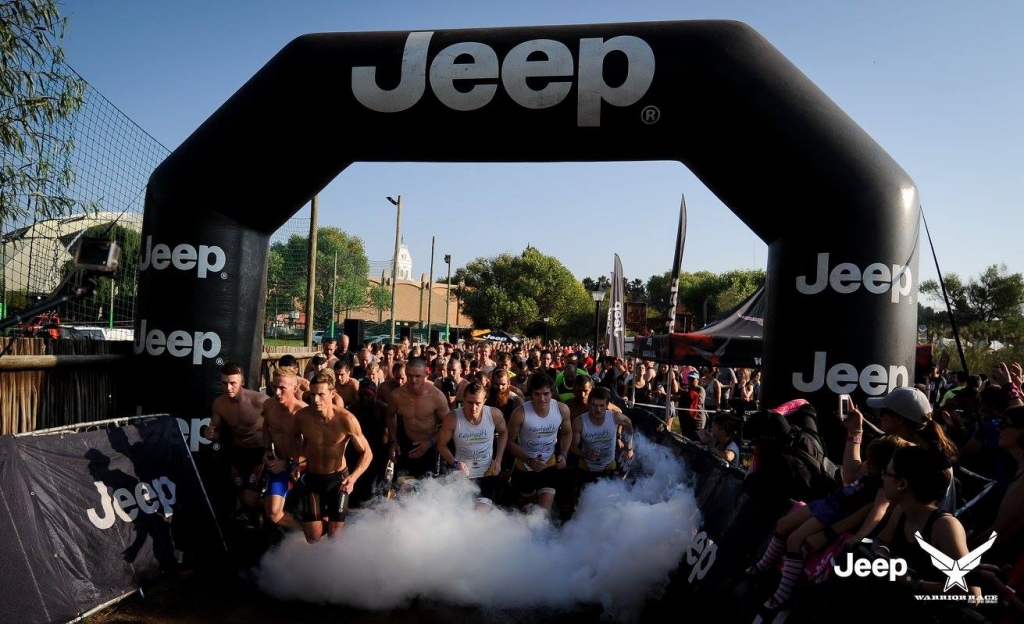 This weekend the Warrior Race raised its muddy head once again, and the OCR athletes of SA came from far and near to meet the challenge of this year’s second Warrior race. Although the Warrior is famous for its muddy obstacles, the weather decided to add a little spice by raining torrentially for 3 days prior to the elite race on Sunday. This really added to the challenges on the elite’s course, as the track was very slippery for the first kilometre or so. The weather on Sunday was perfect however, with a hot sun and clear sky bearing down and attempting to dry the muddy trails somewhat. The slippery track kept the pace quite slow for the athletes in the beginning, but later on the ground was dryer, and the athletes began to pick up speed and spread out a little. The muddy track also meant that the athlete’s shoes were wet and uncomfortable from the beginning, adding an extra mental challenge to all the physical ones.

The obstacles had been changed around a little since the previous race, and strength based obstacles as well as technical obstacles played a large role in the results. Grip strength is definitely a major factor, especially near the end of the race with “Zero Gravity”, an obstacle in which there is a sets of two bars about 2 meters apart, going over a pit of water. One also needs to jump to get the first bar, an added challenge for the shorter athletes. This obstacle really started to show its mettle when the first 3 ladies couldn’t complete it. This caused a mid-race rule change, which allowed them to continue with an easier version of the obstacle starting 10 seconds apart from the order they arrived, making for some very close finish times. 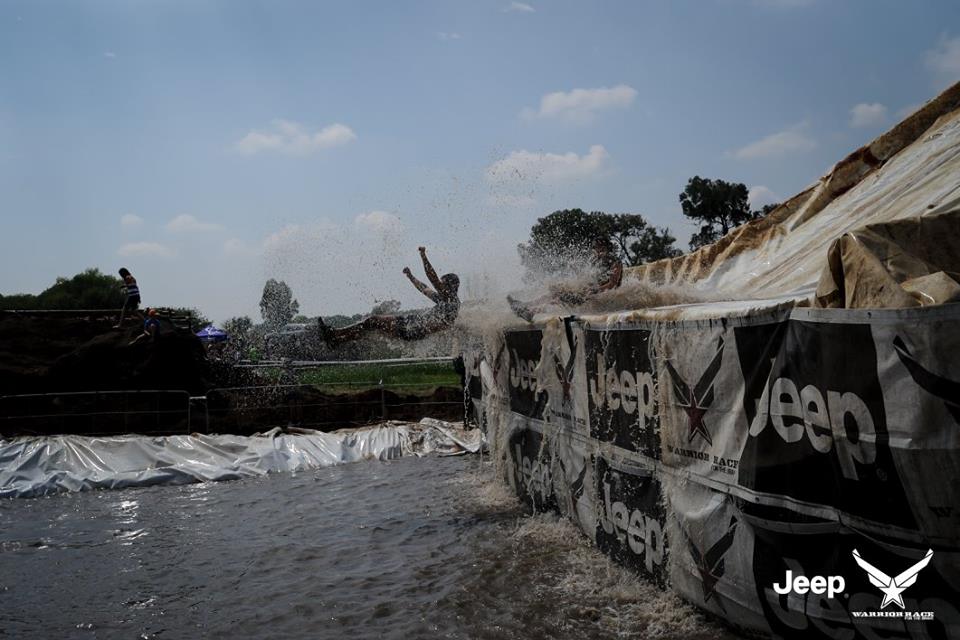 For the male athletes the main leveller was a strength-based obstacle “Truck ‘n trailer” that involves dragging very large tires. The first two male athletes were less than a minute apart after this obstacle, which was mid-race. The last few obstacles in the Warrior were the infamous Mud Monster, Breaking Point, and the monster slide “Slippery Dip”. Breaking point is usually the last obstacle and a total game changer, but things were slightly different with that obstacle set further back, before Mud Monster. 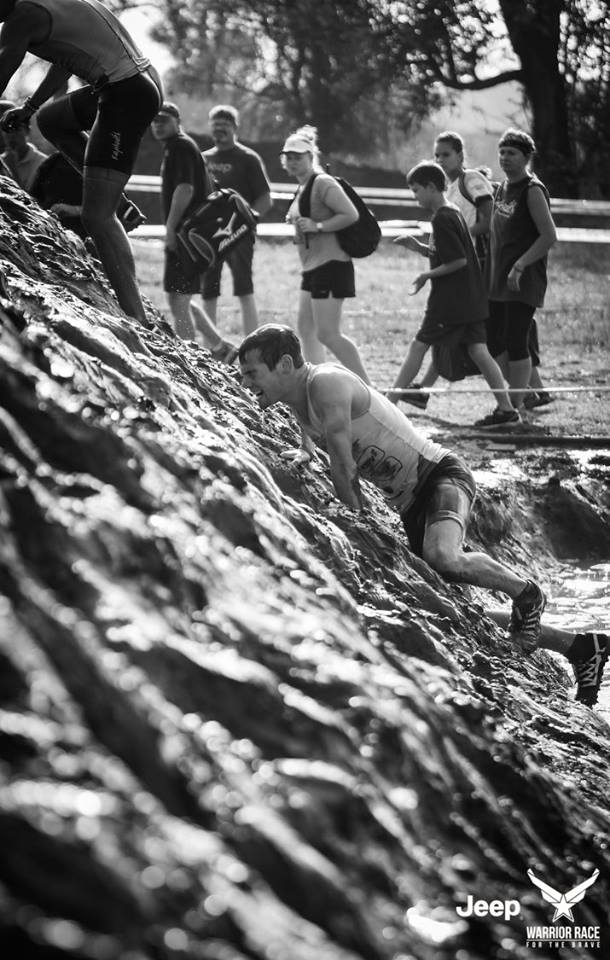 Mud Monster, if you don’t know, is a set of humps of slippery, slimy mud interspersed with pools of muddy water almost too deep to stand in. The wetter you are, the more slippery the mud is, and the more difficult it is to climb out of the pools. Nevertheless, the first two men’s athletes were hot on each other’s heels at this point and both slimed, slid, and crawled their way through the obstacle at absolutely record speed, faster than anyone thought possible. After Mud Monster the next obstacle is Slippery Dip, a massive slide with two staircases running up it side by side to the top. The two men’s athletes raced up the stairs, slid down the slide, and literally swam for first place.

After the “Slippery Dip” it’s a straight sprint to the finish. Here the male Black Ops Elite top two finishers were 9 seconds apart as the racer slightly behind landed in the pool while the athlete in front was swimming out of it. A similar situation happened with the ladies finishers as well, with no more than a few minutes between the top 3 finalists. This race was a tight finish for almost all of the competitors due to the last few obstacles being set up in an interesting and new way. Warrior Race roared its challenge and the SA athletes took it up, and made it. Albeit slightly more tired and muddier than they thought they would be! 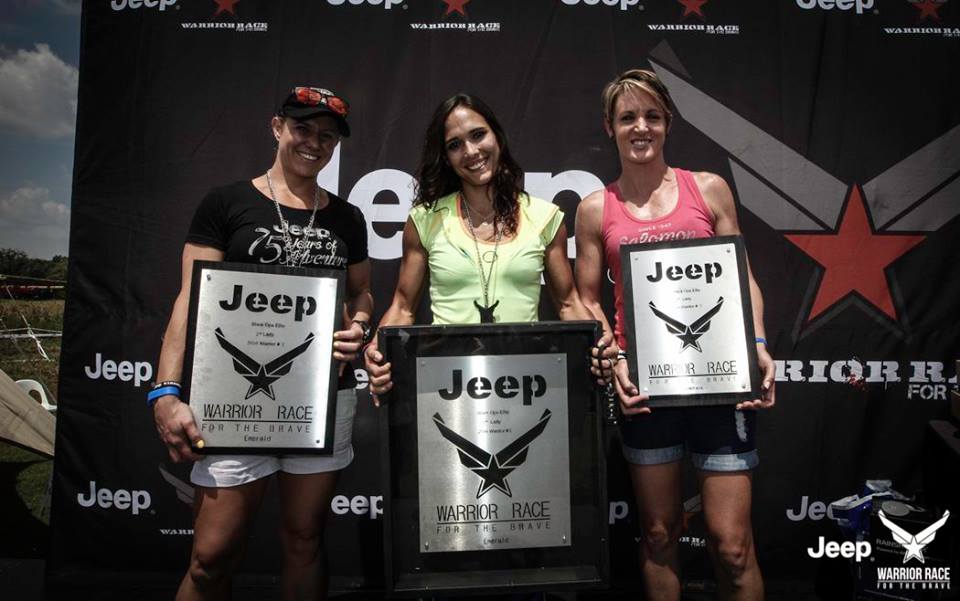 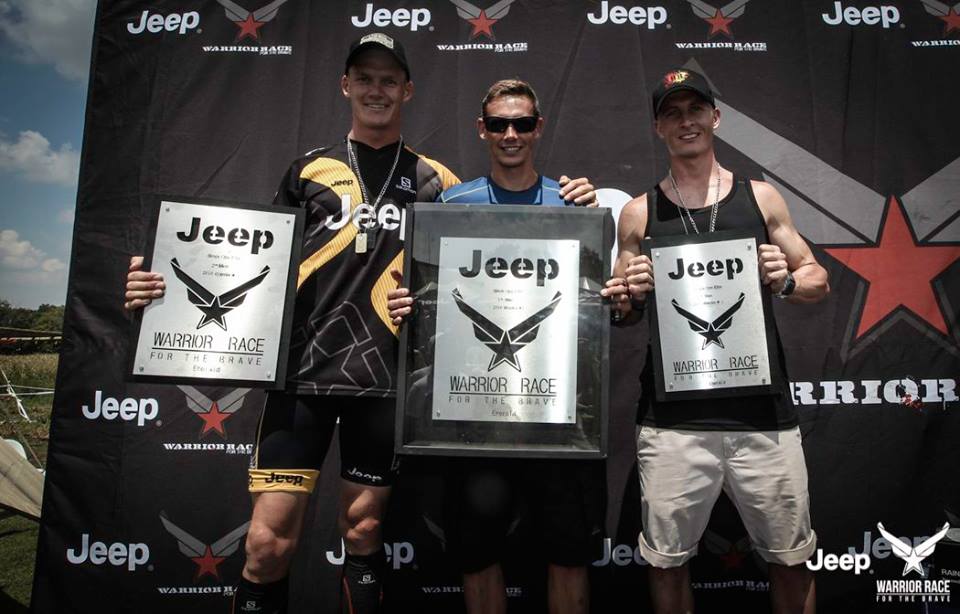 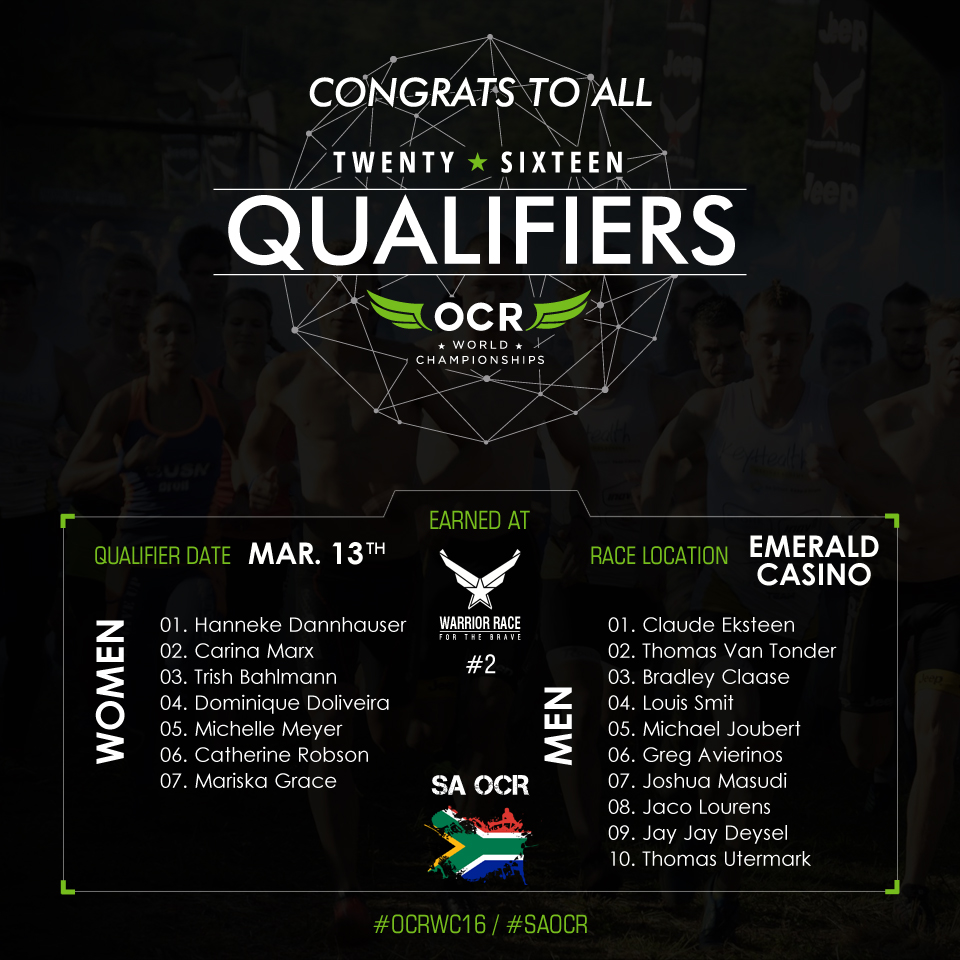