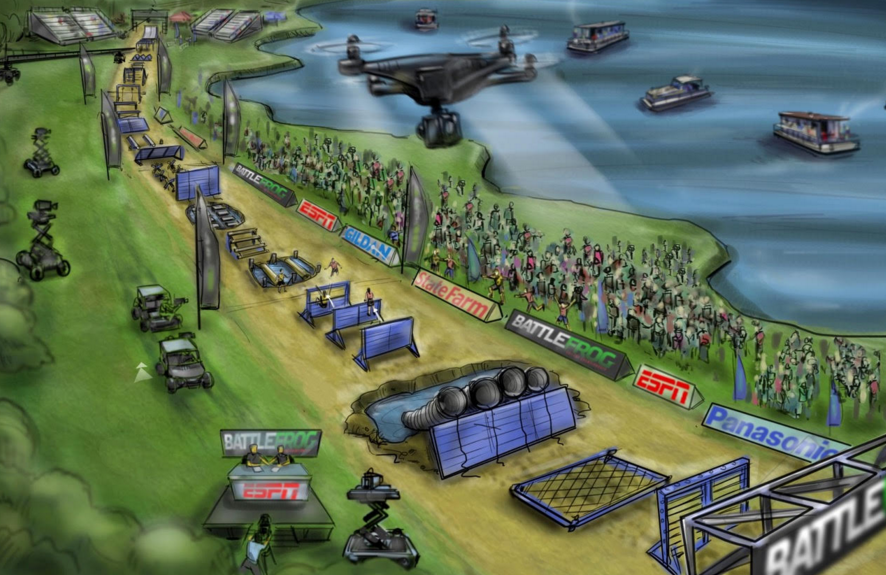 Tomorrow the filming of the second season of the ESPN BattleFrog College Championships and the Legends Championship begins in Lanier Islands, Georgia. Athletes from around top colleges in the United States, as well as top athletes from around the world, have already converged on this scenic venue. The ESPN production is a partnership between production company '51 Dons and BattleFrog Series. Over the next four days, taping of the show will commence along Lake Lanier.

The BattleFrog Series team have spent the last week prepping for the four days of shooting. BattleFrog has reinvented several of their obstacles for the production using the new MOB obstacle construction system designed by BattleFrog's Carl “Cajun” Peltier including an all new Tsunami that could eventually be making its way onto the regular courses later this season. The course is roughly the same length as last season with new obstacle configurations. The course is designed for head-to-head competition. We spoke with Executive Producer from BattleFrog, Michael McAllister and Christopher “Beard” Acord about the new course, 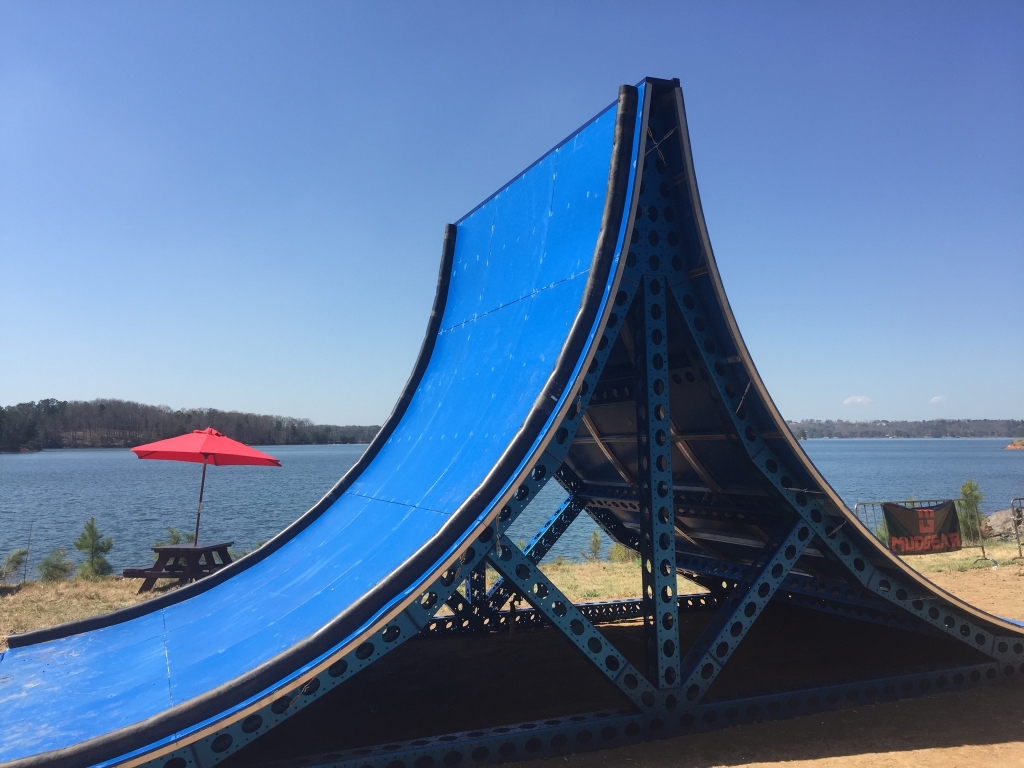 “We are really excited about the course our design team, led by Carl “Cajun” Peltier, dreamed up for this year.  This year's course is about speed and mental toughness. You won't be able to look away!”

Acord also commented on the build crew he has been overseeing all week.

“The word I keep hearing is heads and above last year’s course and their dedication, effort and flexibility are impeccable. I am really proud of their performance as we continue to improve our product.”

Spectators are welcome to come and watch the taping over the next four days. When we spoke to BattleFrog yesterday, they encouraged people to come, and McAllister said the whole event will have a feeling of being at the Masters or another major sporting event. Spectators will have the ability to follow the whole course, spectate from bleachers, as well as a smoothie stand and picnic area for spectators to relax between heats. McAllister continued stating,

“This is the most beautiful obstacle course in the world.  Beard (Chris Acord) and Mike (Getka) scouted locations for months and found the perfect site in Lanier Islands, Georgia. The course is constructed on a dramatic waterfront golf course. Everyone who gets a sneak peak calls it the ‘Pebble Beach of OCR'.”

Although the course is open to the public to spectate the filming, photography and filming of the course is not permitted during the taping. Instead, BattleFrog has encouraged spectators to soak in the experience and get excited about the high level of competition on display over the next few days. If you are in the Atlanta region or feel like a road trip this weekend, it will be worth the drive to check out some of the best in the sport competing head-to-head. McAllister further stated,

“Our shows are a major event for our sport.  ESPN is the worldwide leader in sports and the biggest stage in the world.  Last year, so many families took to social media and said they couldn't stop watching BattleFrog College Championship and it was their new favorite show.  The teamwork, athleticism and values on the screen really exemplify what competitors love about participating in OCR and BattleFrog.”

The shows are currently set to air in July for the College Championships and in August for the League Championships. Mud Run Guide will continue to update throughout the next couple of days and will release exact air dates as soon as they are available.