iMater: Cultivating the Next OCR Generation

TV as a babysitter. 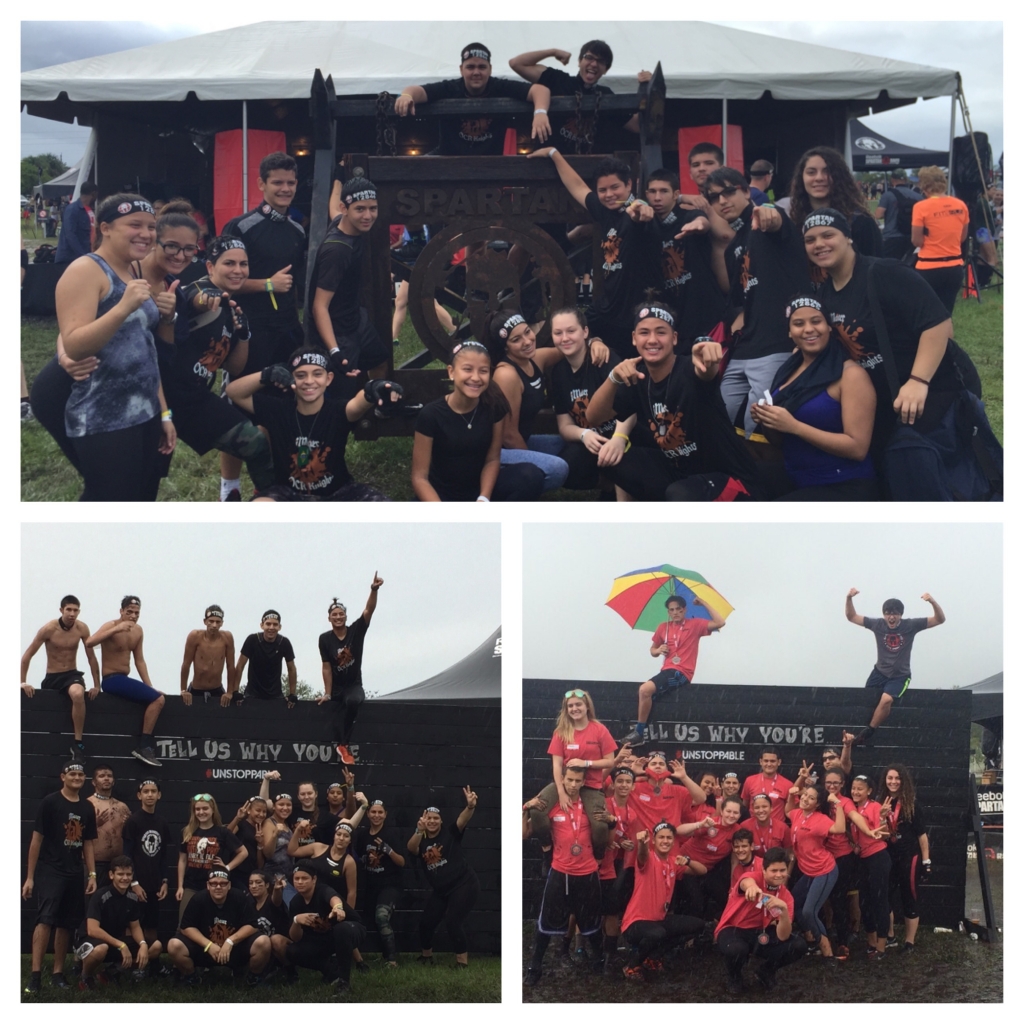 As a parent, we have so many hurdles to face in order to keep our kids healthy and active. They are torn between what the media pushes and what we try to instill in them as being the best path for their futures. And then we send them off to school for the better part of the day where outside influences are everywhere – telling our children what they need to do or be or wear in order to be cool, and we have to trust that the teachers are guiding them in the right direction when we are not there to protect them.

And every so often – one shines so brightly that they change our kid’s lives in ways we couldn’t have imagined.

I received an email a little bit back from Dr. Monique Salazar, a teacher at a Charter Middle/High School in Hialeah Florida called iMater (pronounced “eye mayter”, but the kids all call it “I Matter”). She was checking in on the OCRWC registrations for two of her students to make sure she had sent everything properly and that they had indeed qualified. She said she was the coach for the school’s OCR team.

I’m sorry – the coach for what?

I had to find out what this was all about.

Monique is a doctor of integrative biology, who teaches biology and sponsors the Marine Science Club at the school. She had been introduced to the sport of Obstacle Course Racing and reached out to Shawn Ramirez, the Nation Youth Program Director at BattleFrog Series to see if he would come to the school and talk about how the kids could get involved. He came and over 300 kids and teachers showed up to hear him talk about BattleFrog Series and take part in a mini-course with nets, walls, hurdles, jerry cans and several others versions of what they would be treated to if they came to a race. Shawn then provided the school with several complimentary registrations, and Monique was able to get about 28 kids to the race in Miami. They loved it. Some of the kids showed natural athletic ability while others showed that they had what it took to fight through their battles to make it to the finish line. Monique stayed to the back, helping the kids that needed assistance, and they crossed the finish line together. It was not just a victory for the individual children, but for the entire group. 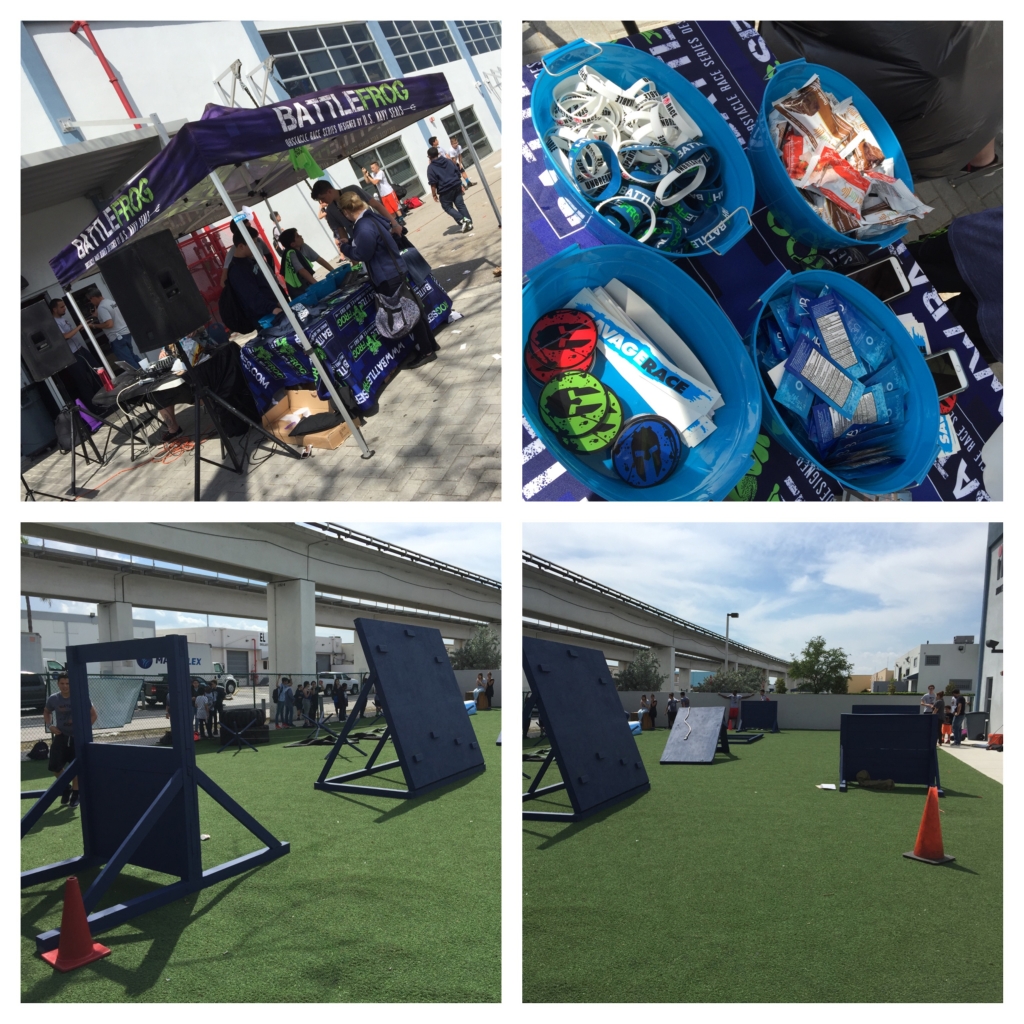 It sparked something in many of the kids that stuck around long after the race was over. They expressed that they deeply wanted to keep the team going, but the school was not ready to make OCR into an official sport within the campus. Monique knew she was going to have to take matters into her own hands if she was going to make it happen, and in the beginning of the 2016 school year, she began the club.

Over 170 kids tried out, and around 70 officially signed up. She had fundraisers and found sponsors (including Athletics8) to help raise money for registrations and to build a permanent course on the school campus. She created a constitution in which she states her anti-hazing policies, her insistence on maintaining an appropriate GPA, and that “The objective of this organization shall be to introduce students to the sport of obstacle course racing, with an emphasis on health, nutrition, and participation in racing events. The aim of this group shall be to encourage kids to take on exciting new challenges and to become fit for the future.”

The kids volunteer at races to gain registrations and raise money to keep the club alive. It is entirely self-funded, and it is the passion of the kids involved that keeps it going. They train Monday through Friday for 1 to 2 hours a day, keeping the kids active, focused and driven. Dr. Salazar’s hope is that if enough kids are involved, that the school will make the club into an official sport and that other Charter Schools will begin their own teams so that they can compete. With two kids registered to go the OCR World Championships in Canada this year, she is ramping up her fundraising efforts even more to help get them there. 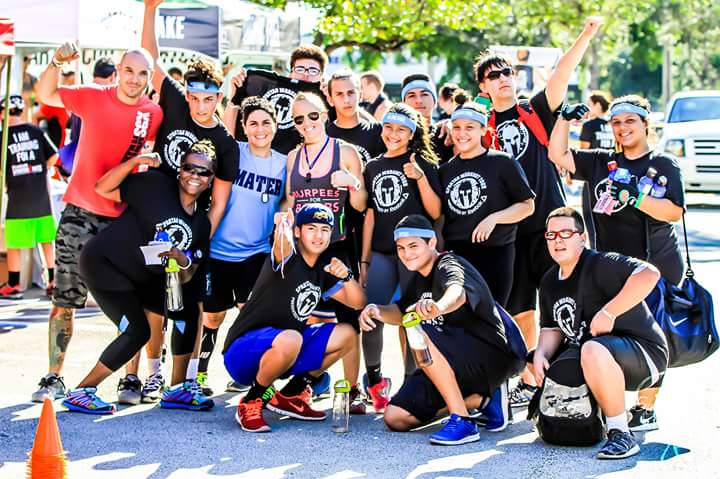 How many of you with children wish your school had something like this? This team has shown that with some serious dedication, passion, and devotion, our kids can find their way into the sport we immerse ourselves in, and carry the torch for us to keep this thing we love alive.

They really are our future – and Dr. Salazar is determined to make that future one we can all be proud of.

0shares
Disclaimer: The viewpoints expressed by the authors do not necessarily reflect the opinions, viewpoints and official policies of Mud Run Guide LLC, or their staff. The comments posted on this Website are solely the opinions of the posters.
By Rachelanne Gladden|2016-05-25T10:42:53-04:00May 25th, 2016|Op-Ed|1 Comment