If there was ever any doubt that the obstacle racing season was in full swing this weekend with over 50 races around the world happening at the same time put all doubts to rest. Both Spartan Race and Tough Mudder were in three different locations over the weekend as well as all the other major American series racing around the country. Internationally, XMan Race Series was in Toronto, Toughest in Sweden, Rat Race Dirty Weekend in the United Kingdom and more. Mother's Day Weekend did not stop many of the top athletes around the world from toeing the line. We bring you some of the highlights from the weekend in this week's Last Week in OCR. 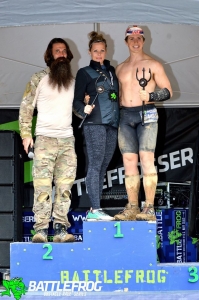 BattleFrog Series headed to Washington DC over the weekend with a race outside of the district limits. The elite heat drew many familiar faces as the new rules regarding BFX were implemented. The course featured BattleFrog's signature obstacles and a challenging rig that offered everyone a lane to try to conquer this infamous obstacle.

In the elite race for the prize money,  it was Ashley Samples who would come out on top for women and Matt Taverner in the men's race. In second for the men and women were the OCR couple Kevin Righi and BattleFrog pro-team member Corinna Coffin. Rounding out the podium was America Ninja Warrior alumni, Amy Pajcic and a Jarrett Newby in the men's field. In the BFX race, it was Jennifer Hawkins and Harrison Lessans who would complete the most laps of the day. 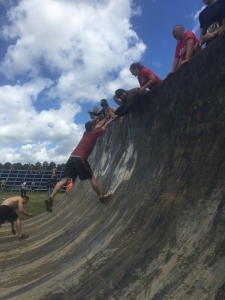 Over 8,000 people gathered outside of Richmond, Virginia for Rugged Maniac over the weekend. The wet and muddy course was the muddiest to date since the race's inception in 2010 according to co-founder Rob Dickens who ran the course with MRG. The 5k obstacle course featured over twenty-five mud caked obstacles including their some new additions for 2016. Highlights of the day included an elite heat in the morning, followed by festival activities including stein holding competitions, pull-up competitions. The highlight of the day for many was watching over 100 members of Operation Enduring Warrior helping six adaptive athletes complete this muddy course. People gathered to watch as these athletes worked together to get up and over challenging obstacles and exhibit teamwork all around.

Savage Race headed to Maryland over the weekend a favorite stop for the race series each year. Those in the Mid-Atlantic had their first chance to try out the new obstacles for 2016 as well as conquer many of the perennial favorites. Outside of the elite race, one of the major highlights of the day were the Maryland School of the Blind students making their way through the course. Founder Lloyd Parker, live facebooked them in action.

In the elite race, it was Yuri Force once again on top of the podium and taking home yet another axe for his efforts. Rounding out the rest of the men's podium were Jordan McDougal and Matthew Campione. In the women's elite heat, it was Kelly Voss who would top the podium, followed by Adriane Alvord and Stephanie Bishop. Full results here. 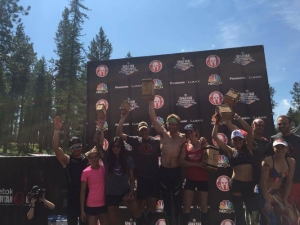 Over the weekend, Spartan Race had two races in the United States. The Spartan Beast and U.S. Championship Series Sprint were held in Montana while at the same time in Ohio the Beast and Sprint weekend were taking place. Montana kicked off the first of the U.S. Championships Series of 2016 with Ryan Atkins and Lindsay Webster capturing the top spots over the weekend in the series. It was a heated battle between the unBeFeated, Ryan Atkins and Spartan World Champion, Robert Killian but in the end, it came down to a spear throw which gave Atkins the ultimate advantage and top spot on the podium. In the women's race, Lindsay Webster had a commanding win over the rest of the women's field edging out Faye Stenning by over two minutes with K.K. Stewart-Paul finishing third.

Full Results from the Weekend of Spartan Racing 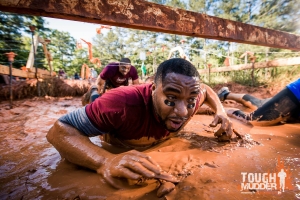 Over the weekend thousands of athletes from the Atlanta area as well as around Ohio got to experience all that Tough Mudder had to offer. Tough Mudder offered up their usual flair of teamwork, comradery, stellar obstacles, and of course lots of mud. Tough Mudder was live throughout the day sharing all the action for those who couldn't make the event in person. 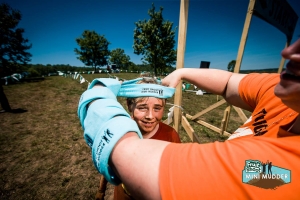 Highlights of the day included the mini mudder as the next generation of mudders made their way through their own verson of the Tough Mudder course. MRG co-founder, Chris Lewis experienced the action first hand on Saturday during his first Tough Mudder.

“Tough Mudder returned to Atlanta in 2016 with a strong showing.  Keeping some old favorites like King of Swingers and Everest, and the team-building Pyramid Scheme, they also had some great new additions like Block Ness Monster.”

Internationally, obstacle racing headed was all over the globe with a Spartan Race in France, Tough Mudder in Australia, Toughest in Sweden, XMan Race Series in Toronto, Canada, and finally Rat Race Dirty Weekend in the United Kingdom. One thing is for certain participants around the globe were getting muddy over the weekend!

Where did you race this weekend?

Be sure to Share a Review on MRG and tell us how your weekend went!

to all the muddy mothers out there in the world!