Not keen on spending $100 for a 5km obstacle course race? Well, you could get your OCR fix with the Alpha OCR Series for less than half that price (Canadian $$$ to boot, eh), plus a chance at OCRWC qualification, plus a flat course. All of this within minutes of downtown Toronto. 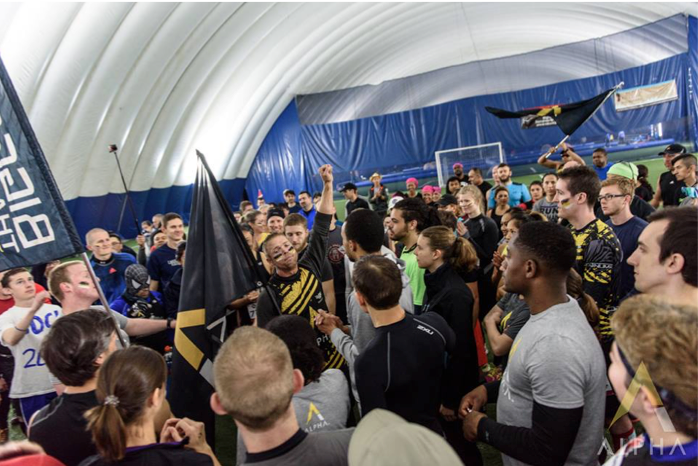 Be aware, however, that this is simply an obstacle course race. There are no bells and whistles: no stage, DJ, and sound system, no vendors, and no beer tents. You race 7 km with 30+ obstacles and that is it. What you will get is a very close-knit supportive and friendly crowd of racers, many of whom train at Alpha Obstacle Training regularly.

It's a very small race, with the first of the 3 race series drawing fewer than 150 racers. The proximity to the X-Man race in nearby Horseshoe Valley the previous weekend combined with the craptacular weather on race day likely hurt the attendance numbers, but this was never going to be a huge field. As such, it's likely the best qualifying shot for many racers. 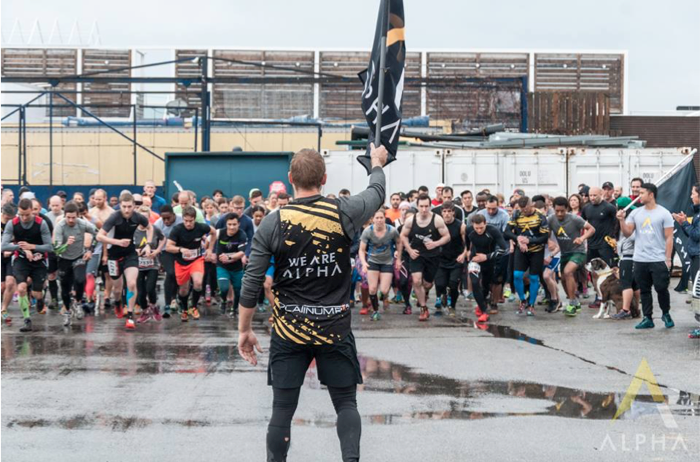 A pre-race email gave details about what to bring, where to park, what to bring, where to register and other last-minute details. Toronto traffic is normally light and getting to the race is easy and speedy…but always check for construction and road closures, as I found out to my chagrin. I arrived late-ish, but registration was quick and easy and I was soon in the huge soccer bubble for what is likely unique to Alpha among OCRs. 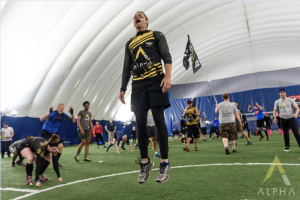 Jesse and his trainers led all the racers in a sweet warmup to get the blood pumping and the heart pounding. Then we all huddled together for one of Jesse's legendary pre-race inspirational it's-bigger-than-fitness speeches. Think a Candian version of Coach Payne. Then it was out into the drizzle for the race start.

There were 3 heats: Competitive, Open, and First Time Fun Run. Nursing a chronic ankle injury and not having run since last August, I elected to take it easy in the Open Heat. Managed a 2nd place Age Group finish, so maybe I'll go Competitive Wave next time… 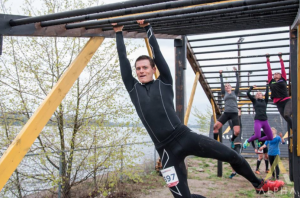 Competitive racers had mandatory obstacle completion (with multiple attempts allowed) and were eligible for OCRWC qualifying spots. Open and Fun Run could opt out of any obstacle and would be given a rubber band to wear around their wrist. Just before the finish, a race marshall would collect the bands and you would have to carry a cinder block around a short sandy penalty loop, 1 loop per band.

Qualification criteria were as follows: 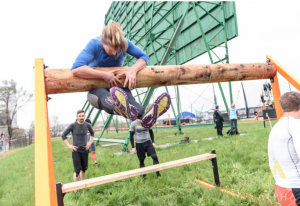 Top 5 finish in each gender in the Elite(Competitive) wave would earn you a spot in the Pro Division at the OCRWC.

The course itself was very flat and was very much like 2 courses in 1. For the first 6 km, it was all about running on a variety of surfaces; road, twisty singletrack, and sandy beaches. This was broken up by a number of carries, including a bucket brigade that you filled up in Lake Ontario. The “real” obstacles were all stacked in the final kilometer, which was good in that it gave the field time to spread itself out and minimized bottlenecks.

The first set of obstacles featured 2 potentially challenging ones: Platinum Rig's Irish Table and Sternum Checker. Following this was a short run to the final flurry of obstacles. 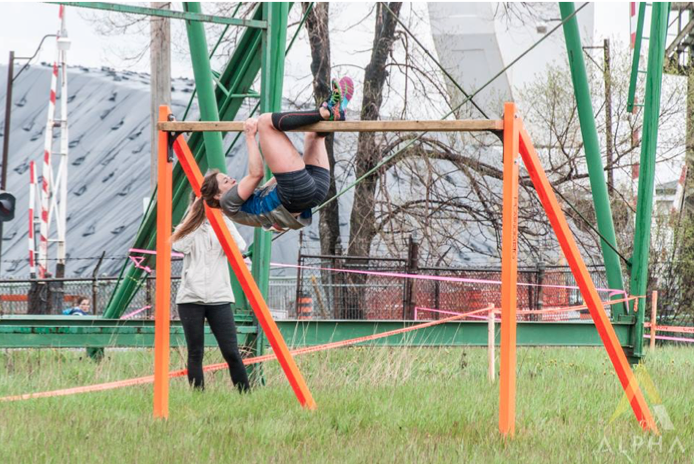 The final set of obstacles included such goodies as a Wall Traverse, Inverted Wall, A-Frame Monkey Bars, Cargo Net, Warp Wall, and Tip of the Spear. The intermittent rain made some of these more challenging than usual, especially the 12′ Warp Wall and Monkey Bars. 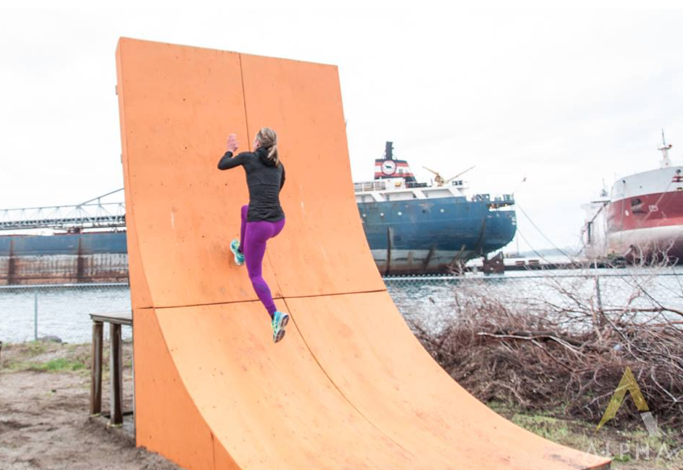 The race finished in the soul-sucking beach volleyball courts, as we carried, pushed, pulled, and flipped heavy and unwieldy objects through deep, soft sand. The final obstacle before the finish was the cinderblock carry penalty loops (if any) and then a sprint to the line. 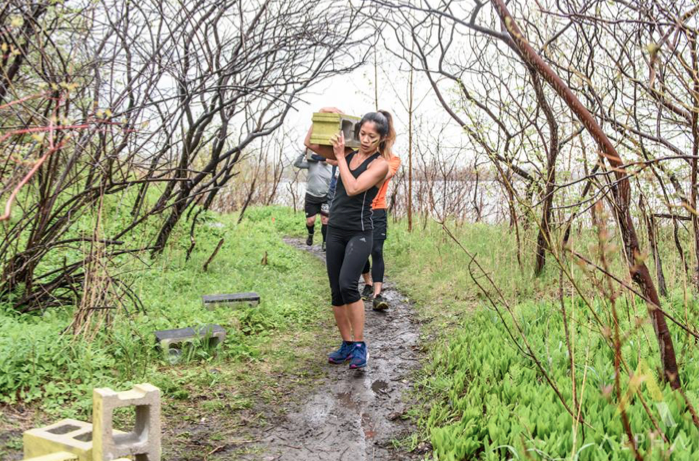 Post-race showers could be had in 2 flavors: cold outdoors right now, or warm indoors if you didn't mind a short wait. A couple of issues popped up after crossing the line, one a minor niggle, the other…not so much. The niggle is a matter of taste, as the post-race beverage you got was some coconut-based drink that is, in my opinion, an acquired taste. I wasn't the only racer who couldn't drink it, but there was plenty of water inside the Alpha Training building. 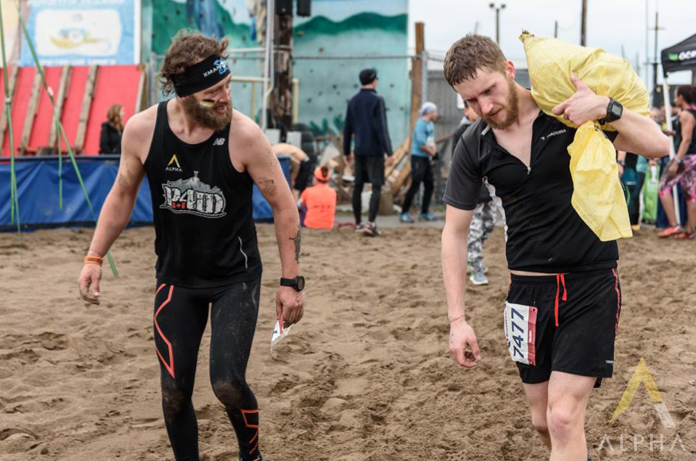 The bigger issue was the promised food truck not showing up. You have to have something for racers to chow down on after a race, especially if they have been told it will be available. The fault lies with the food truck driver, who went to the wrong address. Instead of calling or texting, this person sent an email to Alpha, hung around a bit, then left. Lessons learned, I hope, include the need for crystal-clear instruction, maps, and directions for future food truck drivers, as well as established and redundant means of communication.

The results were done quite quickly considering the race didn't use chip timing, and soon we were crowded into the Alpha gym for the awards. If this race starts drawing bigger crowds, then they'll have to move this into the soccer bubble, as the gym won't hold too many people.

However, I am sure any and all issues will be ironed out for the final two races. I expect to be there and who knows….OCRWC qualification? Don't worry if you missed the first one, as the 2nd and 3rd races will be happening in August and September. That gives you plenty of time to train. 🙂 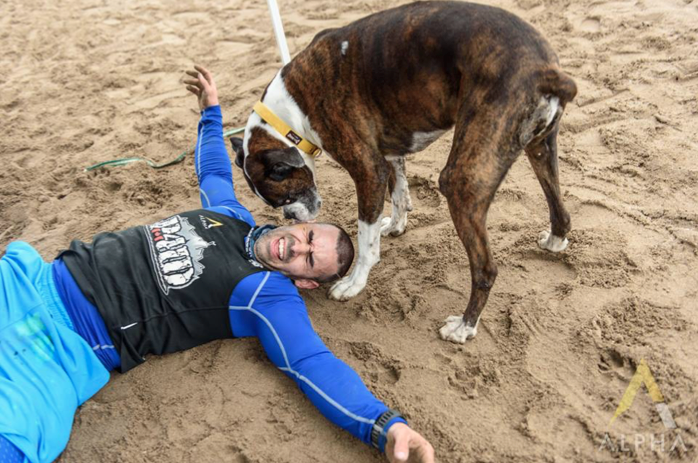 #AlwaysThankStaff&Volunteers
This race series is run by elite OCR athlete and 2015 OCRWC & For Those Who Would Humanitarian Award recipient Jesse Ward Bruce, as well as his cadre of staff and volunteers. Thanks for your hard work and support during the race!