On Leadership and Endurance

If you've wandered into the world of endurance, be it a GORUCK event, Spartan Hurricane Heat, Agoge, or some other iteration, then you've probably had some experience taking on a leadership role, whether by choice or nomination. A big part of the process in events like these is figuring out what works and what doesn't and how to bind a team of individuals into an effective unit. 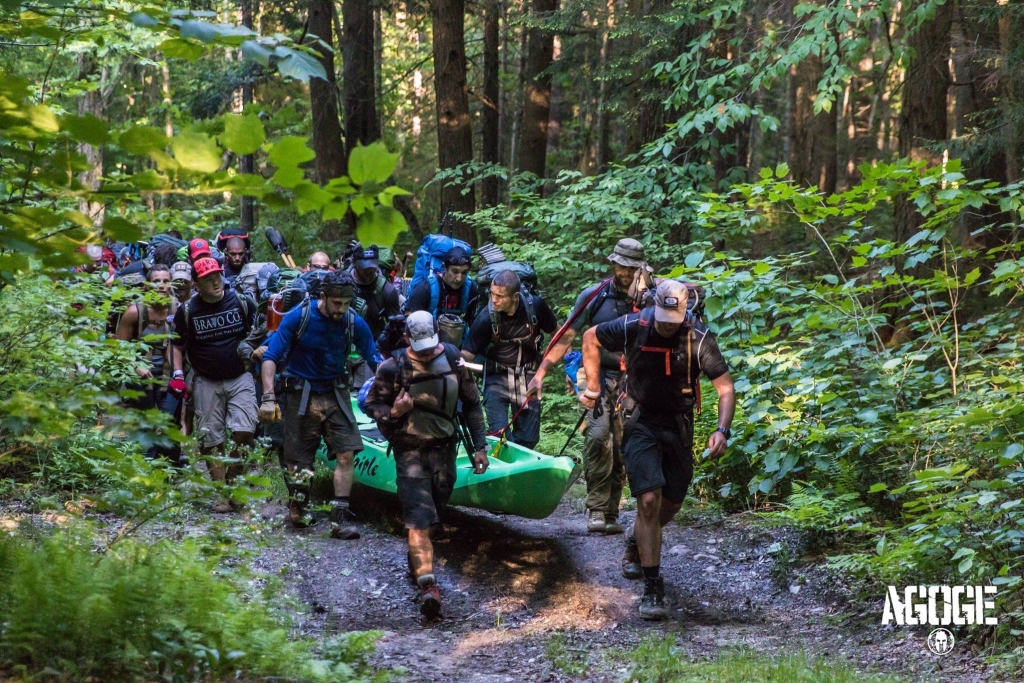 Most commonly, this involves yelling. Sometimes a lot of yelling, until the team leader is hoarse and loses his or her voice for the next few days. While this can be effective in certain circumstances, this drill sergeant approach can also turn off the very people you're trying to lead; I've seen it happen on multiple occasions.

Often, the people adopting the “louder is better” approach to leadership are either going with what they know (after all, many participants do have military backgrounds and first-hand experience with actual drill sergeants), or are emulating those around them. An overly aggressive or loud leader may be compensating for their own lack of confidence or be acting from fear that they don't have the respect of their team.

But Chris, you might say, many of the Cadre or Krypteia running these events yell. Granted, I'd reply, but they are doing so with a specific purpose in mind. They are seizing your attention and setting an early ground rule, or they are taking care of a transgression that's threatening to throw things off track or jeopardize the safety of participants. Watch throughout an event; these same leaders are rarely yelling from beginning to end. Once they have your attention, they often switch to a different style; some become very soft-spoken, others will turn to teaching mode, or even morph into cheerleading motivators to help you achieve your goals. As one Spartan Krypteia put it “… if I lose my voice because I have to yell I have done a shitty job leading them”.

What are the Goals?

GORUCK's slogans include “Building Better Americans” and “It's not about you!”. Their events are designed to break down the individual and show the power and capabilities of strong teams that support one another. This team building also plays a huge role in Spartan endurance events, as frequently tasks are assigned which simply cannot be executed by individuals.

Often, team leaders will be chosen specifically from those with the least amount of experience in these events.  These are learning opportunities, and picking seasoned leaders would be the easy way out, so is rarely done.

“One of my goals is to get the participants to push past what they think are their limits. Seeing how proud and accomplished they feel at the end is one of the most rewarding feelings for a true leader. I also like to see a group of individuals realize that if they do not work together they will suffer and fail alone.”

When asked what his objectives in running a Hurricane Heat were, Cookie (Steffen Cook) had this to say:

“When I design and lead a HH or a HH12HR, it's all aimed at finding the holes or flaws in their game, then giving them the tools to fix it. Think of it as the participant is a large glass jar full of rocks. I pour in the water and those gaps are filled. It's down to them to use that water to sink or swim.”

It's important to note here that the goals of a team leader during an event do not necessarily match those of the event leaders. Obviously they need to align in terms of fulfilling the mission objectives, but their roles are quite different, and different leadership styles may be more effective for one of these than the other.

Monitor and care for the welfare of their team
Understand the objectives and parameters of the mission
Communicate these effectively to the team
Figure out a way to accomplish the mission.

Fortunately, we don't need to reinvent the wheel, as leadership styles in business have been studied extensively. Instead, we'll refer to this handy chart by David Goleman. He breaks leadership styles into 6 archetypes, and we'll consider each as it relates to the world of endurance events. 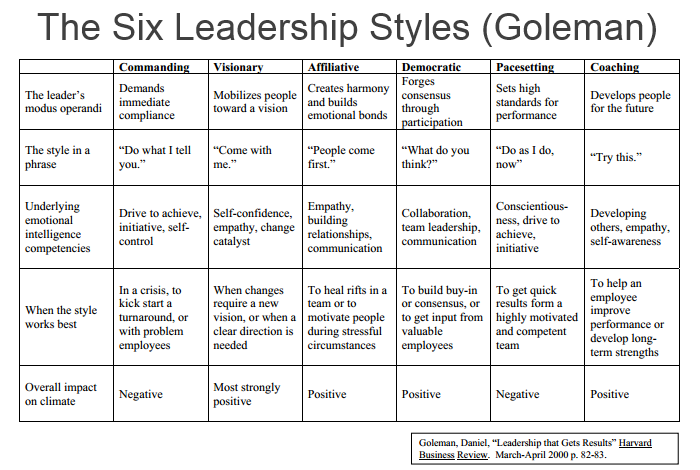 The typical “yelling” leader falls under one of two categories on this chart, the Commanding or Pacesetting leadership styles. A Commander is quick to give out orders, and is usually confident that his/her plan is the best; you won't have much of a voice on your team if it's lead by a Commander.

The Pacesetter is normally someone with a bit of experience who exhorts his team to go faster by being way in front and dragging them along with him, or is the first to shoulder the load and the last to put it down. He leads by example, and expects others to perform at his level.

Note that in the business model, both of these styles are rated as having a negative overall effect on team morale. The Pacesetter may be a more acceptable leadership style in endurance events as they're the veteran showing the noobs the ropes, but can still be a turnoff to those who can't rise to the standards a Pacesetter expects.

Visionary leaders see the big picture, and understand the “why”. In an endurance event, they see through the games and mental BS that sometimes plays a role, and they get the underlying purpose behind seemingly meaningless tasks.

Affiliative leaders take care of their team first. In an endurance event, they are a buffer between the rest of their team and the Cadre. They excel at motivating people towards a common goal, and their main tool is empathy. Their team knows they care about them, and often perform better because of these bonds.

A Democratic leader forges consensus. Rather than giving orders, they welcome input from the rest of the team in order to find the best path to complete the mission. This style builds collaboration and helps teammates become deeply invested in their team.

A Coaching leader can be most helpful for those who are really struggling during the event. They can have a huge impact on those wanting to quit and can help them stay in the game. In general though, the coaching style works best one on one, and may not be as effective in leading a team to meet their objectives.

Of course, as mentioned earlier, these leadership styles are archetypes; the most effective leaders utilize multiple styles and flow effortlessly between them to find what works best with their team and the situation at hand. Sometimes, barking an order is important (if there's a severe time crunch for instance). Other times, it may be more important to take care of the team first, or use the expertise already present in the team to figure out the best way to move forward.

It also bears mentioning that these leadership styles can apply to anyone on the team; you don't have to be “the” leader to play a role.  Unless things are going catastrophically wrong, the goal isn't to take over for the assigned leader but to support them and the team.  Being assigned a team leader position is meant to be a learning process, and especially if you have a lot of experience with leading groups, it isn't fair to take over at the first sign of trouble.

There is far more to leadership than yelling. So what makes a good team leader? 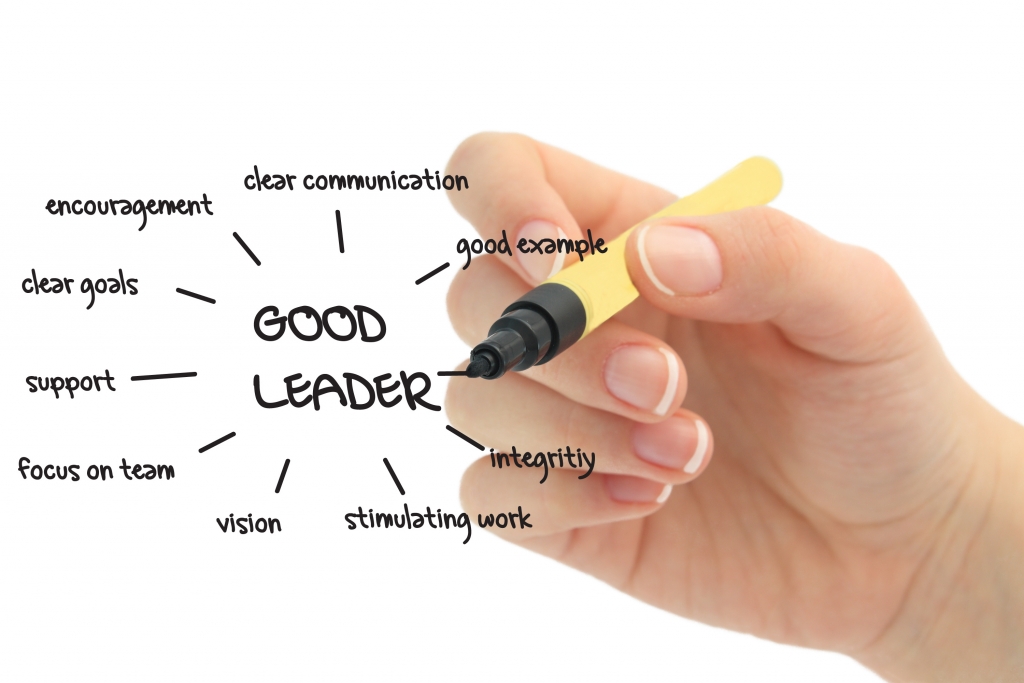 “An effective leader has integrity, credibility, vision, and creativity. They have the ability to convey information clearly and effectively. In hand, their group must trust them and believe in them. They must also respect the leader. If the leader shows he has no integrity, or loses credibility or respect, he loses his team.” – Kyoul Cha, Spartan Krypteia 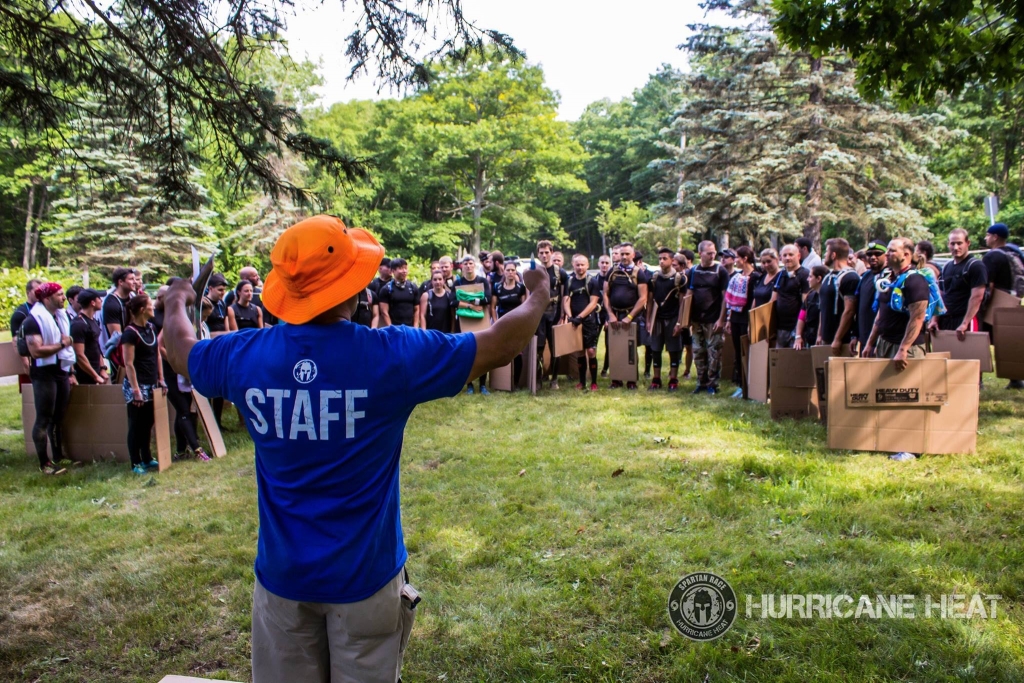 What type(s) of leader are you, and which do you want to be?  The whole point of these events is to gain insight, experience personal growth and to evolve into the best version of you that you can be.

11shares
Disclaimer: The viewpoints expressed by the authors do not necessarily reflect the opinions, viewpoints and official policies of Mud Run Guide LLC, or their staff. The comments posted on this Website are solely the opinions of the posters.
By Nomad|2016-07-07T11:00:13-04:00July 7th, 2016|Op-Ed, Training|0 Comments