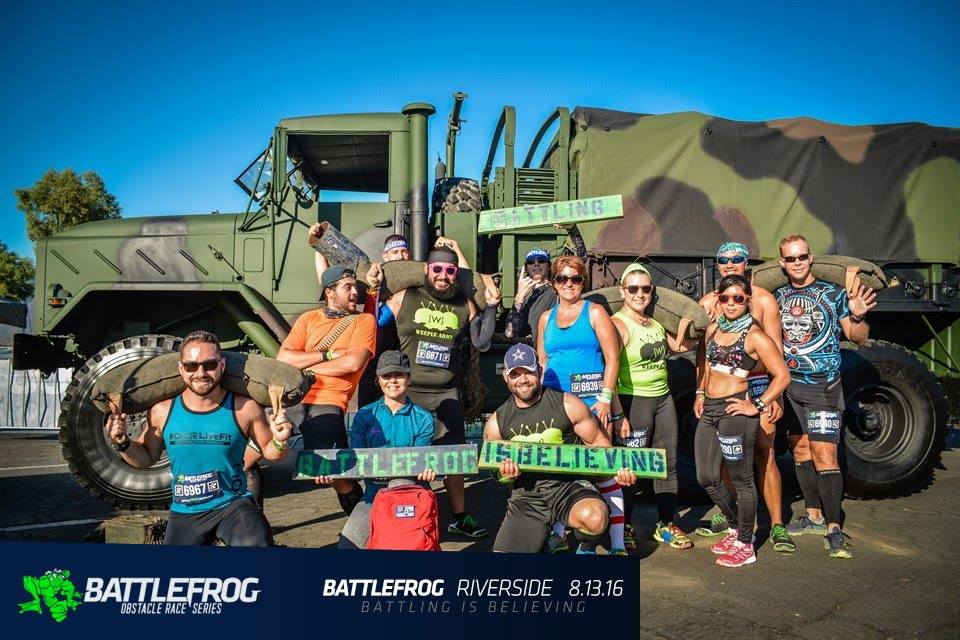 A few months after their first foray into Southern California, BattleFrog returned this weekend to put on a race at Lake Elsinore in Riverside County.  I have been to several events now at the Lake Elsinore venue (Survivor Mud Run x2 and the Terrain Race earlier this year), and I make no excuse for the fact that it's one of my least favorite race venues – it's a very flat property with sandy trails and almost no shade, and in the last couple of years the drought has meant no access to the rapidly dwindling lake.  Still, BattleFrog somehow seemed to make better use of it than most other races.  I'm not sure if it was a better distribution of obstacles or the quality of the obstacles themselves, but I enjoyed it far more than I was expecting to

Still, BattleFrog somehow seemed to make better use of it than most other races.  I'm not sure if it was a better distribution of obstacles or the quality of the obstacles themselves, but I enjoyed it far more than I was expecting based on previous experiences there. 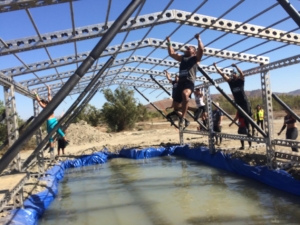 The 8k course consisted of ~24 obstacles, including multiple walls in various configurations and BattleFrog staples including Tip of the Spear, 2 platinum rigs, their monkey bars over water, the Wedge Traverse and of course the dreaded Jerry Cans.  As usual, the elite racers had to do two laps of the course, and the BattleFrog Xtreme runners kept going round and round all day long.

The biggest difference between this outing for BattleFrog and the last time they visited was the incorporation of three different difficulty levels/lanes on most of the obstacles; novice, intermediate, and elite.  This has no effect on the elite race (other than giving them a dedicated “passing” lane), but makes a tremendous difference in the open heats and BFX; racers can now choose their own adventure on an obstacle by obstacle basis.  Most of the obstacles had marked differences in difficulty between the different levels (like helpful steps on the novice lanes for the slanted walls).

The Platinum Rigs had three distinctly different challenges, with the novice level having hay bales to stand on in between sections – so maybe three rings, then take a break… then a short monkey bar section and take a break… until you made it to the bell at the end.  Even the heavy carries like the Wreck Bag and Jerry Cans had different difficulty levels, which were determined not by weight but by the distance they were carried.  A few obstacles, such as the Normandy Jacks, Cargo Net A-Frame, and Monkey Bars had the same difficulty level for all, but still had an “elite” lane allowing for easy passing on their second lap.  In my opinion, this is EXACTLY what BattleFrog needed; they make the race much less intimidating and more approachable for the average OCR buff, and should help bring more people to the races. 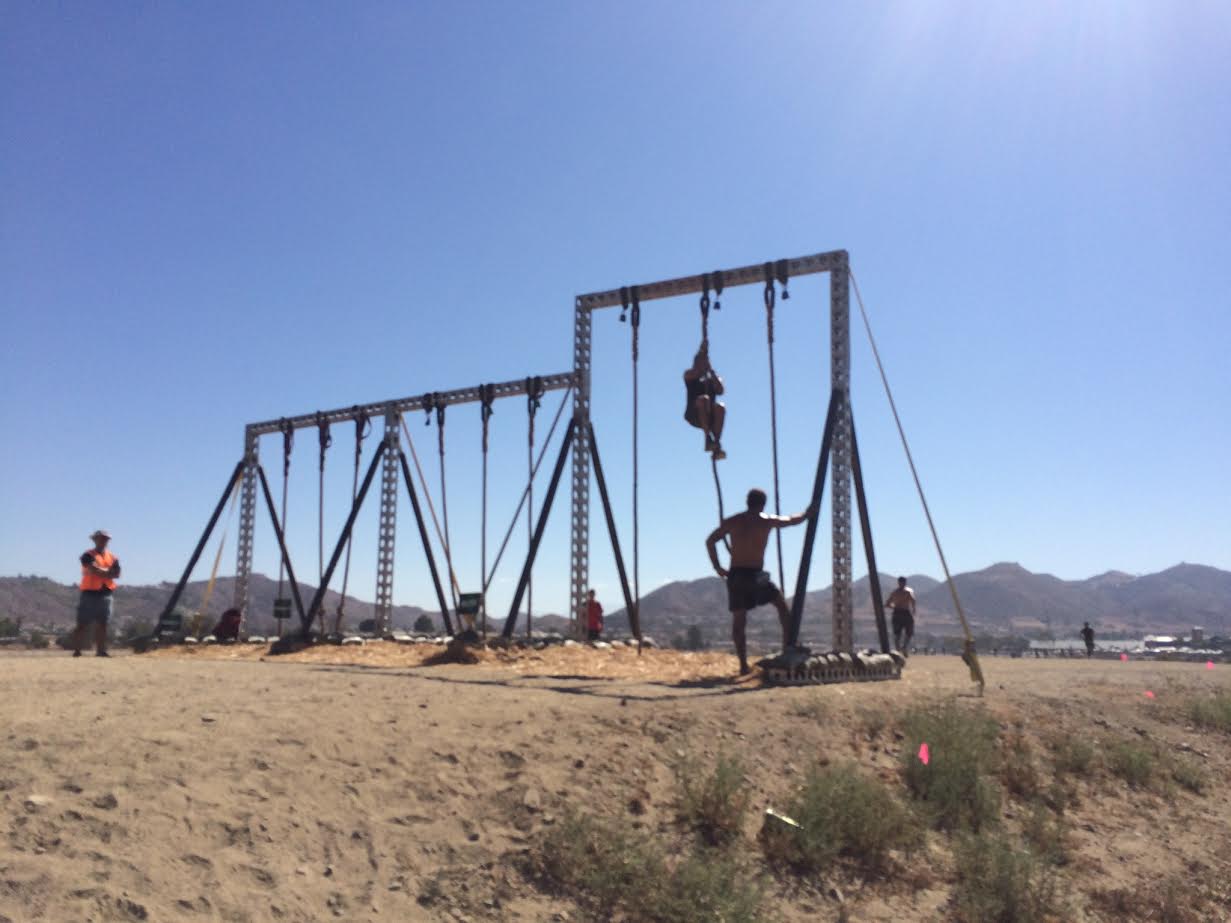 The other big story of the day was the heat. After a week of cooler temperatures, the mercury soared to a daunting 105 degrees by noon, and would play a huge role in the race. By the end of the day, racers were looking more like refugees from a zombie apocalypse than runners – shambling through the back half of the course to get to the finish line.  Many of the obstacles were themselves scorching hot, and a large number of runners, especially in the BFX event, came through with hands heavily taped to cover skin rips from failing grip strength.  The heat played a big role in limiting the number of laps achieved by BFX runners, topping out at 5 for the men's champion Lou Tapia and 4 for Amanda Vaughan on the women's division being sufficient to win the coveted trident. 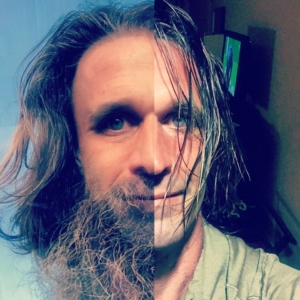 This event also marked the disappearance of Beard (TM), as Christopher Acord auctioned his iconic facial hair for charity (raising > $2000 in the process) in the festival area.

BattleFrog also featured new finisher shirts at this race compared with the last time they were here, and they're a definite upgrade; a clean design in a nice fabric without all the tacky sponsors on the back.  Personally, I'd like to see them incorporate the Frog more in future designs since it is the symbol of the whole race series.

The festival area was energetic, well laid-out (for the most part) and had plenty of shade available on this scorching day.  The one misstep was that the shower hoses were not obvious and were located on the opposite side of the venue from the changing tents.  Multiple vendors were featured, along with a food truck and a beer tent with a modest selection to choose from (Coors, Bud, and Modelo). 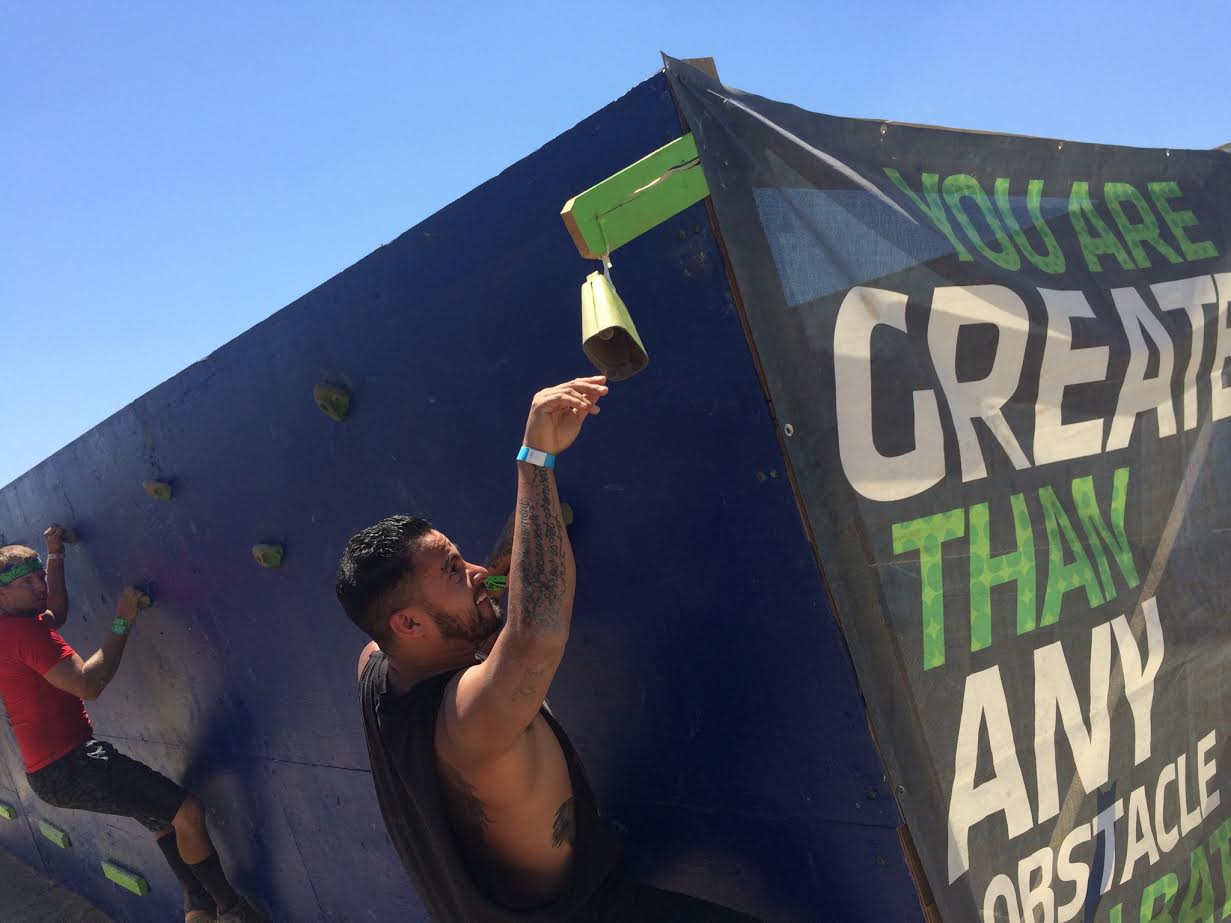 Overall, it's clear that BattleFrog is making adjustments from race to race and is listening and responding to participant feedback.  In spite of my dislike for this particular venue, this was a really fun race that had something for everyone from the first time mud-runner to the elite racer to the endurance buff who wants to push their limits.

Have you done a Battlefrog?  Leave your own BattleFrog Series review and feedback…