On the Inside Looking Out: Accidentally Qualifying for OCRWC 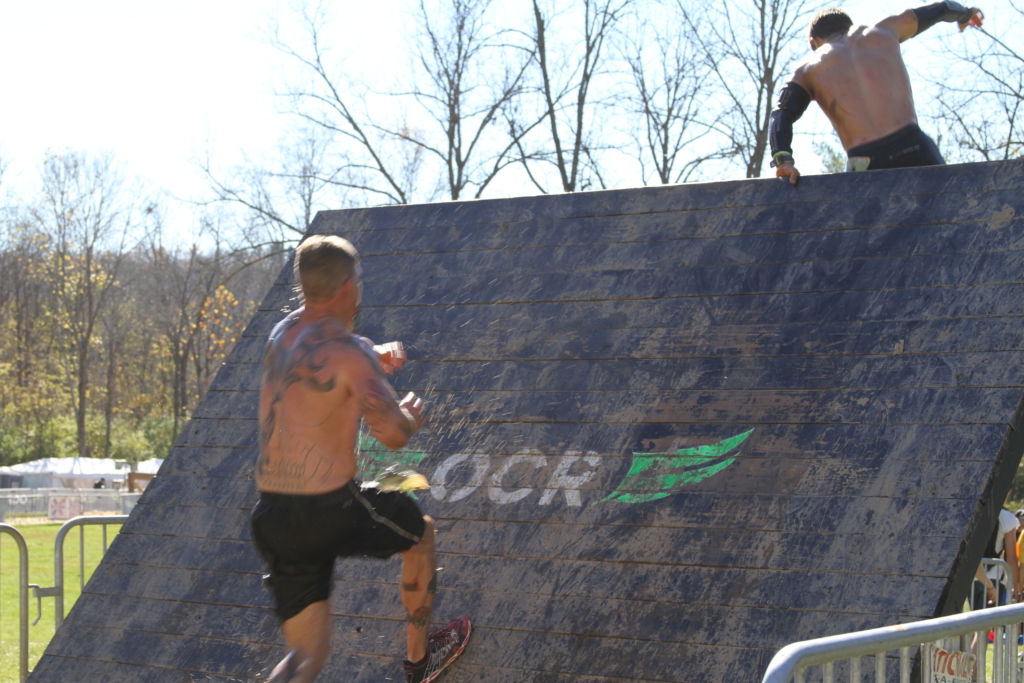 I should probably start by saying I didn’t “accidentally” qualify for OCR World Championships (OCRWC), it was a goal of mine to reach by the end of the season. However, with this being only my 3rd year in OCR and my first race of the season being only my 4th ever, I felt as if worlds was this lofty goal I had set just to look good on paper. This past season, I became a member of Team Strength & Speed (S&S), within our small Facebook group I could quickly tell I was behind the group on speed and obstacle skills. Many of the athletes were already sponsored by other races or products, and there I was just happy my wife let me spend money to go run in the mud and jump over walls on Saturday.

Now I will say I have been a lifelong athlete playing soccer from childhood through college, so running is not completely foreign to me; I was also a member of the military so I have seen obstacle courses before. After my first OCR I was hooked. I had always wanted to do well in the races, but the competitive bug really didn’t strike until the last offseason when I had a chance to meet and talk with Evan Perperis. Evan opened my eyes to this huge new world that is competitive OCR as opposed to the weekend warrior just challenging themselves to conquer these new courses each summer as they roll into town.

Now fast forward to my first race of the season for the BattleFrog KC. My goals were to complete as many obstacles as possible and just not die during the 5 miles, which was the longest race I had ran. After I finished, due to the other 2 races (elite and BFX) going on at the same time, I had no idea how I finished or even what my time was. Then somehow in the scoring system, the results were not posting on the BattleFrog site so I was forced to wait almost 5 weeks before the results were posted.

Well, it was worth my wait, with a time of 1:35:07 I finished 12th in my age group, I was pretty happy with that result. Then once I learned a few weeks later that the top 15 qualify for OCRWC I ran around my house screaming like an excited toddler (I really did, ask my wife). After the euphoria mellowed to a mere 3-hour grin I looked into what OCRWC really is. Then it hit me.

“HOLY S#%T 9 MILES,” were the exact words that left my mouth.

I had never run that far in my life, let alone through the woods and over obstacles. Once again, I chalked this up as an unattainable goal due to the distance of the race and the cost of getting there. My training for the rest of the season showed it, my other 3 races were disappointing, to say the least. However, in July I started a new opportunity and all of a sudden OCRWC became a real thing again. Let the training montage begin.

Now over this entire season I had been actively involved in the S&S team and listening to top tier finish after top-tier finish, podiums, and all sorts of PRs from my teammates. “Well at least I am on the team right” were the thoughts that ran through my head. My accomplishments were nowhere near anybody else in the group, but yet here I was one of the very first to qualify. That was an odd feeling for me, I almost felt guilty that I was able to capitalize (unknowingly) on the small turnout for my qualifying race, while others were busting their asses doing much better but still not getting in. I would try to be encouraging to my teammates, but I would always feel like the benchwarmer trying to cheer up the starter who is having an off game. “Who am I to give these faster and better OCR athletes encouragement” I would think to myself. Granted I am a personal trainer so I can break down the why of exercises and how it helps, but on the merits of the sport alone I felt lucky to even be on the team.

Now here we are less than 6 weeks out and everyone on the team has qualified, this puts me in another pickle, DON’T SCREW UP! I should probably rephrase that as in I am pressuring myself to do well as, it will not just be my name that people are looking at, I want to do well for S&S as well as myself.

No one on the team has put any expectations on one another, but we all want each other and the team as a whole to perform well. To use the cliché a team is only as strong as its weakest member, and I would really like for that not to be me. Each person on the team is going to run their own race and be happy for each other. My goals are to keep my band and just be able to say I completed this all while checking off a bucket list item this year and hopefully over and over in years to come.

25shares
Disclaimer: The viewpoints expressed by the authors do not necessarily reflect the opinions, viewpoints and official policies of Mud Run Guide LLC, or their staff. The comments posted on this Website are solely the opinions of the posters.
By JRenyer|2016-09-07T10:32:36-04:00September 7th, 2016|Op-Ed|0 Comments

Jared is a Certified Strength and Conditioning Specialist (CSCS) with a masters degree in exercise science, who specializes in OCR athletes. He is also the owner of JRen Fitness. Jared has competed in OCR events since 2014 and was a qualifier and participant in the 2016 OCR World Championships. Facebook/Instagram: @jrenfitness