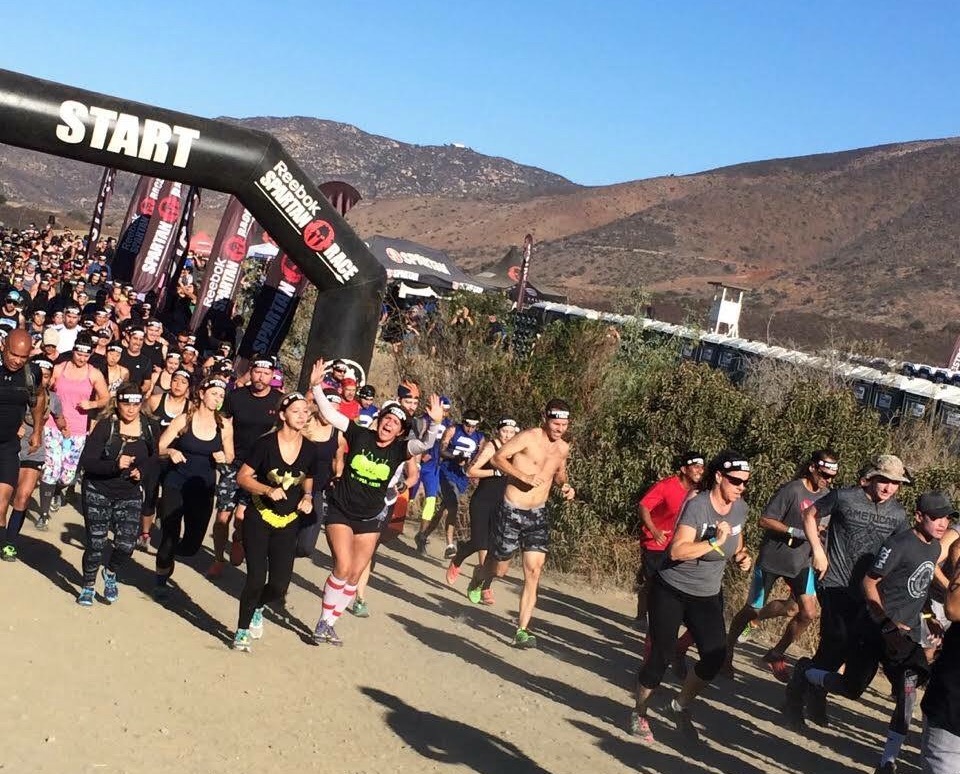 This weekend marked the return of Spartan Race to Southern California and the debut of a new venue at Pala Raceway. For years, Spartan Races, Tough Mudders, and other OCRs have been held at Vail Lake in Temecula.  Love them or hate them, the endless, relentless hills overlooking and surrounding that venue were iconic to obstacle course racing in this part of the country.  This year, all that changed, as the new owners of the Vail Lake property decided to rescind access to all of the various races that called Vail Lake home.

Fortunately, Spartan Race was quickly able to secure a new venue at nearby Pala Raceway.  Many of the veteran racers embraced the change as Vail Lake had gotten stale; others were nostalgic.  In terms of scenery at least, there really is no comparison. 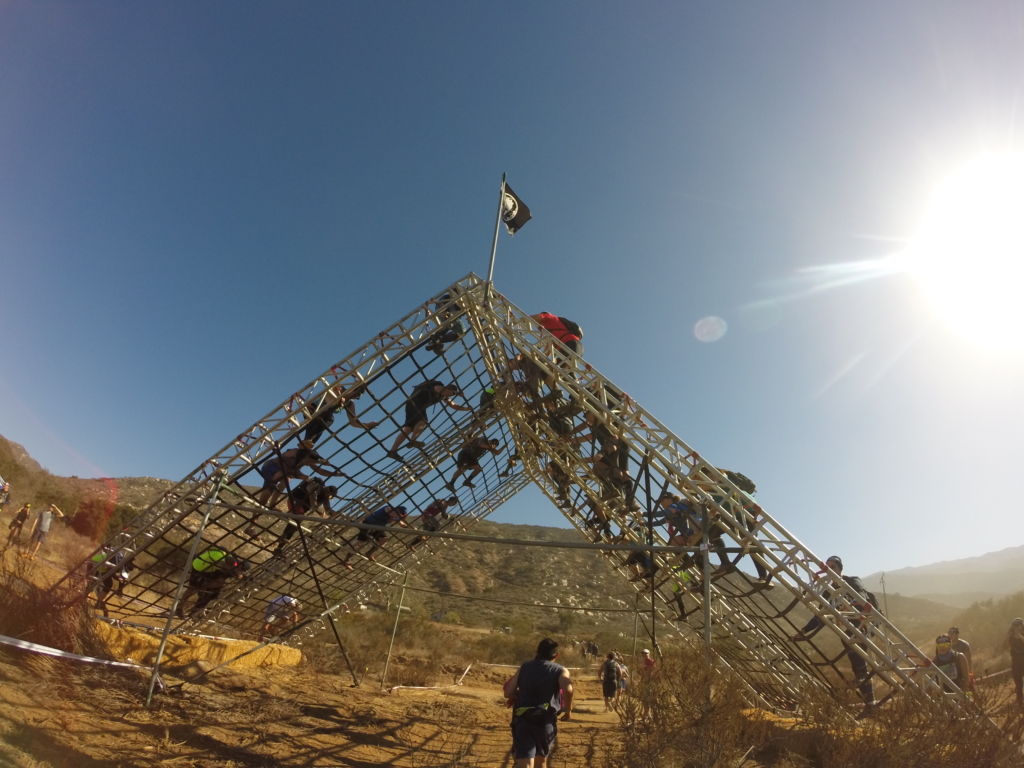 We may never know what the original course design for Pala was since a dispute with the owners forced some last minute changes and significant trail blazing to create new paths for the race to follow.  What racers ended up with was a 12-ish mile course for the Beast, which featured a couple of early obstacles followed by a long trail over the shoulder of one of the big hills nearby, past a mine entrance before winding back down through some single track towards the motocross track. 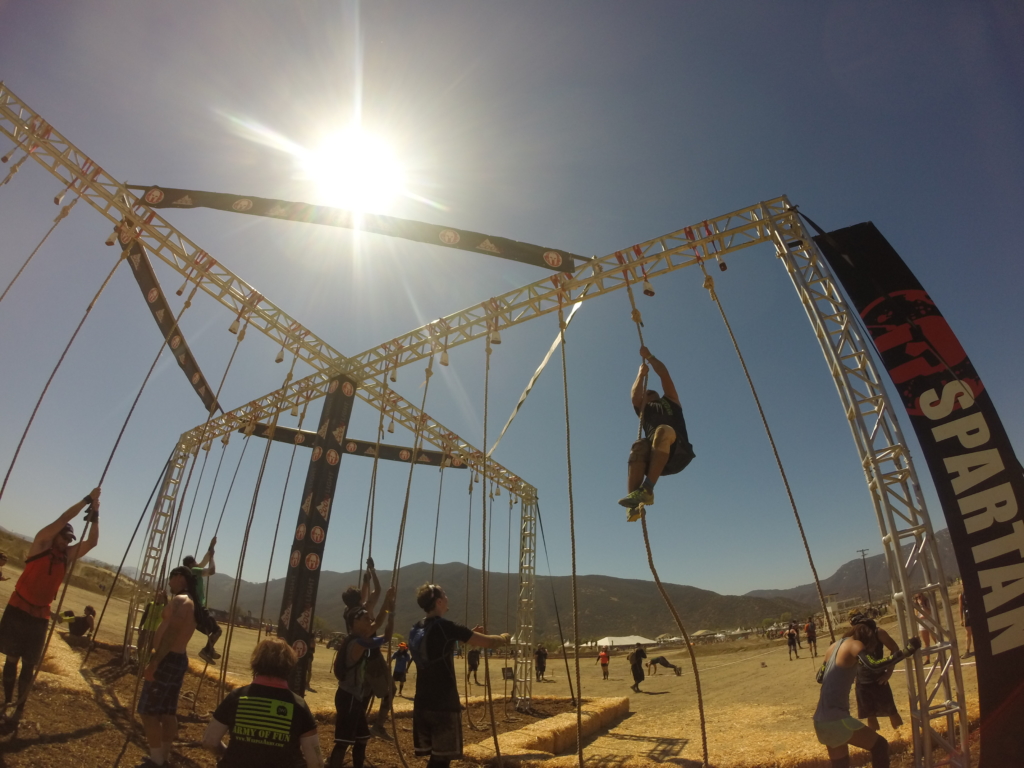 This made for a Beast that was very obstacle heavy on the back end, with the vast majority of obstacles located between miles 7-12.  Highlights included a somewhat diabolical combination of Rope Climb to Multi-Rig to Herc Hoist as a real test of grip. 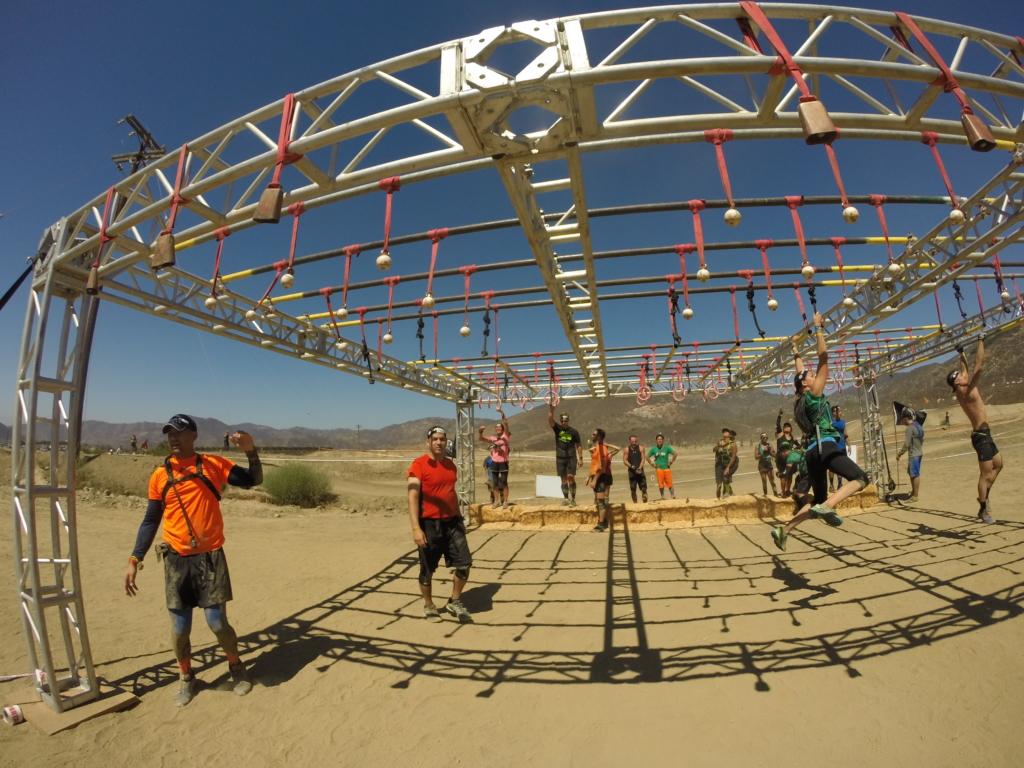 The trails were a mix of service roads, motocross dirt track, sandy washes, and very rocky single track, making for a very technical combination of terrains that often threatened ankles.  The course had significantly less elevation than Vail Lake, with a total of around 1500′ of gain, and several veterans commented that it was reminiscent of the 2015 Vegas Super in terms of terrain.  A relatively easy bucket brigade loop was countered by a steep climb up a sandy slope with the sandbag.

The other story of the day was the heat; although we'd been experiencing rather cool temperatures all week, come Saturday it soared into the 90's, and during the Sprint on Sunday it easily topped 100 degrees.  The temperature combined with the dry, dusty air, the complete lack of shade on the course, and the lack of water obstacles before the very end of the course to make this Beast a punisher. Several people were resting by the side of the trail as we progressed through the course, and more than one racer definitely had some serious heat issues on the course in spite of abundant water stations. 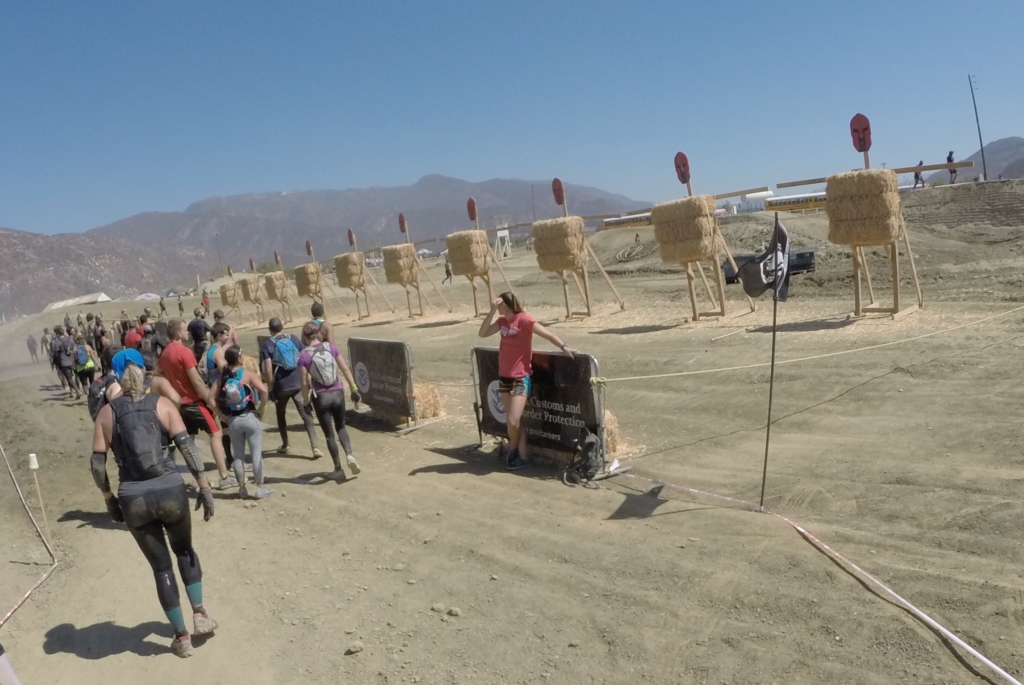 The course ended with the Spear Throw, Rolling Mud, and the Dunk Wall, where many people lingered after escaping the heat before climbing the Slip Wall and jumping the Fire to the finish line.

Returning for the Sprint on Sunday, the course was cut to remove the one big climb and several of the obstacles from the day before (including the Tyrolean Traverse and Z-Walls) to make for a relatively fast and flat runners' course that measured ~5 miles in length. 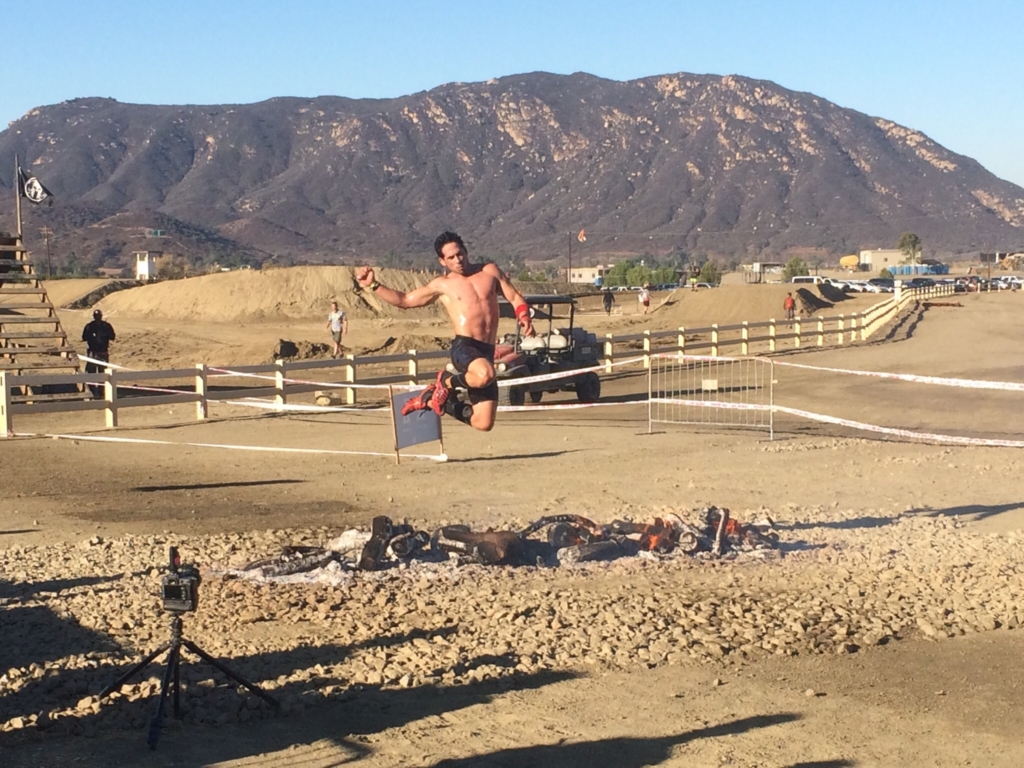 All-in-all, Pala provided a change of pace from the old venue and has potential for great variation if Spartan Race returns to it.  From the behind-the-scenes information I've gleaned, all the staff on this one deserve a tip of the hat for dealing with some major setbacks and putting together a course that promoted access (for medics and personnel) and runner safety at the last minute.  Although the course definitely had mixed reviews from racers, it was nevertheless a great and challenging weekend and provided a solid training ground for those headed to the World Championship in Tahoe. 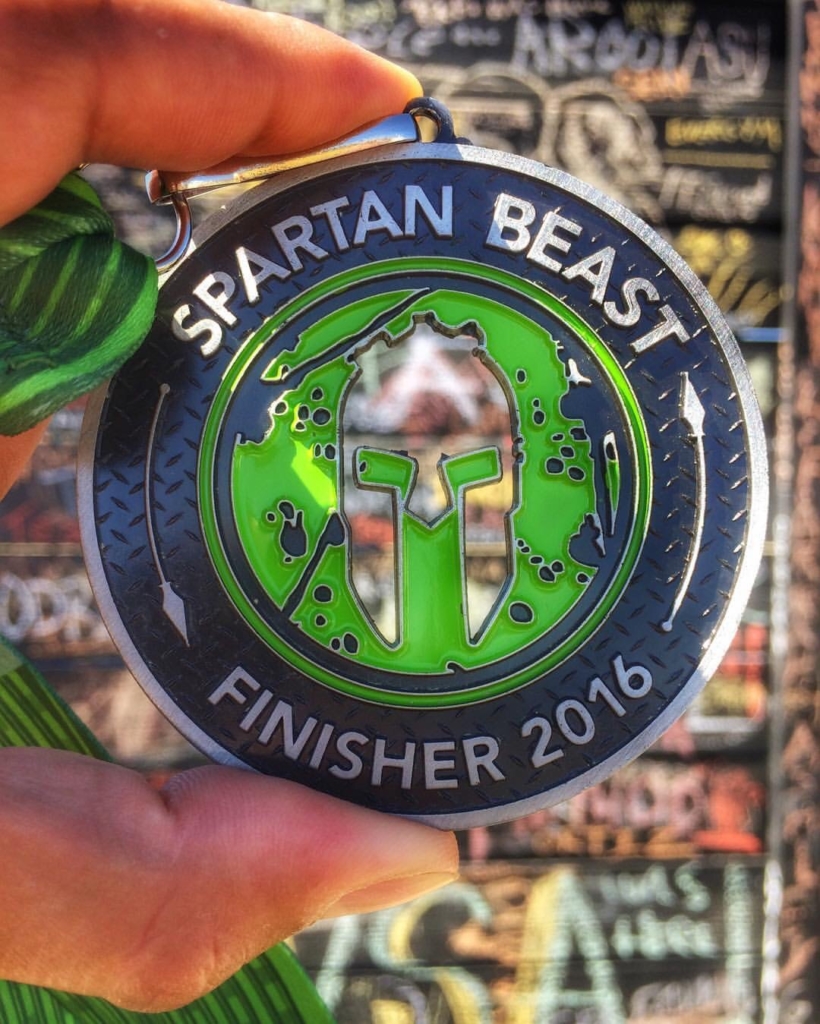