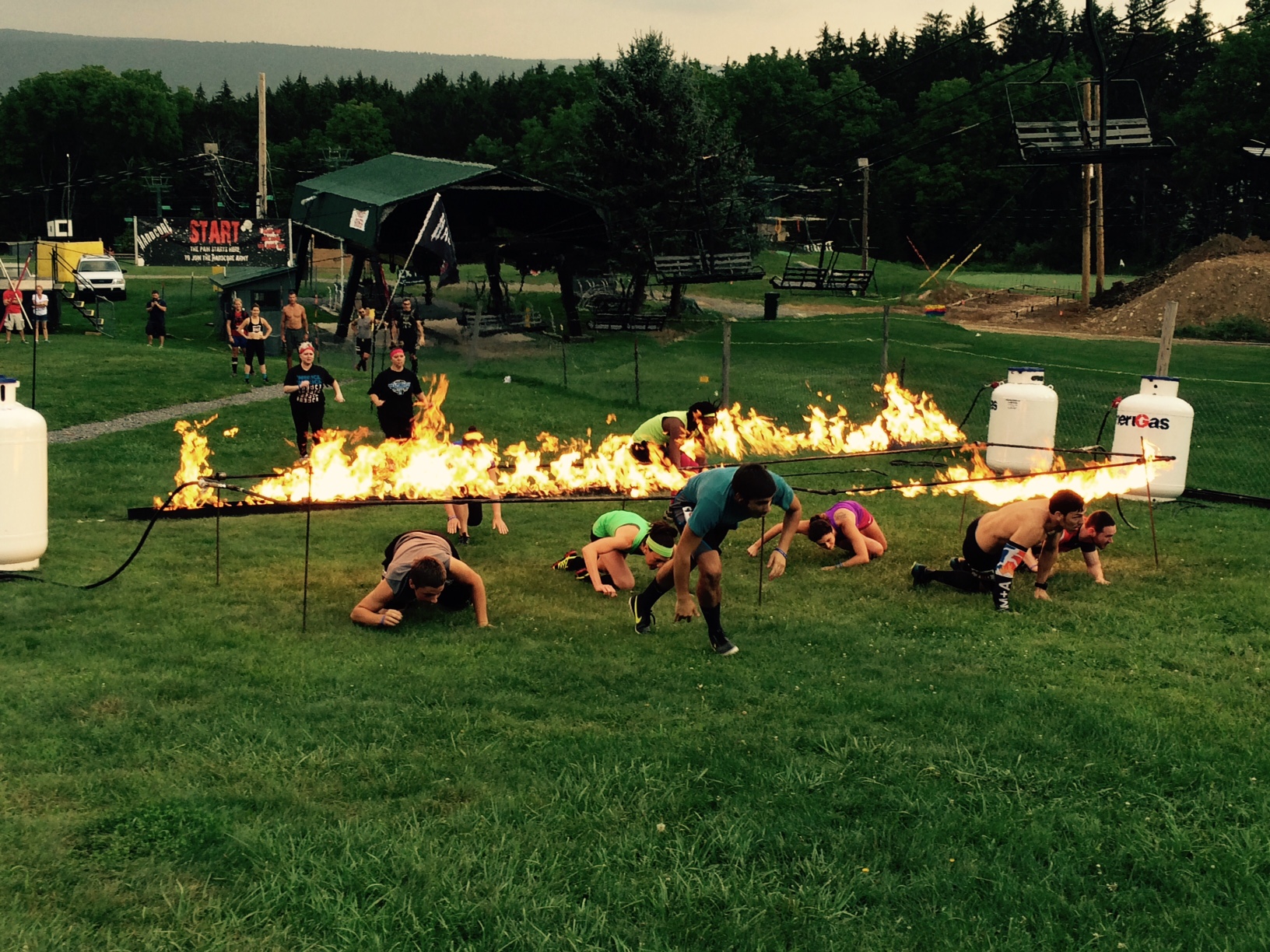 The Ultra wave starts with a jump over fire followed by a low crawl under fire. 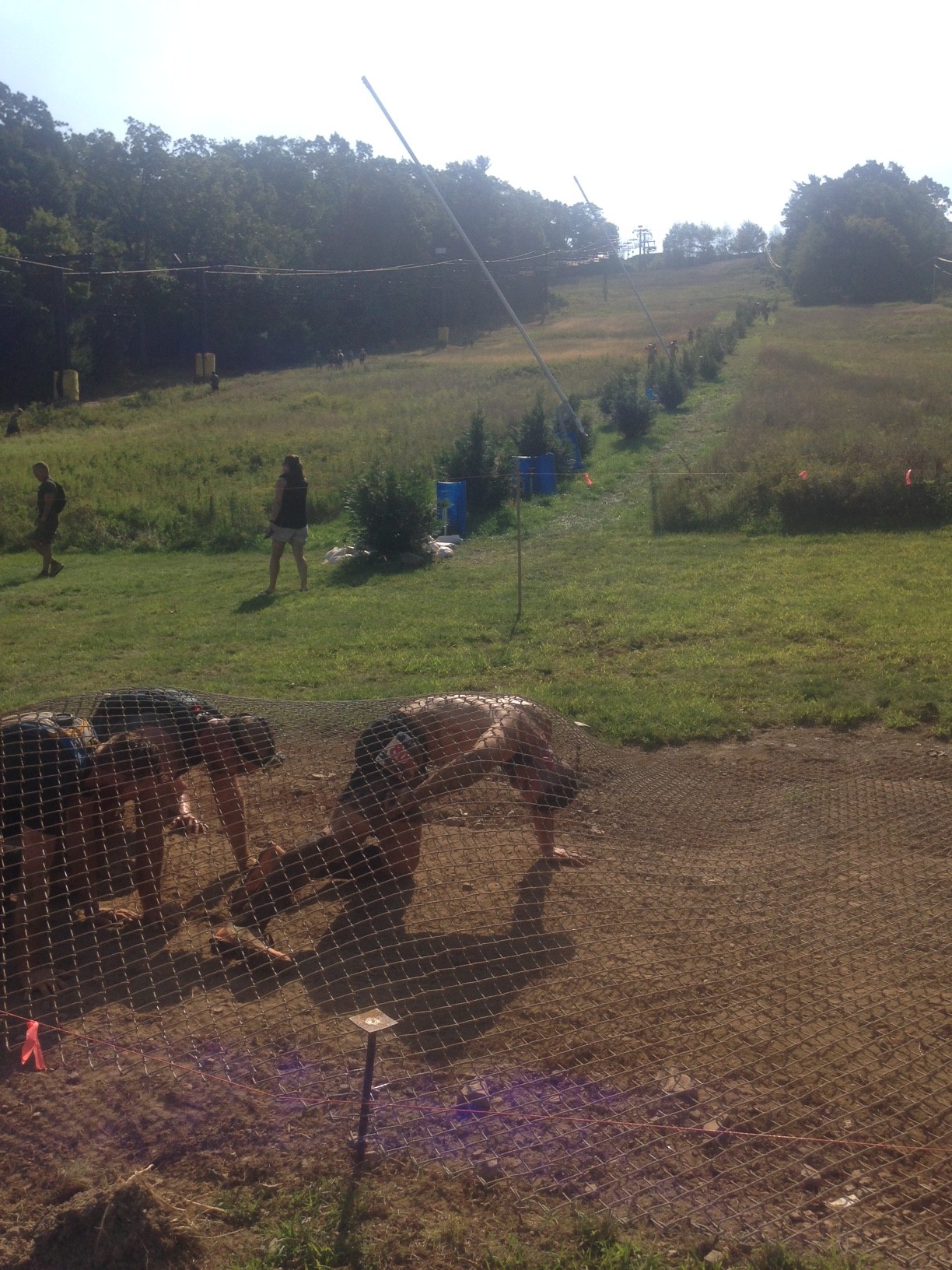 Section one of the fence obstacle with sandbag carries up the mountain in the background.

One of the coolest options was the fact that you could sign up for three different distances. Sprint (about 3 miles), Ultra (about 6 miles) or Extreme (about 9 miles). Since the event was two days, you could even go for the HMR Trifecta, which requires running all three distances over the course of the weekend. Since this was HMR’s only event in 2016, if you wanted to do all three, this was your only chance.

Brutal. That about describes the terrain appropriately. It was a ski mountain course heading up Tussey Mountain in Boalsburg, PA. What made it brutal though was the repeated ascents and descents up the mountain. The owner said it was 3000 feet of climbing, all I know is that I was almost always ascending or descending, and my legs hurt for days afterward.

Obstacles were a mix of unique, a couple of hard ones and the usual classic obstacles. The hardest two obstacles were the chain link fence staked to the ground (think Tough Mudder’s Devil’s Beard but with a fence) and the ~10-foot wall with a rope. The fence was exhausting and consisted of two very long sections.  Racers had to force their way into the tiny space and bend the fence links to get through. The ~10-foot wall looked easy but what made it hard was the lack of step anywhere and the rope hanging down was a skinny polypropylene rope. The yellow plastic rope had no knots and was very hard to grip. I made it overall the wall on my first try but not without severely spiking my heart rate. It was so difficult 2nd place decided just to walk around the obstacle, but that’s another story (see complaints).

The coolest obstacle was the first one, which was a jump over fire followed by a low crawl under fire. A cool way to start things off and made for some great pictures. There was also the usual array of obstacles including an A-frame type cargo net, low crawl under barbed wire, underwater tunnels, tunnels, low walls, a tricky balance beam and a pond crossing on inner-tubes taped together.

The course winded up and down the mountain making numerous S turns. The S turns going up and down hills were brutal, but it also made it confusing as you often were running a couple of feet from the last ascent/descent. This made it easy to accidentally go off course (also see complaints).  The backside of the mountain had a section of loose rocks that I would consider too technical for an OCR, but I know some people enjoy the parts that are so complex you can't run on them.  This part also could have been marked better.  While there was some spray painted arrows there was also just some dots of spray paint.  At one point I had to backup because I had accidentally crossed into the return path, but I corrected my mistake and continued forward. 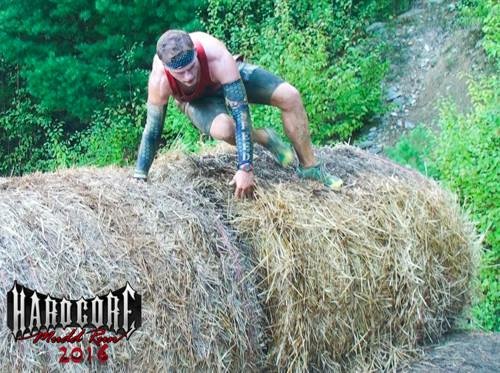 The Extreme even had an out and back section covering about 1.5 miles at the base of the hill. While I know many OCR athletes probably would have frowned upon this, the mental and physical strain of going from climbing plus obstacles to a straight, flat run I actually thought was cool (although bizarre for an OCR). Everyone has different things they find mentally difficult and trying to redline your body on a flat road for 1.5 miles after climbing for a couple of hours was harder than expected.

Entry provided you with an event shirt and a colored dog tag highlighting your finish. The dog tag was a letdown for some, one of my friend’s stated: “If I paid $80+ for entry, I expect more than a finisher’s dog tag.” Although not personally very interested in event swag, I tend to agree with him on that point.

The festival area was pretty mild with available port-a-potties, pizza for finishers and an Air Force recruiting booth. On both days a band showed up and played on their stage for half of the day. I left before the band went on but heard they were there from friends who stuck around for the festival.  For me, the festival is much less important than the ability to produce a good race. Honestly, I wouldn’t even care if there was no festival area, but that’s a personal preference.

As usual, most of my complaints lie in the competitive portion of the event. This was the first event HMR decided to do a competitive wave, so naturally some problems should have been expected. The event had small cash prizes (I think first was $100) and was supposed to be mandatory obstacle completion. While it is hard to stop all cheating, how you deal with the results of a competitive portion is where you have control.

The S curves on the course made it hard to follow, and the markings could have been better. For the Extreme, the first two guys got lost and cut 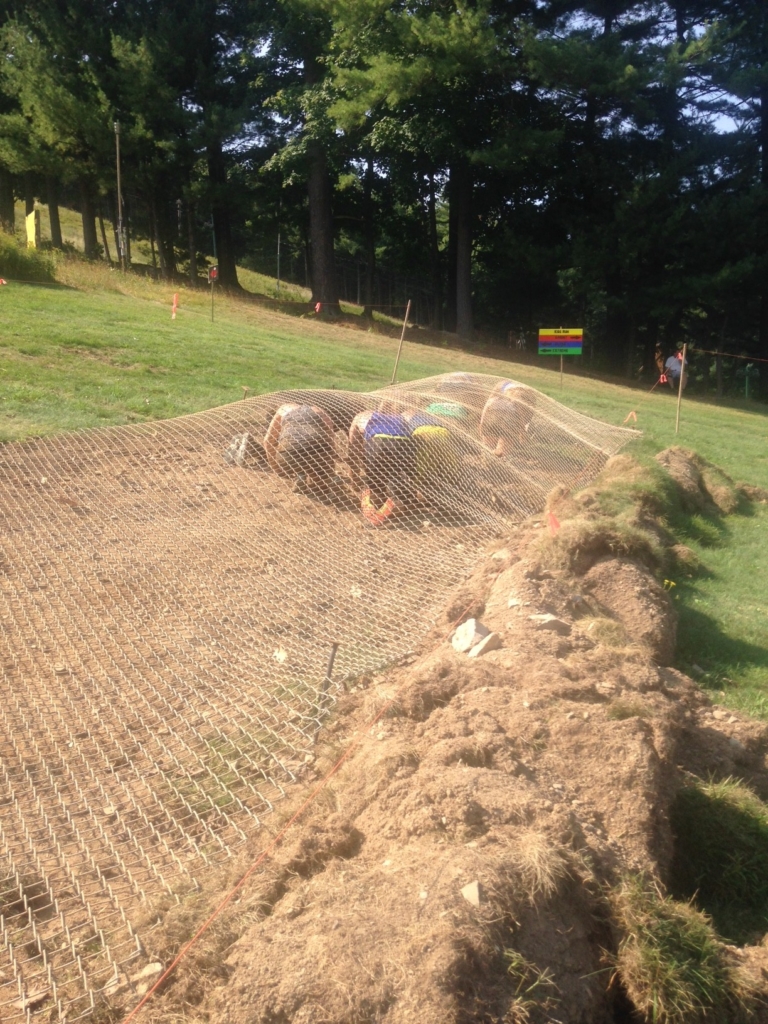 off several miles of the course finishing in just over an hour (3rd and 4th came in at two hours after running the whole course). Both, 1st and 2nd, realized they had run off course so went back on the course to run the parts they missed. 1st managed to come across the line just ahead of 3rd after he supposedly ran all the parts he missed. 2nd was finished about another hour after 3rd and behind a large chunk of the field.

I also personally witnessed 2nd place walking around the tall wall with the rope early in the race. In the end, the standings remained despite 1st and 2nd running the course in an improper order and with 2nd walking around an obstacle. While it sucks for both 1st and 2nd and perhaps they would have won if they ran the whole course, but both should have been disqualified (DQed). Courses are not “choose your route” and running off course (and crossing the finish line) without returning to where you left the course means you are DQed even if it was accidental.

If you like mountain courses or are interested in doing multiple races in one weekend, this event may be for you. If you are looking for the larger than life obstacles like those at Tough Mudder or obstacles that will challenge your grip strength and technical ability, then this event is not for you. The competitive waves were fairly light (especially for the Ultra event), so if you are trying to get on the podium or place, highly this might be a good opportunity. This was far from home for me so you will not likely see me at another one of their events but I still enjoy getting to see how smaller companies view and produce OCR events. 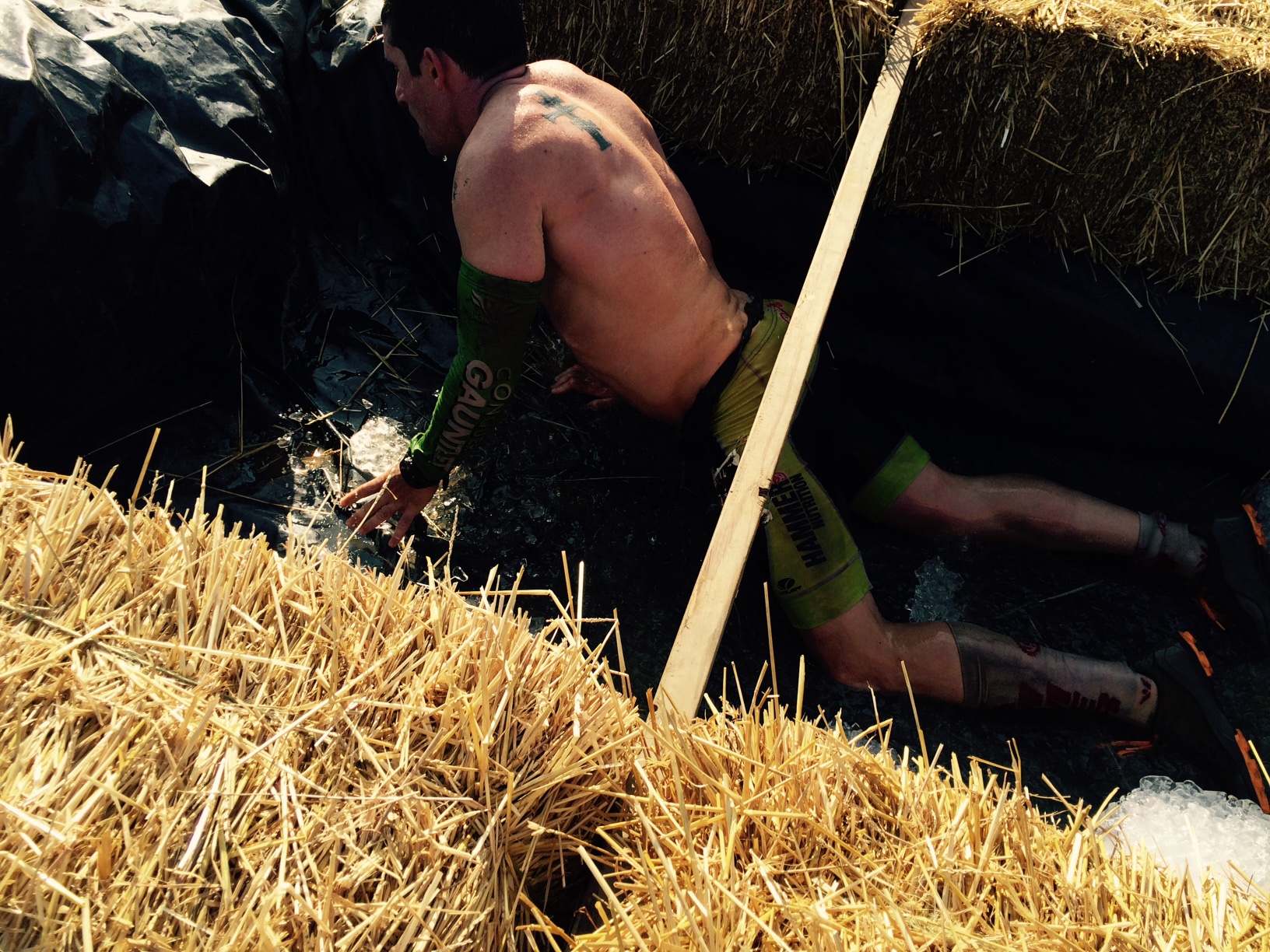 Crawling through the ice pit before the finish line.

All other photos provided by Strength & Speed