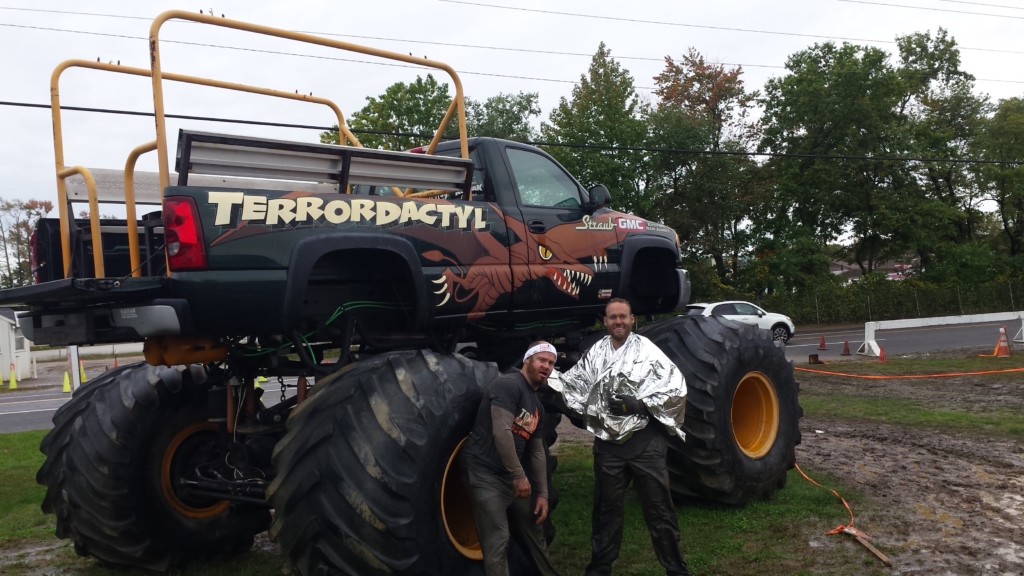 Tough Mudder Tri-State made its return to the Mecca of the event.  Raceway Park hosted the weekend event this past weekend taking advantage of the surrounding woods as well as the enormous dirt track with manmade hills/jumps for the motor cross bikes and trucks.  The hills/jumps while small in size were challenging as there were so many scattered providing the only vertical climbing on this otherwise flat course.  Depending on which day you ran, you most likely had two very different experiences.  If you were fortunate enough to run both days, you would not forget the weekend spent at Raceway Park in New Jersey.

On Saturday, Mudders were treated to, in my opinion, wonderful OCR conditions.  Temperatures hovered in the mid-fifties under cloudy skies.  Heat exhaustion and hypothermia were not a major concern for the thousands of runners who came out for the team building experience.  The favorite obstacles of 2016 were on hand for Mudders to test their inner potential.  Blockness Monster, Pyramid Scheme, and Everest drew the most emotion as well as comradery.  Many Legionnaires could be seen at these obstacles for an extended 30 to 40 minutes helping others overcome these obstacles.  Mineshafted, an obstacle where you lower yourself down a long cylinder into a pit of, made its appearance on the course this weekend.  What made this obstacle stand out was the dark hole you were dumped into, and the actual obstacle was getting out.  A steeply angled wall provided little assistance as it was nearly impossible to gain any footing at the bottom of the pit.  On Saturday, Balls to the Wall, a 14-foot wall with knotted rope hanging down both sides, proved to be nearly impossible to climb as the rope was completely covered in mud thanks to the obstacles leading up to this one.  I chose to skip this one after repeated attempts and fear that if I did make it to the top, the risk of falling was too great.  Overall the mud was great as several times the course led you through the woods crossing small creeks and combined with the wet conditions on the dirt track, this made for an excellent mud run! 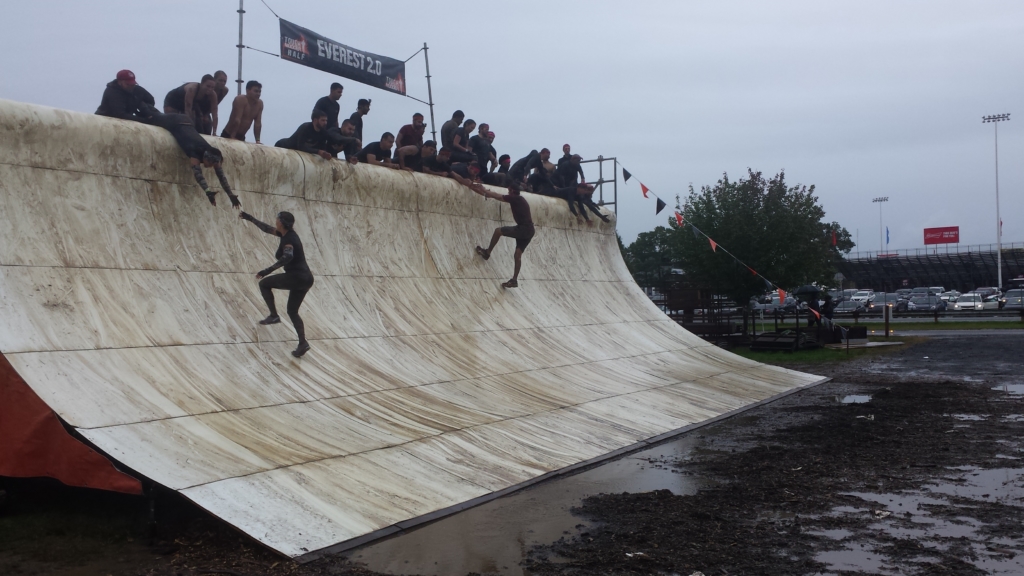 On Sunday morning, Mudders were treated to an obstacle course race for the ages.  I believe the chilly rain began Saturday early evening and lasted until just after the last group of the day took off on Sunday around noon.  I arrived at the event Sunday morning, and by the time I entered the starting chute where they launch you, I was soaked to the bone.  Before noon temperatures were in the low forties and the wind was heavy at times.  These conditions did not seem to dampen the spirits of the hundreds who chose to fight this event out instead of canceling their ticket for the day and reschedule for a 2017 ticket like so many I saw doing as I entered the village area.  Every aspect of this course was different from the previous day.  Trail running became more of a mud walking as the forest part of the course was under about 6 inches of water.

Obstacles such as Kiss the Mud which on Saturday had you crawling through mud underneath barbed wire now became almost a swimming obstacle as it was easily under 10 inches of water.  Parts of the Cage Crawl, where you float on your back with about 4 inches of space between the water level and chain link fencing, was closed as the water level had risen too high.  Mudders turned the dirt mounds used for the race track into huge slides as they were so soaked you could get a good 50 feet on your rear end.  Arctic Enema remained open despite the chilling temperatures and to be honest, after getting out of the ice bath, that was the warmest I felt all morning.  Funky Monkey became increasingly difficult as the bars were all dripping and your fingers were numb from the cold. 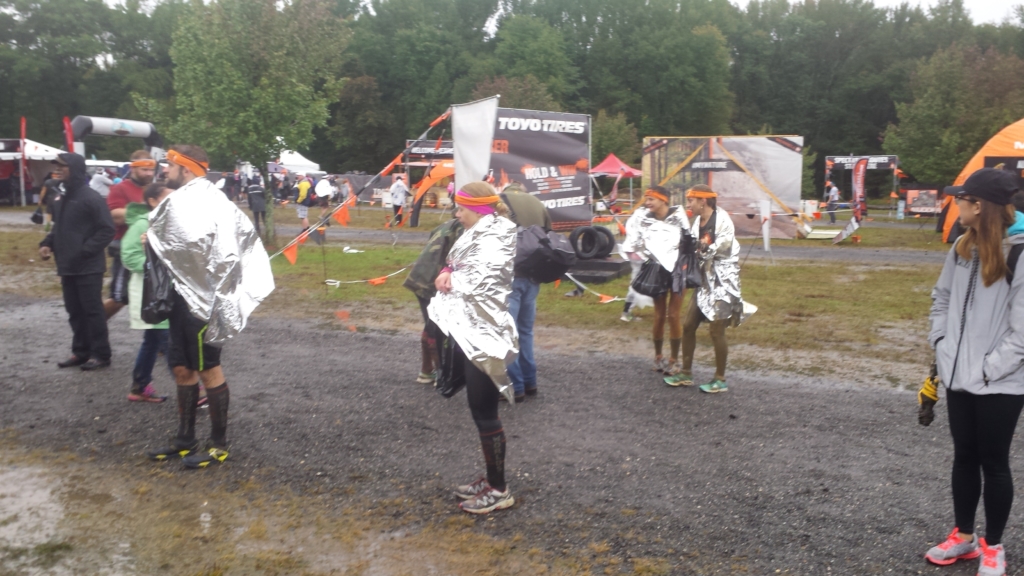 The cold conditions inspired me to run at a pace I don’t think I have kept for 10 miles ever in my life.  Despite the cold, wet conditions, you saw help at every obstacle, and that is what Tough Mudder is all about.  People were choosing to help others when they could have been reasonably “selfish” and finish the race to receive their headband, t-shirt, beer and on this day; warm foil wrap!