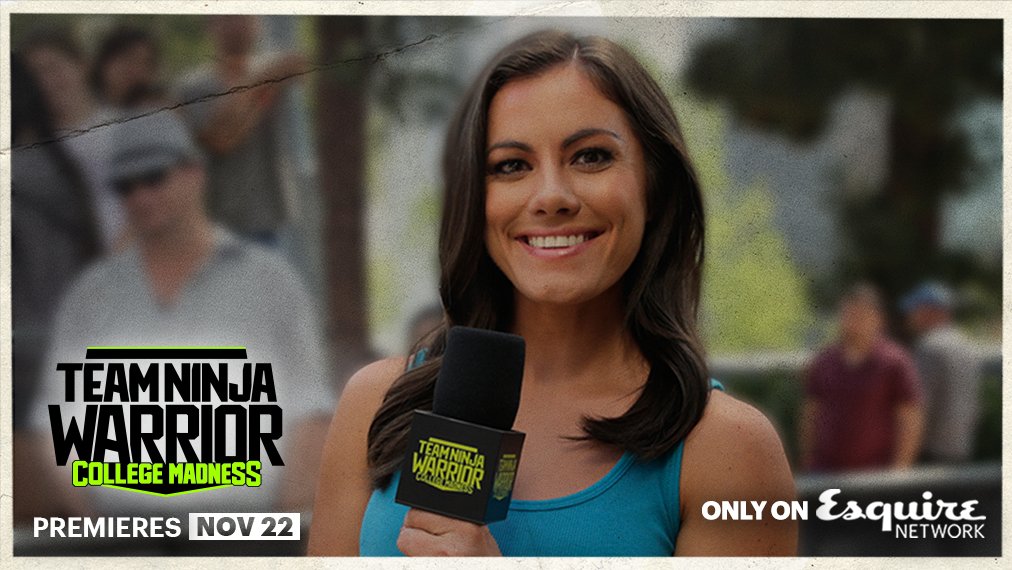 Team Ninja Warrior has gone back to school with a new 5-episode miniseries, Team Ninja Warrior College Madness. The Ninja Warrior franchise is expanding. This time the teams consist of college students racing for their colleges. The new mini-series is set to air on November 22 on Esquire Network. The show will have some of the top colleges in the country racing head-to-head.

Mud Run Guide got an exclusive look at the first episode of the series. The college series offers new obstacles and heart pounding action. For those who watched the BattleFrog College series, this new series builds on that excitement. Kacy Catanzaro anchors the sideline coverage and some of the top rivals in college sports battle it out. Catch the teaser below and full press release.

Sixteen teams, pulled from some of the most historical and deep-seeded collegiate rivalries, will run the dual course which includes even more challenging obstacles this season and a whole new strategy of racing. Both sets of teams will be comprised of three people – two men and one woman – who will battle it out on this amped-up version of the world’s most intense obstacle course. In each episode, four of the college teams will race against each other, with each individual win giving the team more points. At the end of the show, the two teams left standing will face-off in a relay race with additional obstacles – and the winner between the two will move on to the finals.

Matt Iseman and Akbar Gbajabiamila of “American Ninja Warrior” will host alongside sensation Kacy Catanzaro, who will be the sideline reporter.

The following rival colleges and universities and athletes will be going head-to-head for this tournament:

· Michigan vs The Ohio State University