Faces at the Races — Jared Perkins 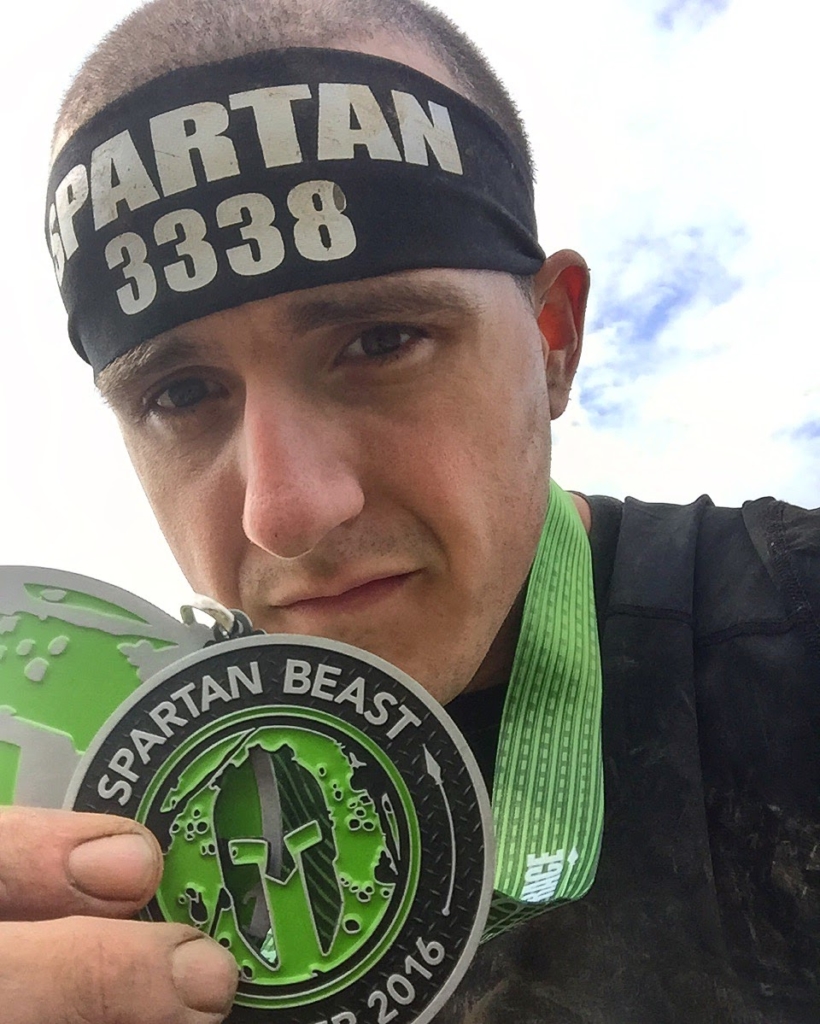 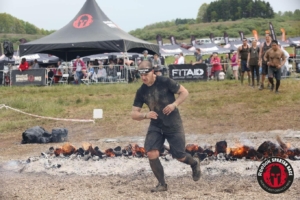 Brief bio
I played football for a few years in high school, but that’s where my athletic career began and ended. My focus turned more towards music, videography, and photography. After high school, I began shooting and editing music videos for local bands around town. That eventually evolved into photography and through various contacts, I started shooting sports around town ranging from high school all the way up to college and professional MLS and NHL teams.

What factors caused you to reach well over 300 pounds?
Portion control and bad diet choices were my downfall. Throw in a sedentary lifestyle and you have the perfect recipe for weight gain. It was easy to ignore since I was always behind the camera lens instead of in front of it. 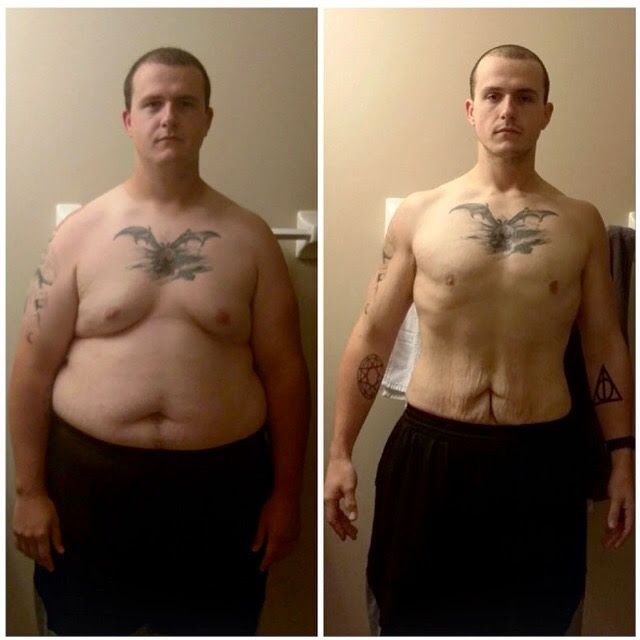 Was there a turning point when you finally realized you needed to make a change?
In the spring of 2015, my then-girlfriend and now wife was in a fairly serious car accident. She wasn’t seriously injured but had some serious bruising and felt that if she was in better shape she wouldn’t have been quite as hurt. So, after some feet dragging by me, I decided to start eating right and exercising with her.

So many people lose a bunch of weight after being motivated short-term then gain most of it back once the motivation wears off. What steps are you taking to make sure this doesn’t happen to you?
I just try to take it one day at a time. I try to not look at it like major changes to my diet or lifestyle but rather little simple small things. I try to just let the little things add up. When you try to make big sweeping changes to your lifestyle, it’s easy to get overwhelmed by the process. Take it slow and remember it probably took you a while to develop your unhealthy habits, so take your time adopting your new healthy habits.

Do you struggle with self-image issues despite your weight loss success story?
After losing as much weight as I did, especially considering how quickly I did it, I sometimes forget that I’ve lost weight as crazy as that sounds. I wouldn’t say that I have self-image issues. I would more just say I haven’t totally adjusted to my new look.

One of the hardest things when starting a diet makeover is finding healthy food that you’re willing to eat. How were you able to give up the bad food and start eating a healthy diet?
It started with just cutting down on portion sizes. I still more or less ate whatever I wanted. I just tried to eat less of it. Calorie counting became my best friend. After I started lifting weights and running, my body started to crave cleaner foods. Like I mentioned before, I just made small changes over time. Instead of totally cleaning out my cabinets and refrigerator, I’d try one new vegetable a week and then, if I liked it, I’d keep getting it. If I didn’t, I’d simply just try something new the next week. After a few weeks of that I found that I was eating a whole new diet without really even realizing it. I never really had cravings for the bad stuff because I slowly weened myself off of it and found healthy substitutes.

What made you sign up for your first obstacle course race and why do you continue to compete in OCR?
When I first started looking at Spartan Race, it was kind of a joke. “Oh, how crazy would it be if I did one of these races?” or “Wow, how scary does this look?” Over time, it turned into, “Well, maybe someday…” Finally, one night I turned to my wife and it was, “Hey, guess what I just did!!” As scary as it looked, I craved an event that really put my body and mind to the test. I’d done a few 5ks before this, but OCR was a whole new beast. It felt like a rite of passage into a new healthy lifestyle that I was trying to lead.

Was there ever a time during your first race that you thought you couldn’t finish? Once you did finally cross that finish line, what thoughts were going on in your head?
My first race was the Ohio Beast. That was a long and grueling race for me. I had overestimated my skills and fitness up to that point and the race itself took be over 8 hours to complete. That being said, I never once considered quitting. I actually took a little bit of pride in how hard it was for me but never stopping. It wasn’t about setting any course records; it was just about proving who I was to myself and crossing that finish line. After finally crossing the finish line, the volunteer put the medal around my neck and I took about three steps and dropped to my knees and cried. I was exhausted and just finished the most physically demanding things I’d ever done. That is still one of my proudest OCR memories. 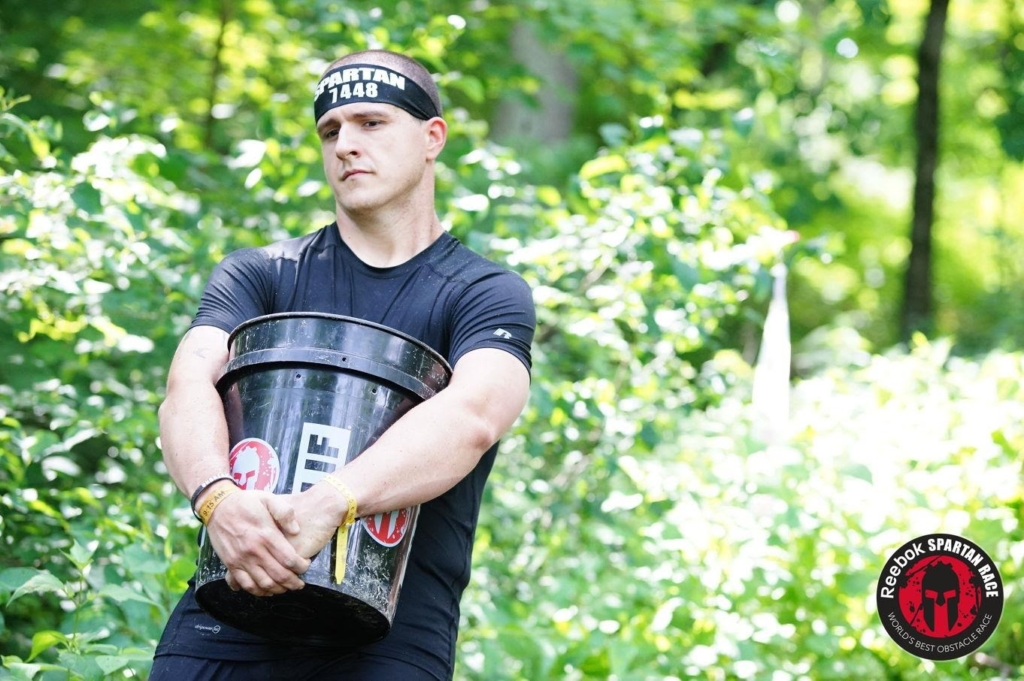 What advice do you have for people who make excuses about why they can’t do an obstacle course race or lose a bunch of weight?
It’s not as scary and crazy as it looks. It’s all a mental game and it’s only as difficult as you make it. Losing weight has its good days and bad days, and an OCR has its ups and downs (both figuratively and literally), but it’s defiantly worth it in the end. Just take it one step at a time or one day at a time and you will surprise yourself with what you can accomplish.

How do you train for obstacle course races? Do you have a coach, training group, online workout plan, etc.?
Originally, I started off just walking and doing P90X. After my first month of P90X, I started using the C25K app to develop my running skills. I can’t recommend both programs enough. Both are great for building a base foundation to getting into OCR. Currently, I’m going through the Obstacle Dominator 2.0 training plan, which I also recommend for the slightly more advanced racer.

Outside of OCR, what is your biggest passion?
I absolutely love photography. Shooting a concert or sporting event is almost as exciting as OCR! 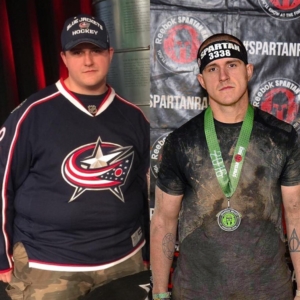 Your job as a sports photographer sounds pretty interesting. Walk me through a typical day on the job for you.
Unfortunately, it isn’t as exciting as it may seem. For a typical game, I’ll show up to the arena/stadium about three hours early to set up my laptop and double-check camera settings, which usually only takes about 15 or 20 minutes. After that, it’s a lot of hurry up and wait. I’ve started running stairs to kill time before the games. Then comes the fun part of actually shooting. After the game comes a minimum of an hour or two of editing, captioning, and uploading photos. It’s the most thrilling boring job you could imagine, but the payoff of getting the perfect shot is definitely worth it.

Do you have a portfolio or a link to some of your favorite photographs?
I post a lot of my favorite photos to my non-fitness Instagram account (@j.a.perkins). My work can also be seen at www.columbuswired.net (along with some other very talented photographers).

What is the coolest sporting event that you’ve worked at?
The biggest event I've shot would be the MLS Cup finals between the Columbus Crew and the Portland Timbers. The coolest, at least in my opinion, is just about any NHL game.

I’m sure you’ve met a ton of pro athletes through the years. Who are the most and least likeable athletes with whom you’ve interacted?
In my experience, most athletes are generally likable. They’re just trying to do their jobs and put out for their organization and their fans. The only athletes I've ever had any issues with are professional golfers. They tend to be the most temperamental towards photographers especially. They often don’t like where we need to stand to get the best photos and god forbid you release the shutter during their backswing. 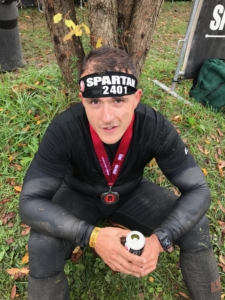 Where do you see yourself 10 years from now, not just as an OCR athlete, but also as a person?
I’d like to see myself as being some sort of leader type figure both in the OCR community and in my personal life. I like to think that I’m someone that friends and family can turn to in times of need, and if OCR has taught me anything about myself, it’s that I am willing and able to face any adversity that may come my way.

Give me a fact about yourself that would impress most people?
I lost over 100 pounds in six months.

What was your opinion of OCR TV coverage?
I enjoy seeing the coverage on TV and participating at one of the NBCSN Spartan races. It was fun to show friends and family exactly what I had experienced. However, I’m not a fan of brands turning their backs on racers in favor of TV contracts and reality TV.

Do you follow any of the top elite racers? If so, who are your favorite OCR athletes?
I’m a big fan of Hunter McIntyre. I really like how he takes the sport so seriously but still has a good time. 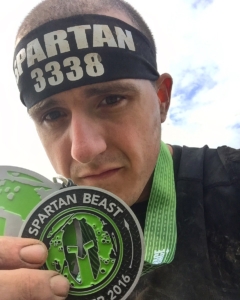 Are you pursuing any achievement this year, like a Spartan Trifecta or running one race from each of the major series?
During my first year in OCR, I just wanted to finish a single Trifecta. This year my goal is four. I have 15 races lined up and if I can come up with one more Beast that will make 5x trifecta so I'm keeping my fingers crossed. I’m also looking to finish my first Hurricane Heat.

How many medals do you own and what do you do with them after the race?
Right now, I have four Spartan Race medals and one BattleFrog medal. I still have every intention to frame my first set of Trifecta medals. I just haven’t gotten around to it yet.

Pretend you’re a race director for a day. Describe the course you would design (including pre- and post-race festivals, if you’d like).
My perfect race would include a lot of steep, long climbs early to thin out the herd followed by technical single trail terrain afterwards. Throw in a few extra-long heavy carries and we have a race!

Is there anything else you’d like to share (OCR-related or about life in general)?
A few quotes I enjoy and like to keep in my head while I race:

“Be brave, my heart. Plant your feet and square your shoulders to the enemy. Meet him among the man-killing spears. Hold your ground. In victory, do not brag; in defeat do not weep” – Archilochus

“Obstacles are like wild animals. They are cowards but they will bluff you if they can. If they see you are afraid of them… they are liable to spring upon you; but if you look them squarely in the eye, they will slink out of sight” – Orison Swett Marden