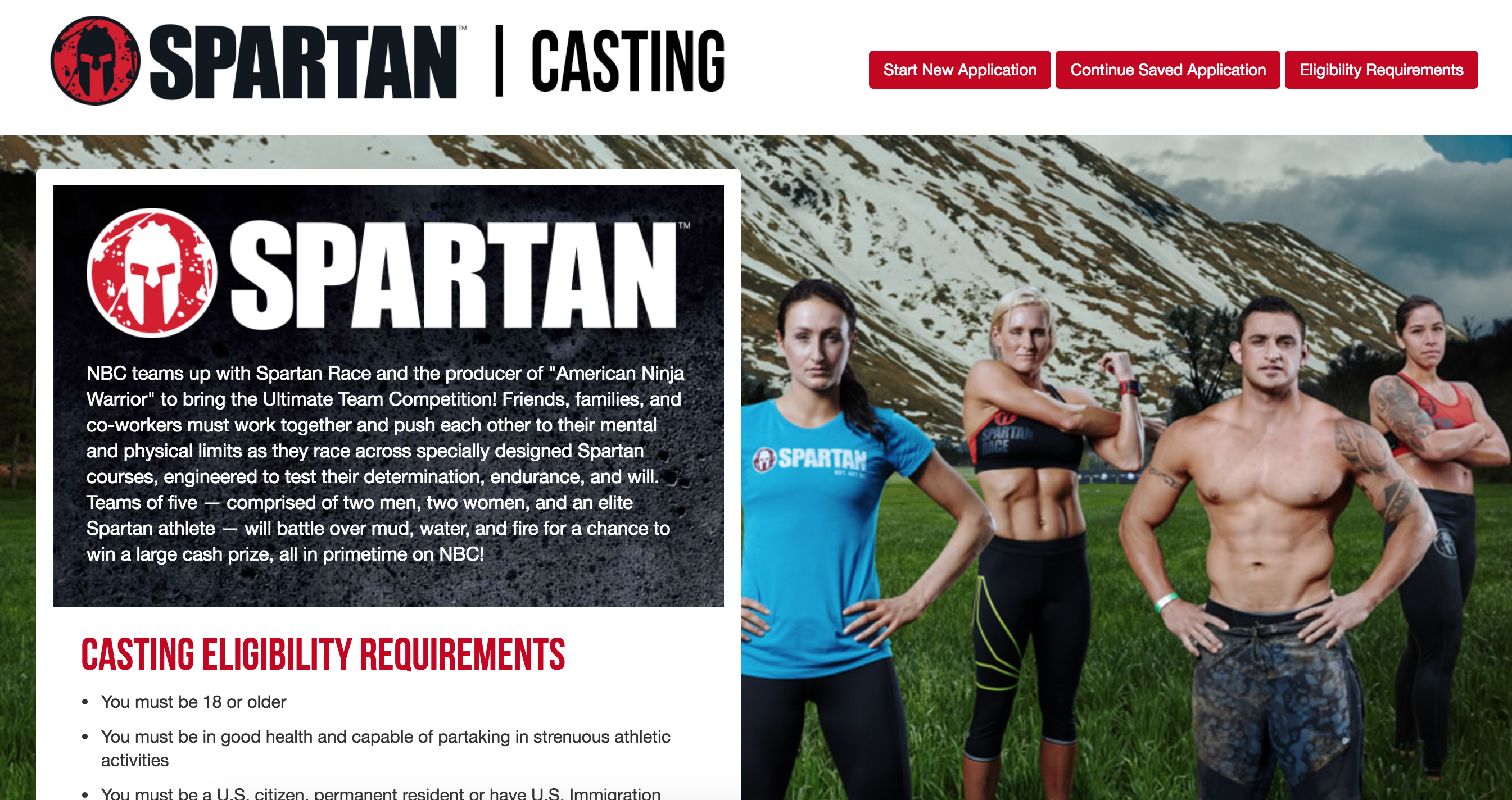 In the last few weeks, whispers have circled the OCR world about season 2 of Spartan: Ultimate Team Challenge. Some athletes who participated in the first season had begun receiving calls in the from the production crew. All hinting at a second season. Today, it was brought to Mud Run Guide's attention that a casting website is now live with a submission date of February 15, 2017. 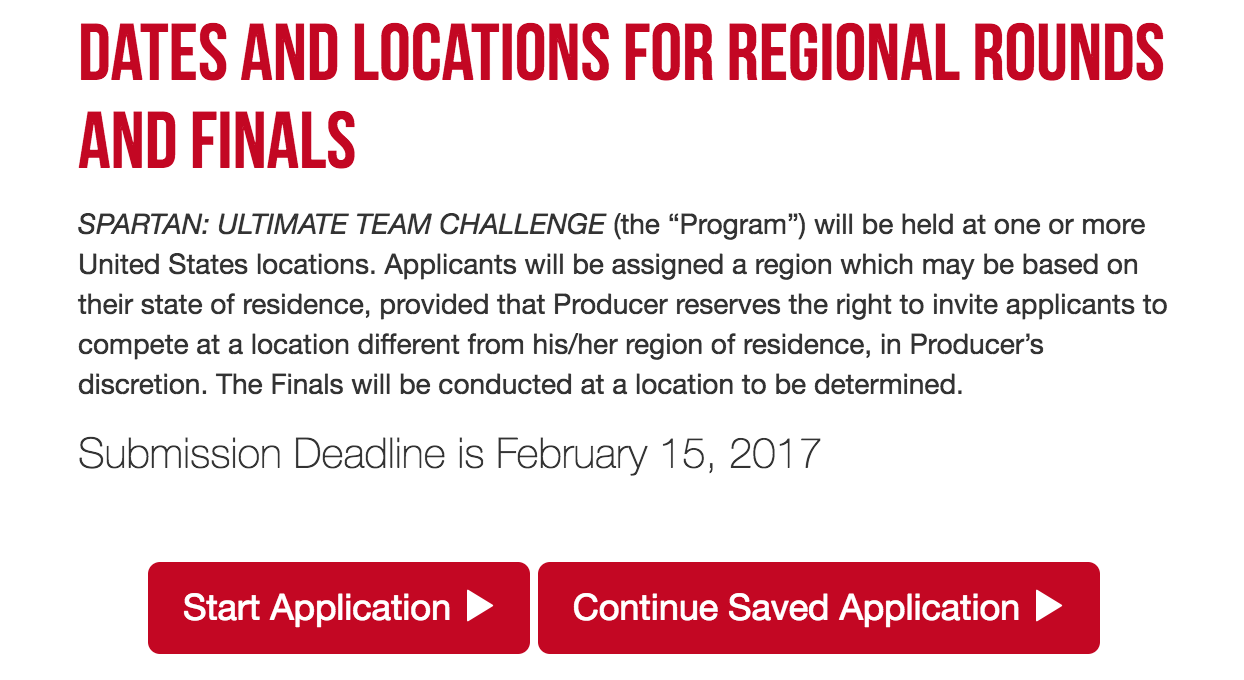 Several former participants have gotten calls from the production company urging them to get teams ready. All of this prior to the website link going live. While no official announcement has been made from Spartan Race or NBC regarding the return of Spartan: Ultimate Team Challenge with casting currently open, it seems that the show has been picked up for a second season. For obstacle racing fans this looks like good news with more obstacle racing on major broadcast television in 2017.