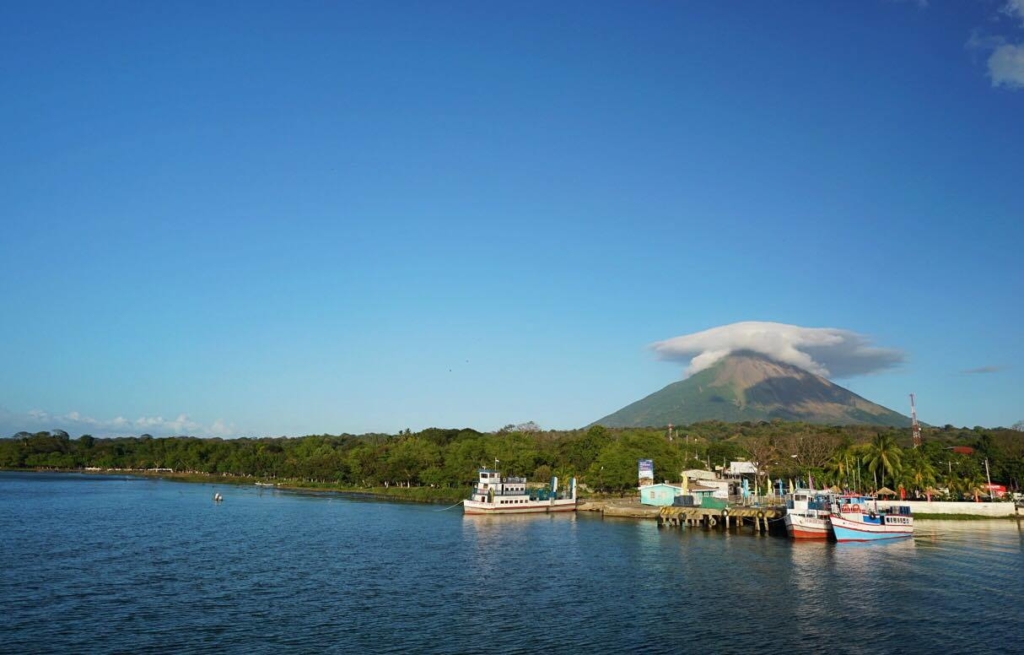 Survival Run Nicaragua begins on Friday afternoon, held on the island of Ometepe in the middle of Lake Nicaragua. The extreme endurance event enters its 5th year with athletes flocking from around the globe to tackle an event dubbed one of the toughest events on the planet with a 5% – 10% finish rate annually.

This year we will be on hand following the race providing updates throughout the 24-hour event. As we count down the days until the start we are looking at some of the top teams, men, and women to watch from around the world. Today we focus on the women. 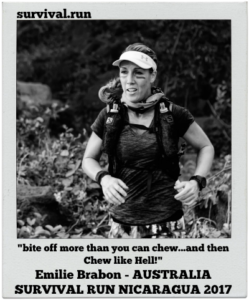 Emilie travels to Nicaragua from Australia. She is an accomplished runner and racer. Her first experience with the FUEGO Y AGUA races was at the Hunter Gatherer events. She won the 50K that year. Since that time she and her husband have become involved with the FYA brand and produce the Survival Run Australia.

Emilie knows what it takes to finish Survival Run and has the background that she will go far in this year's event and is eyeing all four pieces of the finisher medal. 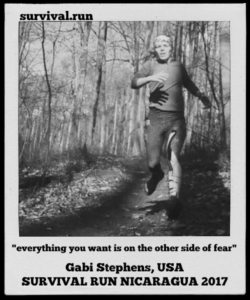 Gabi Stephens returns for another year of Survival Run. She is very familiar with the race from all angles as she has helped produce the event in the past, run the ultra marathons, and intimately knows the island.

Gabi has a background in ultra running, dabbled in short adventure racing, obstacle racing, and runs her own small farm with her husband in Pennsylvania. If chickens are involved again this year she will be ready. Stephens has been training hard for this year and wants to prove the race director (her younger brother) she has what it takes to finish. 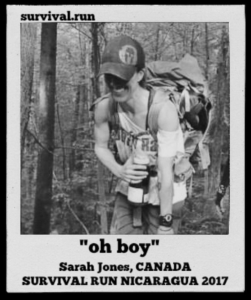 Sarah Jones is coming to Survival Run Nicaragua for the first time this year. Sarah is traveling from Canada to the race. If the last name of Jones looks familiar it is because her husband is Mark Jones, the accomplished extreme endurance racer, race director, and coach.

Don't let Sarah fool you she is a tough competitor herself and has competed in long endurance challenges like the Death Race in Vermont. Training with Mark you can be sure she will be fit and ready to compete. We will see how she does in the tropical elements and on the new terrain. If anyone is prepared for this race it is Sarah Jones. 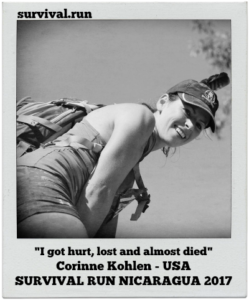 Kohlen loves the long extreme endurance challenges and is looking forward to get back on the island this year and give Survival Run another shot. She is looking to get that final piece of the four-part finisher medal. Kohlen has competed in all but one World's Toughest Mudder (when she was pregnant) and is known for her stubbornness and drive to continue on while racing.

Survival Run starts on Friday with packet pickup and registration at 5:00pm. Mud Run Guide will have updates during the event. Tomorrow look for the top men to watch this year, including one several Survival Run finishers back for a second (or more) attempt at Survival Run Nicaragua.