Tough Mudder has a new competitive option (Tougher Mudder) for those of us who enjoy being timed and competing against the clock and our fellow Mudder! The competition is attracting some new and great talent to events including Arizona. Here I’ll talk about how the competitive wave is different from the normal Tough Mudder and take you through the competition in Arizona this past weekend.

Tougher Mudder takes place at 7:45 am on Saturday only and started with a normal inspirational speech by Sean Corville, arguably the best motivation/mirror man in the business. He has special words for those of us that are interested in racing, but not being selfish jerks. (That line is in the modified competitive Tough Mudder pledge.) We get called to the start line around 7:15 am, and he makes sure to start us off precisely at 7:45 am. There are always some push-ups involved during the motivational speech. This time we did two sets of 10, then a set of 22 to represent the 22 veterans who take their lives each day. 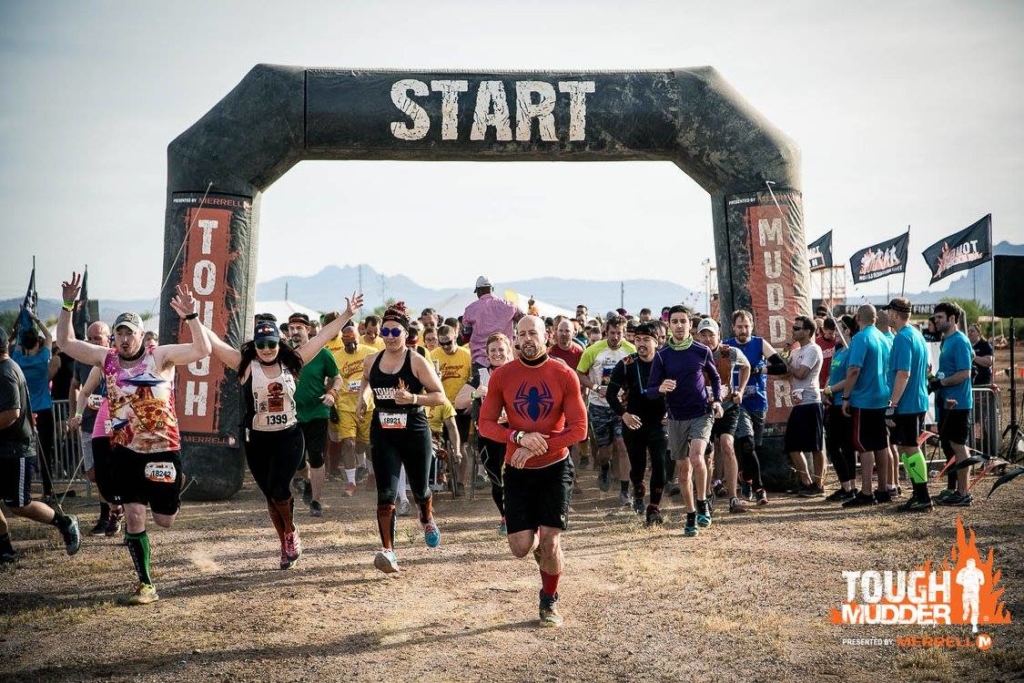 The start line isn’t too crowded, but you can tell that this is a self-selected group. There are a few people decked out in branded gear without their shirt off showing off their chiseled muscles. There are others that are well known to the community like Victor Quezada and me. Some look to me to win it, and I just shake my head and point to Victor. I knew beforehand that I’d need to run fast to keep up with him. There were a few other unknowns in the field that I needed to keep an eye on. Surprisingly, there were not that many women.

We started by counting down from 10 together, and we were off. Like any race, there was adrenaline at the start. A few people took an early lead in the first 100m only to slow down and let the others pass. I kept right behind the leader from between 25m to 400m. After letting the rabbits go, Victor started with a commanding pace and took the lead at around 100m. I drafted him at that point, knowing that if I wanted to win, I needed to stay on his heels. 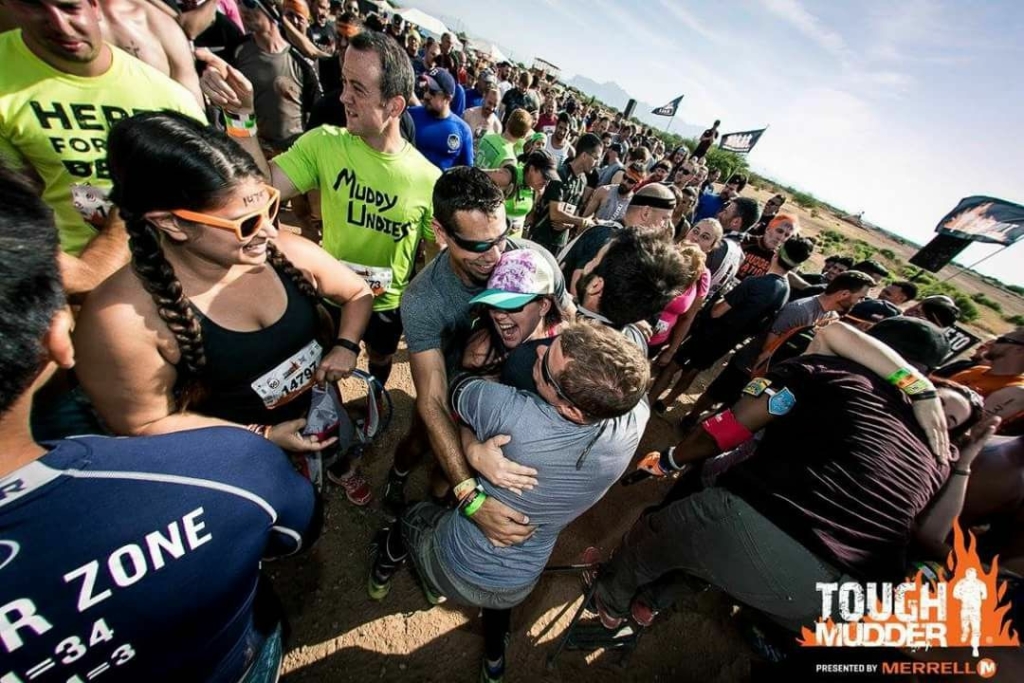 We blew through the first obstacle, Kiss of Mud, with no event, and we made it to the first mile in a flying 5:45, including that obstacle. In my head, I knew that was too fast. I certainly couldn’t keep that up, and Victor didn’t look like he was slowing down, so I let him make a separation. The first chunk of separation was built up when we had a sandbag carry from PitFall to and through Devil’s Beard. That’s expected because I’m a runner and slow down substantially when put under the burden, but I’ll speed up when I’m unladen like a European swallow.

Find a Tough Mudder Near You and Save

It was then that an unknown face came up next to me. He was going at a decent pace and keeping a good clip. He stuck with me for a bit, then as I lowered down to retie a shoelace that came undone around mile 3, a separation was built. That separation was never closed. I kept on trucking at a decent, uncomfortably fast pace that I could maintain over a Tough Mudder. I saw Victor one time at Mud Mile and was wondering where Forrest, the unknown runner, was. Surely he hadn’t passed Victor… right? Wrong. He was far ahead already. 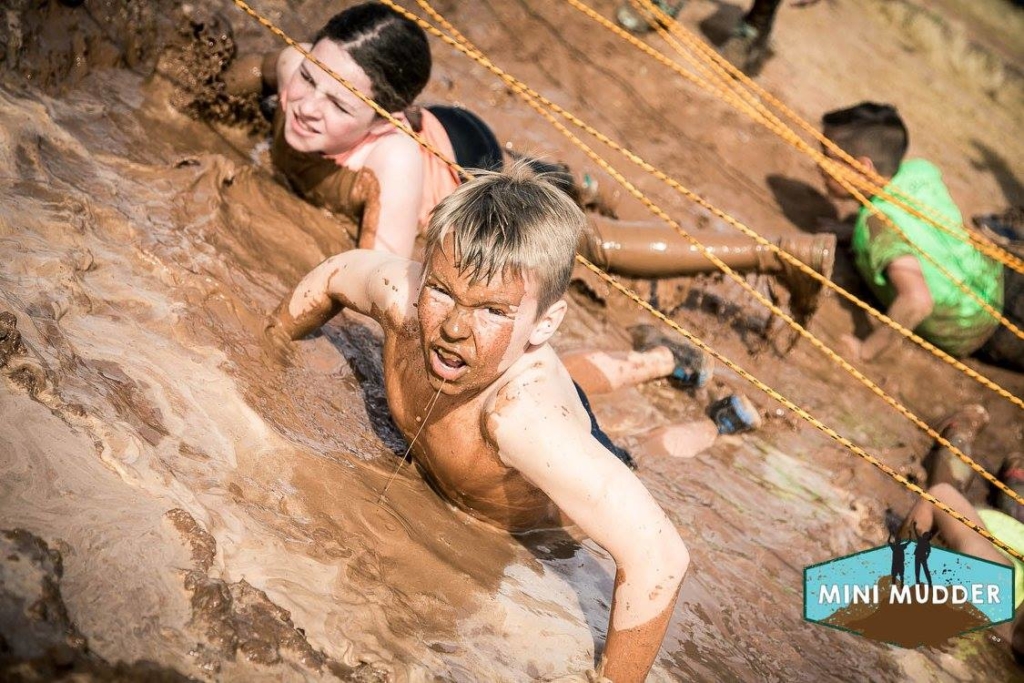 As the rest of the race passed by, I saw less and less of the two leaders. Everest and Pyramid Scheme, usually obstacles that require a team for most, had ropes so you could complete it alone. At mile 6, there was a hairpin turn that doubled back, and I timed myself at 2:40 behind them. There was no way that I could close that gap in 4 miles. Instead, I saw Lou Fisher who had been 20m behind me for the past 3 miles. He was quietly nipping at my heels the whole time, and there were a couple of others behind him.

As we got to the water stop after mile 6, we picked up a 40lbs bag of ice, so I proceeded to power walk. Lou was able to run with it, so he caught up and passed me. He told me of two more guys that were close behind and encouraged me to run faster. As fellow GoatTough athletes, we wanted GoatTough on the podium, so we wanted to work together. When we got to Arctic Enema about 400m later, we had to pour our bag of ice into the water and then follow that ice. We made our bed and had to lie in it. I was able to navigate through this faster than Lou, so I caught up quickly after this obstacle. 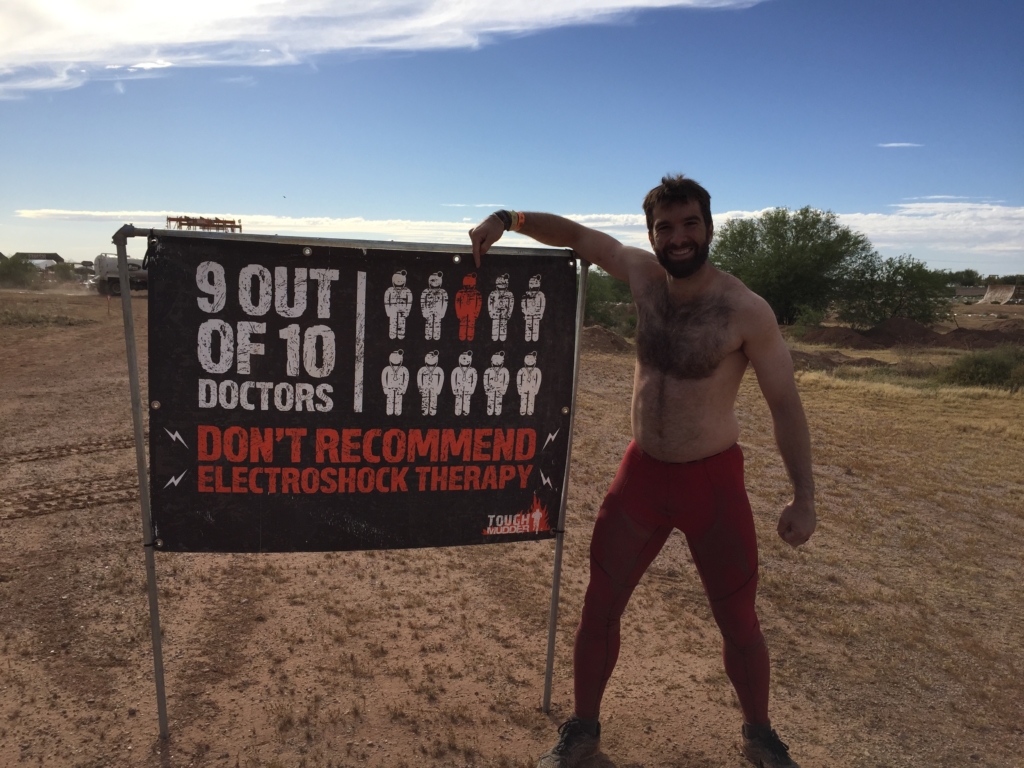 Lou and I talked a bit while trying to maintain a good pace. Lou kept saying that he was tired and wasn’t able to keep going, but he kept on running fast and pushing my pace. He was forcing us to separate from the 5th and 6th place while keeping me honest. If I wanted to get 3rd, I had to earn it. Both of us kept pushing the pace, challenging the other to run faster and faster. Both of us were hurting, but Lou was more vocal about it. When we go just after mile 9, Lou finally started slowing, and I started my final speed up. The separation started growing between us and was solidified through Funky Monkey. 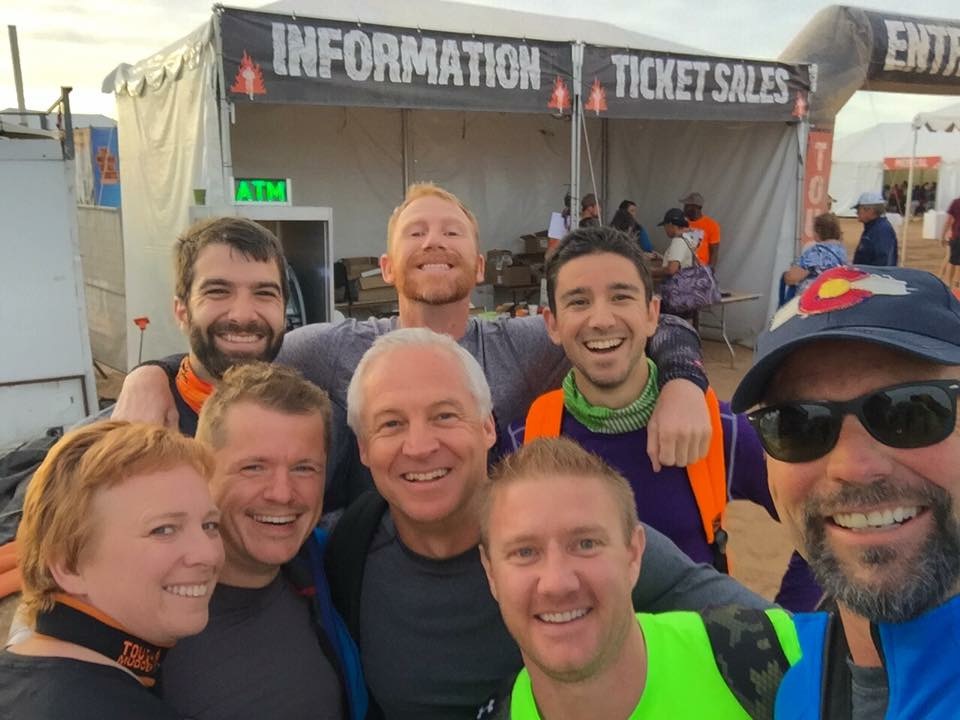 When I approached Kong, the final obstacle, Victor and Forrest had finished a long time ago. I had a good minute buffer, if not more, on Lou. I looked at Kong and saw that the first of five rings was absent. I needed to jump out to the second ring to start swinging across. This is 25ft in the air, and I don’t like heights. I hesitated in the jump a couple of times, trying to psych myself up to do it, and knowing that I had time. I leapt out and suddenly found the second ring right up in my face. The jump looked far but wasn’t. I grabbed that ring with both hands, and quickly navigated through the other rings, sticking around a little just to play. When I saw Lou climbing Kong, I figured I should finish, so I swung to the far side and climbed down, earning 3rd place in a time of 1:25-ish (@drredtights). Forrest Bouge (@forrestruns.ocr) finished in 1:14 and Victor Quezada (@vic_darkdorse10) finished in 1:20. Those are very fast times for 10 miles of Tough Mudder! 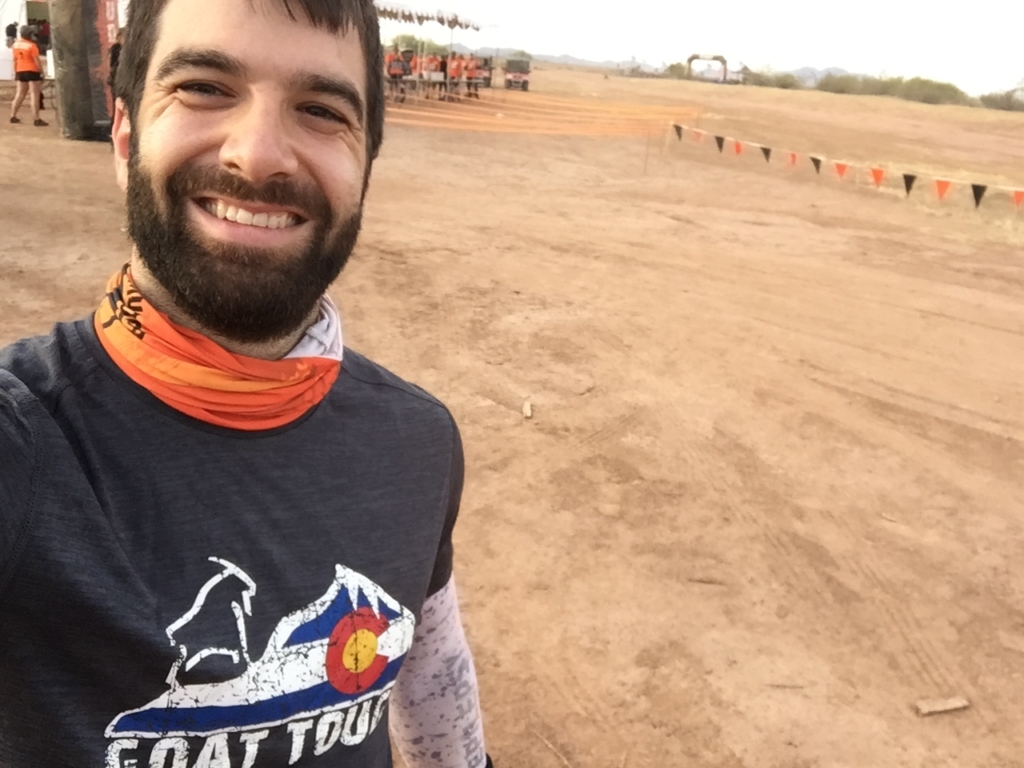 If you have done a bunch of Tough Mudders, or like the competitive aspect of races, Tougher Mudder is a good option to take your race to the next level and try new challenges. They’ll be a tad different from usual non-competitive Tough Mudders, and I always like to explore new challenges, so I enjoyed the experience. Getting a podium finish was a nice bonus.