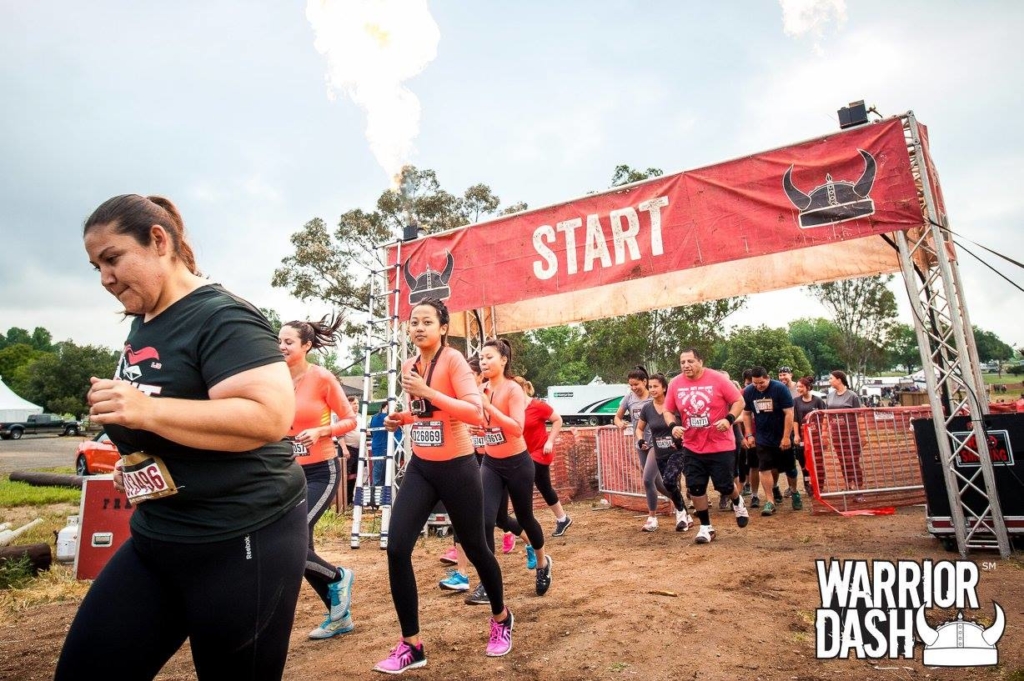 Saturday's Warrior Dash was like visiting a good friend who always brings a smile to your face. The race itself isn't the hardest or the longest. But it is a great test for those new to OCR and want to see how they like the sport we've come to love. Plus it has one hell of a fun festival area for post-race festivities.

The race was held at Prado Park in Chino, about 50 miles east of Los Angeles. Saturday's weather called for a chance of rain in the morning, but that wasn't the case. The skies were overcast and the temps were perfect for racing. This brought out a huge amount of participants for this year's event. The course is located next to a campground and lake, which was drained due to some maintenance being done on it, which allowed us to run through some of it. The race distance was said to be around 3.3 miles, but I saw mine and other people’s posts range from 3.6 to 3.9 miles. 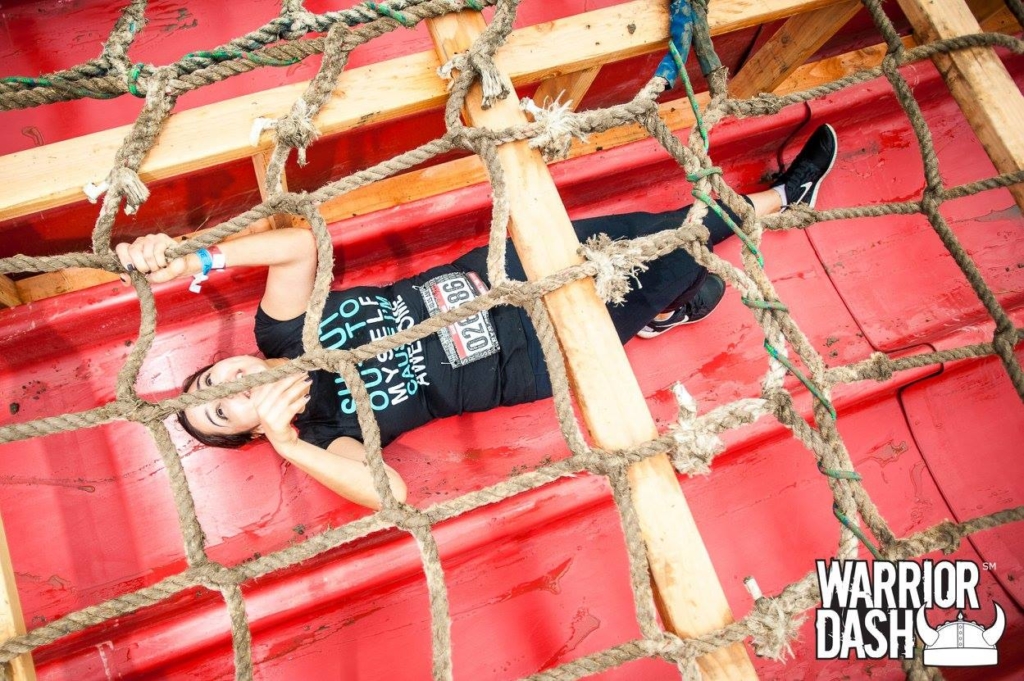 I ran with the competitive group which was timed. The course is over dirt paths and trampled down brush. There aren't many hills to really challenge you too much, which makes this a pretty fast course. The first mile was pretty much obstacle free except for a cool mini fire jump with back to back-to-back fire pits. The rest of the course, which had 12 obstacles, such as Bridge the Gap where you climb up and down a pyramid of planks and Trenches where you get up to your elbows in the mud where you low crawl through covered trenches which included a fog machine to mess with your senses. The last two obstacles are a Warrior Dash staple. Goliath is a two-story cargo net climb to a 30-foot water slide below. This is where people's fear of heights and the pool of water below can be a challenge all its own. But they conquer those fears with a smile on their faces, as you can see from the video. The last obstacle is, of course, Muddy Mayhem. You army crawl 100 feet under barbed wire in mud and murky water with the finish line at the other end waiting for you. 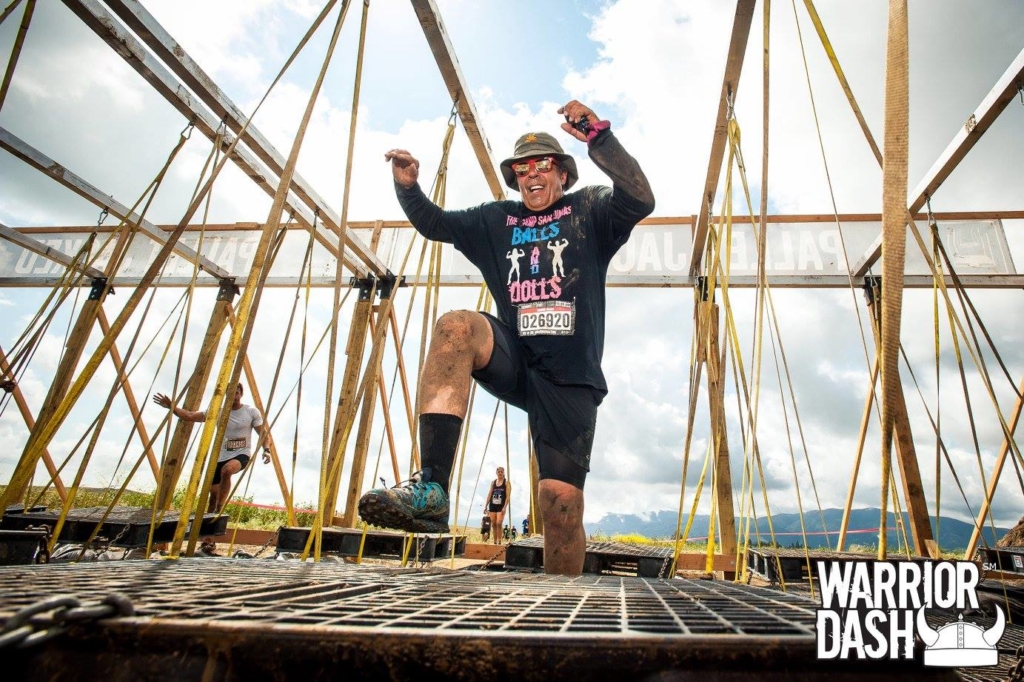 A pleasant surprise though was the shower area. It was the usual hoses with spray nozzles that were suspended from a PVC frame. The difference was these hoses had some serious water pressure!! Not the standard trickle of water coming from the hoses like at most OCRs nowadays. Kudos to Warrior Dash for that. It was much appreciated. 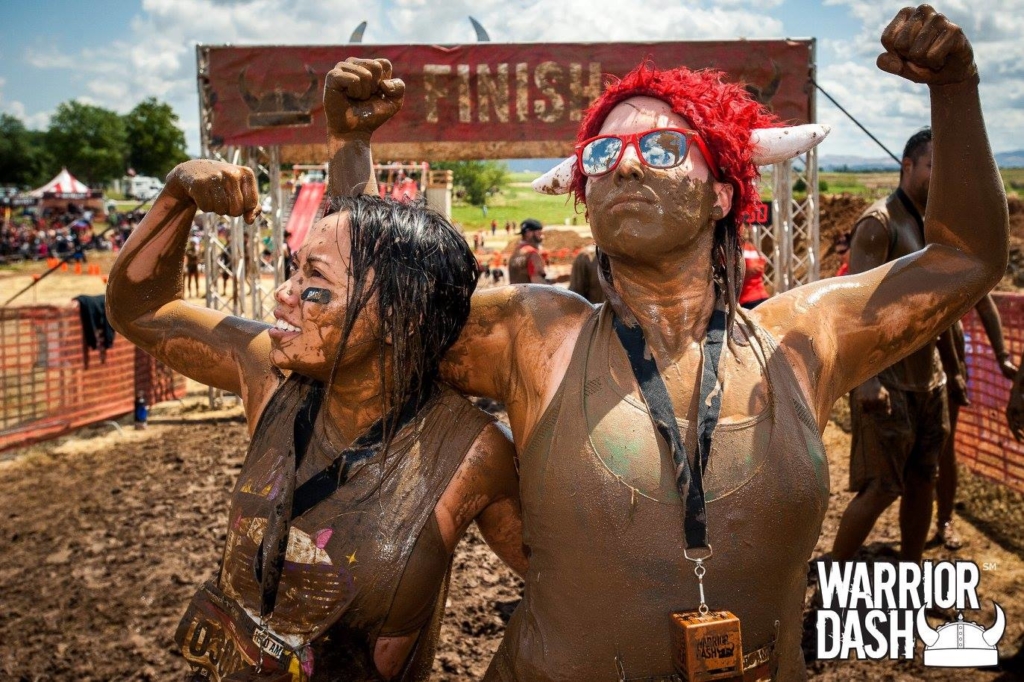 This year's medals were different than in past races. This year it was a small block of wood with different slogans on each side, as well as having numbers on each side that their website says you can use as a die to roll to promote, fun, training routines and more. This was a little underwhelming to me as I really liked the signature helmet design. I guess it can be used as a paperweight if I'm looking at it glass half full. 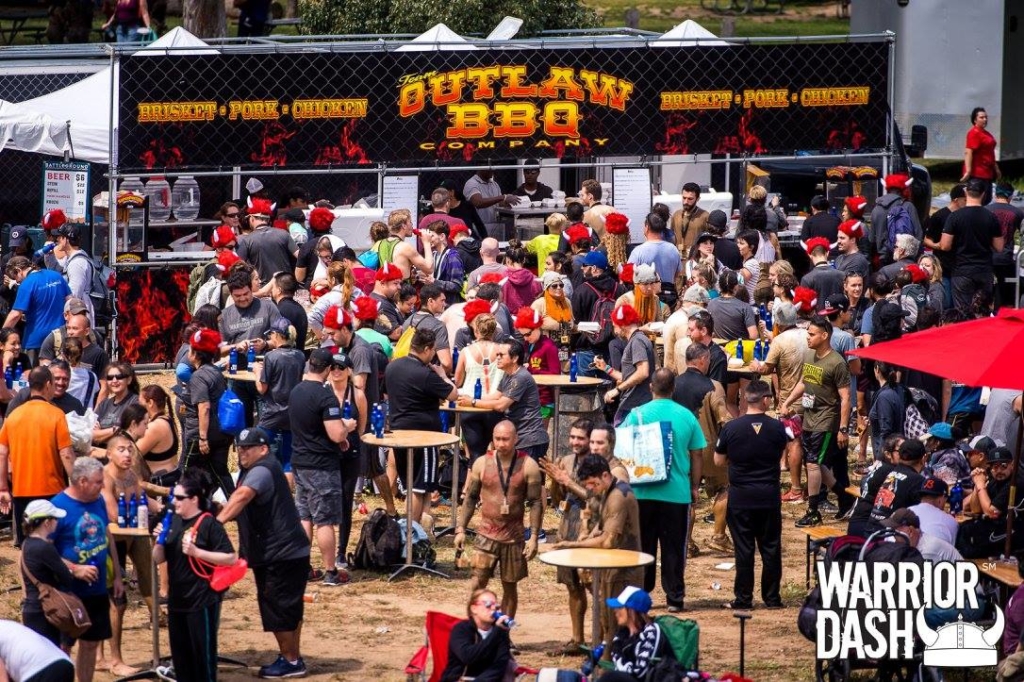 The post-race festival, on the other hand, was AWESOME as usual. From the music to the festival area, to the corn hole and bucket-sized “beer pong like” set-ups, there was no shortage of fun to be had by all, no matter their ages. Out of all the OCR post-race festivals, I've been at, this one ranks as my favorite.

The big winner at Warrior Dash is their charity, St. Jude Children’s Hospital. The unofficial total raised at Saturday’s race was $21,407. There’s nothing better than being able to donate to a cause to help those young warriors battle their illnesses. 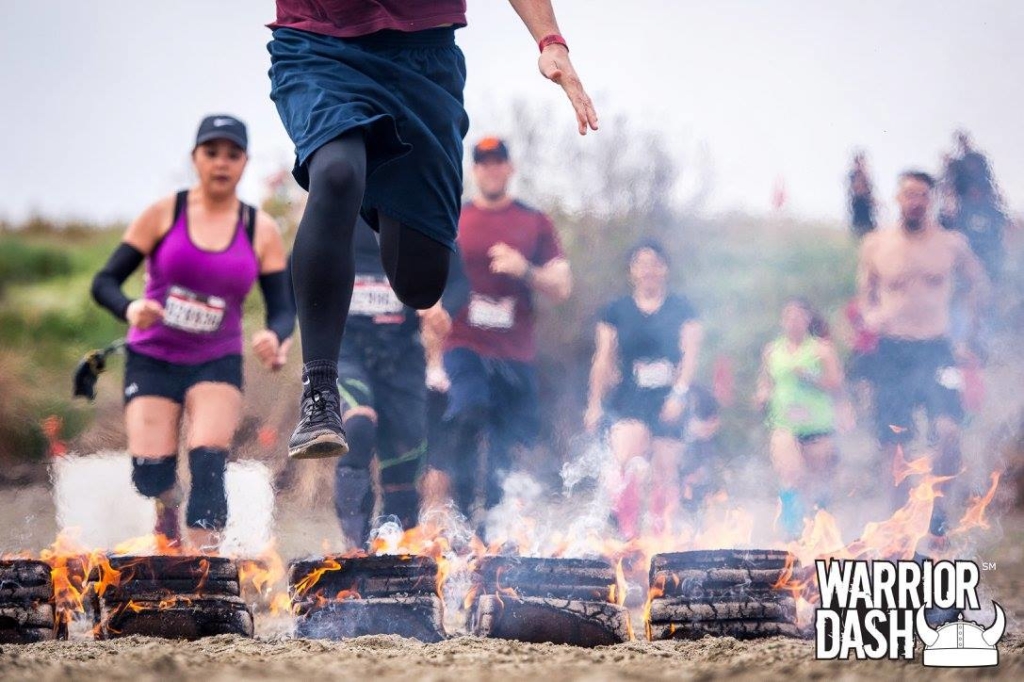 In closing, Warrior Dash is a great OCR event for those new to the sport or those who just want to have a fun time out on the course. The obstacles are doable, the distance is manageable and the post-race festivities are the cherry on top. Now get out there, get muddy and get that fuzzy red helmet!!